ASTANA – Ualikhan Nysanov is the latest Kazakh businessperson to incorporate blockchain into his business model. As the developer of AIDA Service, the construction company owner is using the payment method to eliminate intermediaries as he expands beyond the country’s borders. 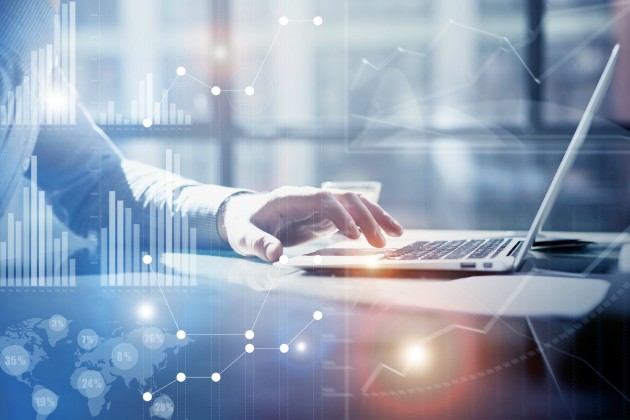 Nysanov is planning to penetrate the North and South American markets by 2019. The company has already raised $376,700 as part of its pre-ICO (initial coin offering), which runs Feb. 28-May 25. The developers expect AIDA Service to enter the international market next year.

The payment method is also used by Smart Satu developer Bolatbek Ospanov, who is implementing his own blockchain system in food markets. The company’s current investment valuation is $20 million.

AIDA Service’s business idea incorporates the algorithm that as soon as a producer-logistics-intermediary-logistics-consumer trade chain tries to optimise the process, he or she is inevitably led to the block contracts application system.

Nysanov explained what led him to work on the blockchain system.

“I studied the processes, trying to optimise them. No matter how much we adjusted our internal business processes and how much we did to automate them, we could not influence other participants of the chain. The manufacturer, the logistic company or a warehouse cannot be forced to work according to certain unified standards. I also understood that mediation – both ours and other participants of the chain – leads to the increase of the final price for the end user. Therefore, I got the idea of ​​creating the service,” he said, according to Kapital.kz.

He noted intermediaries are the biggest earners in the construction market.

“To improve the service, we used a set of all available tools: CRM-systems, project management systems, ticketing systems for receiving and processing tasks, resource management systems and transaction data security systems. But we had to pay for each such system. We realised that the entire market is suffering from this and companies would be happy to drop this yoke,” he said.

“How did it happen that the main player in the market is not a producer or a buyer, but an intermediary? I’ll give an example: if I’m a distributor at a factory, then I have my own dealer network. The problem is that each of my dealers can have their own intermediary. As a result, the buyer reaches the goods with a huge uncontrolled mark-up. It turns out that people who know how to pack and sell earn more than anybody else in the market,” he added.

In addition to their margin, Nysanov noted intermediaries bring new risks to the scheme, such as prolonged deliveries, lack of quality assurance, distorted information about the goods and threats of loss upon delivery.

“I decided to stop that in 2016 and I wrote a technical assignment for the service. The main idea is to make a service for all market participants, where everyone will benefit. We created a product that integrates customers, manufacturers, logistics and warehouses into one network and at the same time eliminates all intermediaries,” he said.

“We are one of the first companies in the world to write a smart contract stating that investors can return the funds invested in the project at the stage of crowd sale. Regardless of the ICO results, our team intends to continue developing and implementing the service. We have been working independently for seven months and will soon be able to generate funds for further development. But at the expense of attracted funds, we will be able to conduct marketing and development faster and better, train experts, attract more professional staff and, as a result, we will implement the product faster. Also, money is the key to business scaling, because marketing is not cheap, given that it needs to be done for almost all countries,” he added.