By Aigerim Sadykova in International on 6 March 2018 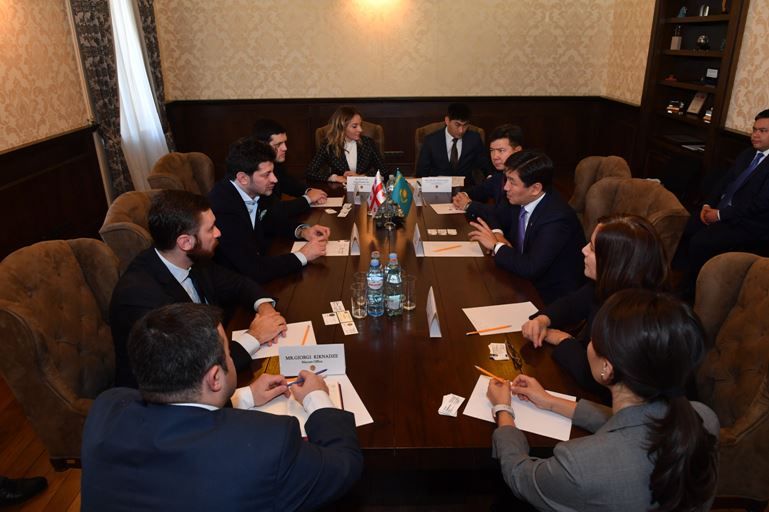 “Today, Kazakhstan is included in the top 10 countries [whose citizens] visit Georgia, while many of our citizens come to Kazakhstan,” said Kumsishvili. “We have an interest in cooperating and exchanging experience in tourist clusters of the economy.”

According to 2017 end-of-year data, commodity circulation between Almaty and Georgia increased 14.5 percent compared to 2016, reaching more than $81 million. The city has 51  enterprises with Georgian capital in trade, finance, construction and medicine.

Kaladze expressed interest in sustainable transport and waste management projects implemented in Almaty, while the city administration is interested in Georgian experience in tourism marketing and legislative solutions, identified as one of the new drivers of the Almaty economy.

“Megalopolises face common problems like the increase in the number of private vehicles, deterioration of utility networks and the utilisation of solid domestic waste. It leads to the worsening of the environment. For us, as for Almaty, a stable system of public transport is an important aspect,” he said.

He added there is great potential in each area for cooperation with Kazakhstan. The administration plans to reconstruct the old city and renew the automobile fleet.

Almaty has great investment potential for Georgian businesspersons in logistics, tourism and the Smart City project, said Baibek. The project has been implemented in five large Kazakh cities to create Smart Aktobe, Smart Almaty, Smart Astana, Smart Karaganda and Smart Ontustik, according to Minister of Information and Communication Dauren Abayev. The main priorities are improving the quality of residents’ lives, increasing the share of public services in electronic form and including Kazakhstan in the Smart City international rating.

The Almaty administration is following the “city for people, not for cars” principle by modernising one-third of the historic city centre, as well as renovating the bus park and developing bicycle infrastructure and BRT (bus rapid transit). 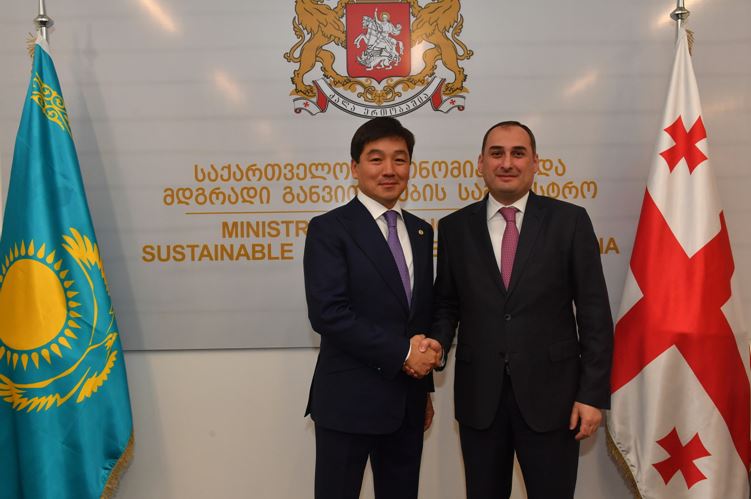 The delegation also inquired about the public service process provided through the one-window principle at the Tbilisi House of Justice. The drive-thru system allows citizens to remain in their car during their visit.

The Georgian administration recommended citizens switch to environmentally friendly modes of transport, such as electric and hybrid cars, according to Khabar24 channel. Imported electric cars are not taxed and the tax on hybrids has been reduced by 60 percent since last year. The administration noted the first stage is updating automobile fleet; the reform began with Ministry of Internal Affairs employees.

Baibek noted this year marks the 25th anniversary of the cooperation agreement between Almaty and Tbilisi, adding 2018 will set a new stage in strengthening bilateral relations. Diplomatic relations between Kazakhstan and Georgia were established July 23, 1992.