Celebrating 25th anniversary of friendly relations between Kazakhstan and Singapore 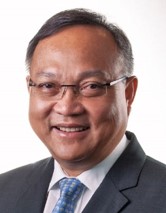 Ambassador Zulkifli, you are giving this interview on the occasion of the 25th anniversary of the establishment of diplomatic relations between Kazakhstan and Singapore, how would you describe the dynamics of relations between the two countries during this period?

Ties between Singapore and Kazakhstan have grown from strength to strength over the last 25 years. Both sides have built on the close friendship between President Nursultan Nazarbayev and the late Lee Kuan Yew, with many high-level exchanges today that helped foster closer connections between our respective leaderships.

For example, Emeritus Senior Minister Goh Chok Tong visited Kazakhstan in September 2016, while then-Speaker of Parliament Dr. Halimah Yacob, who is now Singapore’s President, visited in June last year.  Asset Issekeshev, the Mayor of Astana and Bauyrzhan Baibek, the Mayor of Almaty, visited Singapore in October and November 2017 respectively to explore synergies between our hub cities.  The most recent visits were made by Chairwoman of the Senate Committee for International Relations, Defence and Security Dr. Dariga Nazarbayeva and Chairman of the Supreme Court  Zhakip Assanov in February this year.

Our institutional linkages are also growing.  Let me cite a few examples. First, our Civil Service College is collaborating with Kazakhstan’s Academy of Public Administration on leadership training, with two workshops for 150 Kazakh officials conducted in 2016. Both sides are now planning a follow-up course on public administration and public service reforms to take place this September.

Second, the Lee Kuan Yew School of Public Policy (LKYSPP) has recently renewed its partnership with Nazarbayev University to offer Masters programmes and courses to promising Kazakh executives. The LKYSPP has conducted courses for more than 700 senior Kazakh officials to date.

Third, our foreign ministries convened an inaugural round of bilateral consultations in July 2016. Apart from serving as a mechanism to take stock of the bilateral account and explore new initiatives, it has been useful in exchanging views regarding developments in our respective regions.  We look forward to hosting the next round of the consultations.

Fourth, Kazakh officials continue to embark on various benchmarking visits to Singapore, ranging from urban and transport planning to e-justice and ICT policy-making and implementation.

We welcome more of such visits as opportunities for both countries to exchange ideas and experiences and strengthen ties at all levels.

In your opinion, what are the main prospects for development of bilateral relations between Astana and Singapore?

Let me focus on trade. While Kazakhstan is Singapore’s largest trading partner in Central Asia today, there is potential to do more to strengthen our economic linkages. Singapore’s strategic location along the Maritime Silk Road and Kazakhstan’s position along the Silk Road Economic Belt make us complementary partners of land and sea.

Singapore companies have ventured into Kazakhstan in the fields of master planning and education. There is increasing interest from our respective business communities to cooperate in sectors, such as information and communications technology as well as urban solutions. Initiatives like the Astana EXPO2017 and Singapore’s participation in the Expo have helped to draw attention to the immense opportunities in Kazakhstan to our business community. Meanwhile, Singapore can be considered as a platform to attract investments from, and through Singapore, to Kazakhstan. We are also a key hub in the Asia-Pacific region and a gateway to the 600 million-strong ASEAN market for Kazakhstan investments.

There is progress at the strategic level to put in place the long-term mechanisms to promote investments and trade. Negotiations for a bilateral investment treaty have concluded and we look forward to its signing soon. We are also working with Kazakhstan to conclude a free-trade agreement between Singapore and the Eurasian Economic Union, which will benefit businesses from both sides significantly, including cost savings. I am confident that these will spur greater economic cooperation and bring our countries closer together as investment gateways for our respective regions.

What do Kazakhstan and Singapore have in common?

Despite the vast differences in our land mass and the geographical distance, we share some similarities with Kazakhstan, such as our multi-religious and multi-ethnic societies. As young nations, Singapore and Kazakhstan also share a common interest in developing our economies and “soft” infrastructure, including developing our human resources and grooming our next generation of leaders.

Kazakhstan is developing rapidly and has set the goal of becoming one of the top 30 most developed countries by 2050. I read President Nazarbayev’s recent address in January 2018 on the 10 priorities that Kazakhstan needs to implement for its next stage of development, such as introducing smart city technologies, strengthening the rule of law and public administration, as well as fighting against corruption. Many of these areas resonate with Singapore’s developmental experience. Meanwhile, we are not resting on our laurels despite promising economic growth figures (Singapore’s economy grew by 3.5 percent in 2017, which is more than double of the government’s initial forecast). For instance, the government has economic restructuring plans in place and working with the unions and businesses to implement industry transformation maps, inculcate lifelong learning in the Singapore workforce, and help affected workers to adapt and grow in their new jobs.

As two vibrant economies and societies that are doing our best to navigate a more turbulent and challenging world today, there is much more that we can work together on and also learn from each other. Singapore is happy to continue sharing our development experience with Kazakhstan. However, Kazakhstan needs to adapt our experiences to its own needs and context. 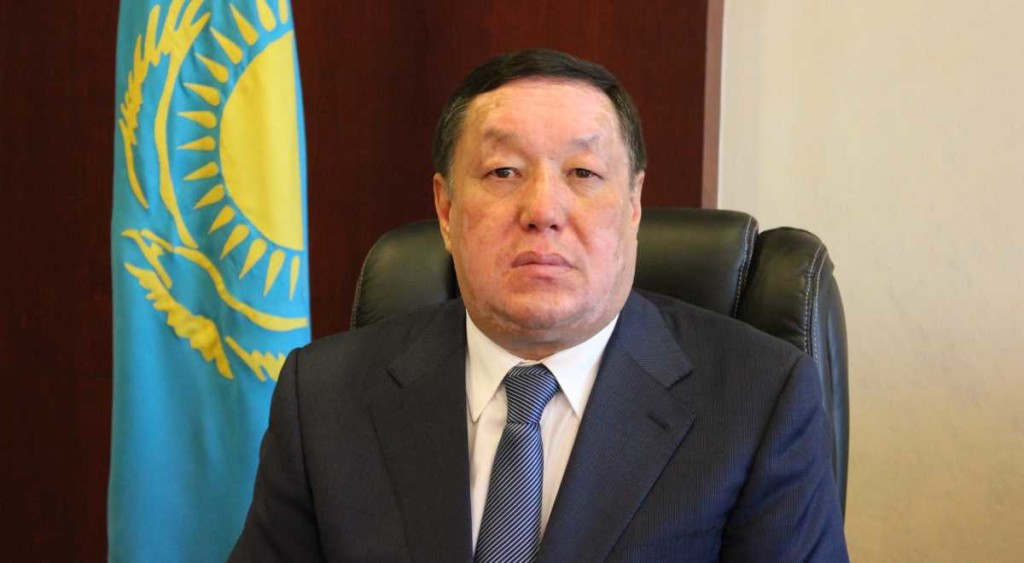 Ambassador Dr. Usen Suleimen, is there anything Kazakhstan has learnt from Singapore’s development experience?

Over these years, Kazakhstan has picked up a number of (elements of) Singapore’s experience, especially in finance, education, civil service and (establishing a) financial centre. I would like to highlight some significant examples.

The first is the establishment of the Samruk Kazyna Sovereign Wealth Fund), which is based on the structures of the Temasek Holding and the government of Singapore Investment Corporation (GIC). We also picked up some experience in establishing our international financial centre, as well as reforming our pension system, where we have borrowed some ideas from Singapore’s Central Provident Fund system.

Another good example is the Bolashak scholarship programme, established in the 1990s. It is similar to Singapore’s public service scholarship system. Every year, the Kazakh government sends up to 500 Kazakhs students overseas to study in the world’s leading universities.

In reforming our civil service, Kazakhstan has established the so called Corps A for senior executive government officials. Its structure is similar to Singapore’s administrative service.

Ambassador Suleimen, what are the most promising areas to enhance cooperation between Kazakhstan and Singapore?

Actually, from the very beginning, the leadership of Kazakhstan has been adhering to the fundamental principle, “economy first, then politics,” which President Nursultan Nazarbayev learnt from the late Lee Kuan Yew.

Nowadays, the world does not stand still and is rapidly becoming globalised and interconnected. Against this backdrop, with its strategic location on the world map, Kazakhstan is becoming one of the attractive destinations for doing business.

Despite being the largest land-locked country, Kazakhstan is now joining the list of prospective countries to do trade internationally.

Recently, in January 2018, President Nazarbayev delivered his annual address to the nation, in which he outlined 10 top priorities, aimed at achieving the goals of the Fourth Industrial Revolution, specifically focusing on digital economy, trade and infrastructure. In this context, Kazakhstan has every opportunity to enhance interaction with Singapore almost in every priority voiced by President Nazarbayev in his address.

Nowadays, in light of unfolding global integration processes in trade and economic dimension, particularly along the Belt and Road Initiative (BRI), our two countries and regions have real opportunities to achieve an essential breakthrough in the midterm perspective.

It is no coincidence that BRI was first announced by the Chinese leader Xi Jinping during his visit to Astana in September 2013. Apparently, such an announcement became a clear message that Kazakhstan has an important role within the mega project.

Connecting BRI to Kazakhstan’s infrastructure development programmes would give a great impetus not only to the development of trade and economic cooperation between our countries and regions but may transform Kazakhstan into a transport-logistical and transit hub in Eurasia. This is where Singapore can actively be involved in these infrastructure projects.

Indeed, our countries have enormous potential within BRI. Development of infrastructure potential has the paramount importance for Kazakhstan. Kazakhstan has a huge infrastructure potential and respective sites, it has concrete vision and appropriate state programmes to elevate its logistics potential to a higher level. Kazakhstan intends to increase the volume of transit freight traffic up to two million containers by 2020 through transcontinental transportation corridor between Asia and Europe, which has several links. Almost of all them cross Kazakhstan’s territory.

In particular, we can use the opportunities of the Khorgos free economic zone on the border with China and the Kazakhstan-Chinese joint logistics terminal in the Lianyungang Sea port in the northeast of China through which businesses of the two countries can deliver goods in both directions via railroad and sea routes.

I would also include the Western Europe – Western China international transit auto-corridor, with a total length of 8,445 kilometres, of which 2,787 kilometres go through Kazakhstan.

In addition, recently, Kazakhstan officially established its full-fledged financial centre, the Astana International Financial Centre (AIFC). In fact, AIFC has no parallels in the Central Asia the Commonwealth of Independent States region, and is based on its prototypes in Singapore and Dubai. AIFC aims to become a sort of Singapore in Central Asia, spanning Central Asia, the Caucasus, the Eurasian Economic Union, Middle East countries, Western China, Mongolia and Eastern Europe, which is almost the main route of the land-based Silk Road. Having this in mind, AIFC’s main goal is to become a regional financial hub within BRI.

To sum up the main outcomes and future prospects of bilateral relations, we can say with confidence that both countries have built a solid foundation, which now has all the opportunities to be elevated to the strategic partnership level in the midterm perspective.