We want to continue to be real partner for Central Asia, says EU Special Representative

“The timing for this discussion is excellent and cannot be better since we have started consultations involving our member states and partners on a new strategy for Central Asia, which will be fully aligned with our global strategy and which could better reflect new realities in the region, ambitions, priorities and needs of our partners, strengthening their resilience as indicated also in the consensus for the development agenda for 2030,” he noted in addressing more than 150 delegates attending the two-day conference. 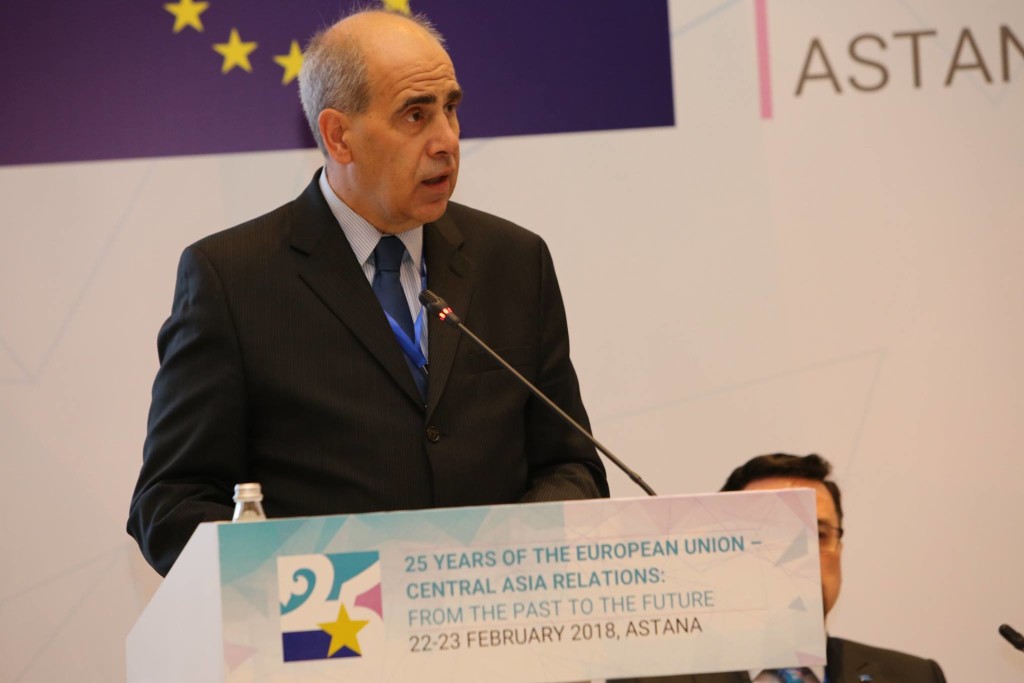 EU-Central Asia relations have strengthened with the 2007 adoption of the EU and Central Asia: Strategy for a New Partnership covering a wide range of issues, including priority areas of tackling common security threats, promoting rule of law, education, environment protection and water management and incorporating both a country-specific and regional approach. The renewed document is expected to be ready next year.

“I am pleased to note that through these 25 years our partnership has gotten stronger and matured and, in particular, in the recent two-three years acquired a new content and dynamism also thanks to a very proactive attitude of our partners to inter- and intraregional cooperation,” he added.

The conference, Burian noted, is an essential part of consultations between the EU and each of the five Central Asian nations.

“Tomorrow we will have the same kind of discussions with Kazakhstan and I remember clearly your contribution to updating the strategy in 2015, where we felt even more than previously that you assume leadership and also ownership of the implementation of our strategy,” he said on the first day of the conference.

Burian noted the EU has been supporting the independence and sovereignty of its Central Asian partners since the beginning.

Significant potential for cooperation, the growing market within the region and geographical location of Central Asia as a “major gateway between Europe and Asia” are among the reasons explaining the region’s importance for the EU, he said.

“We applaud the important progress our partners in Central Asia have achieved in building their new socio-economic systems, creating legislative systems and development programmes and strategies for reforms and sustainable development,” he added, stressing the EU’s important role as the biggest donor.

Regional challenges are complex for nations to address alone.

“The EU has identified the cooperation with the Central Asian countries on sustainable development and strengthening their resilience as one of the key priorities of EU-Central Asia strategy,” said Burian.

The EU projects contributing to the region’s development and prosperity have so far totalled more than one billion euro (US$1.2 billion) and though the assistance continues, the main work should be done by the nations themselves, he said.

The EU also continues to deepen cooperation with each Central Asian nation through its enhanced partnership agreements, the first signed with Kazakhstan in 2015. To date, 21 of 28 EU member states have ratified the Enhanced Partnership and Cooperation Agreement (EPCA) with Kazakhstan, while the European Parliament, too, has given its consent. EPCA, in force provisionally since May 2016, will eventually cover 29 areas of cooperation once it is in full force, ranging from cooperation in space to public procurement procedures.

Expanding cooperation with the EU is a “strategic foreign policy priority” for Kazakhstan, said Foreign Minister Kairat Abdrakhmanov in his keynote remarks to the conference, emphasising the result of these 25 years is a “solid foundation for the dynamic growth” of bilateral cooperation. 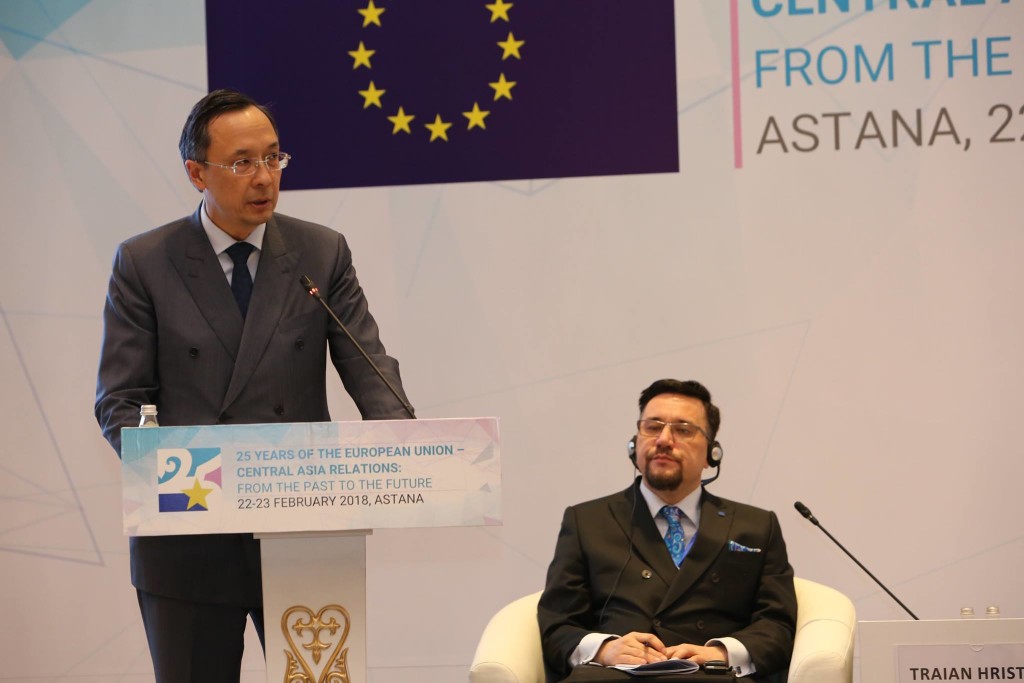 The EU has been the largest investor and trade partner, with Kazakh-EU trade accounting for nearly 50 percent of the nation’s total external trade and more than 6,000 joint companies working across many areas.

“We would like to see the revitalisation of joint work on the development of private entrepreneurship, small and medium-sized businesses – an important structural element of the economic foundation of any country,” he said.

Developing transport and transit potential and bolstering connectivity mechanisms and processes are of equal importance, noted Abdrakhmanov. The measures should help the region evolve and achieve quality integration in global processes, rather than serving as a “simple transit corridor for goods and energy resources between Europe and Asia.”

Kazakhstan’s fourth proposal entails bringing in EU expertise to assist the region in digital transformation, which has topped the nation’s agenda.

Burian noted the region has managed to preserve and reinforce stability despite many challenges, including the challenging situation in neighbouring Afghanistan, economic slowdown and climate change. He went on to reaffirm the important role of Central Asian nations in achieving stability and security in Afghanistan.

“Improved security in Afghanistan would benefit everybody and in this respect, we commend Kazakhstan’s initiative in actually organising the first debate in the UN Security Council on regional security and development and the Uzbek initiative in convening a regional conference on Afghanistan in March,” he added.