ASTANA – Bayan Sulu, a Kazakh confectionery based in Kostanai, produces 31 percent of local sweets and is launching new products to replace imports and boost exports. 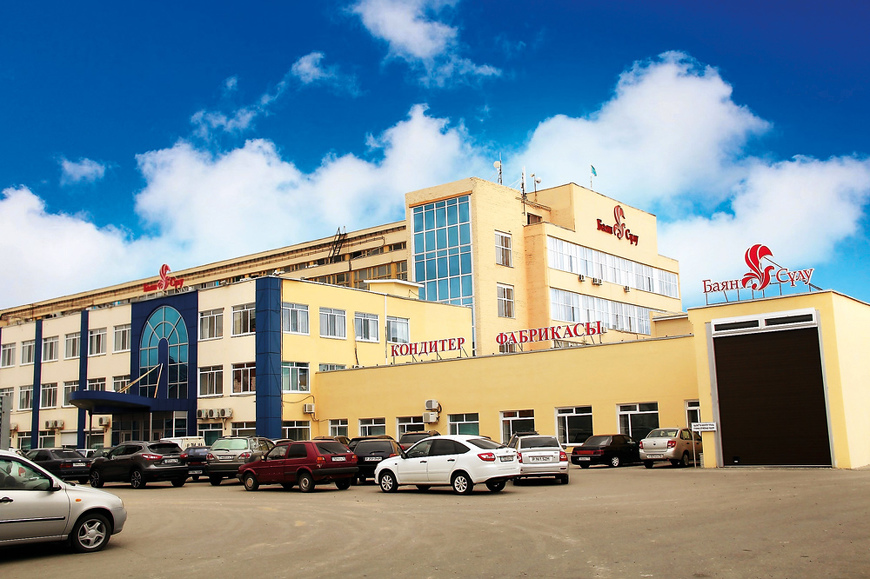 Since its establishment in 1974, Bayan Suly has prioritised stability and taken a systemic approach to business development. This principle allowed it to survive the harsh 1990s and earn a third of the domestic sweets market share, producing more than 300 types of sweets and approximately 50,000 tonnes of cookies, candies and waffles per year.

Now, the company aspires to replace imported sweets with its products.

Production of chocolate bars similar to the world-famous Mars, Snickers and Milky Way was launched in December, as was a line of glazed cookies resembling Twix. The cost of the project, capable of producing 5,600 tonnes per year, is 1.5 billion tenge (US$4.47 million), of which 1.2 billion tenge (US$3.73 million) came through a Sberbank loan. A government subsidy through the Business Road Map 2020 programme provides for 10 percent of the interest on the loan, leaving Bayan Sulu to pay 3 percent interest.

“We currently primarily aim to replace imported products with local goods; however, we also seek to boost exports. Fortunately, this is made possible with the state support of export-oriented manufacturing entities, in particular Kazakh Export and Kazakh Invest,” said Bayan Sulu President Timur Sadykov.

The confectionery buys input products such as flour, sugar and packaging, domestically. However, since cacao beans are imported, there is a dependent relationship between product prices and imported ingredients.

Currently, about 35 to 45 percent of total production volume is exported to Kyrgyzstan, Uzbekistan, Azerbaijan, Afghanistan, Mongolia, China and Russia, importing almost 90 percent of all Bayan Sulu exports, according to Forbes.kz.

“Most factories employ the same machinery and the same ingredients, thus the only opportunity to lower costs is to change the recipe; in other words, to substitute expensive ingredients with cheaper ones. However, we refuse to do that, and have to compete with unscrupulous producers who use flavours instead of milk and vegetable fats instead of chocolate,” said Sadykov.

Despite the presence of major local confectioneries like Rakhat, Bayan Sulu and Ulker, half of Kazakhstan’s sweets are imported from Russia, Ukraine and Turkey.

“We view local producers as partners rather than rivals, since they also play an important role in the domestic food industry. Therefore, our only common rival is import,” noted Sadykov.

Bayan Sulu acquired equipment for waffle products with the help of DBK-Leasing, a subsidiary of the Development Bank of Kazakhstan, in an attempt to increase its product range. Five production lines with the capacity of 700 kilogrammes per hour cost the factory 1.85 million euros, out of which DBK-Leasing provided 1.275 million euros for nine years.