ASTANA – One year after celebrating their 25th anniversary of diplomatic relations, Malaysian Ambassador to Kazakhstan Syed Mohamad Bakri recently told The Astana Times the two countries have built strong and friendly ties. He also discussed the current state of relations, possibilities to deepen cooperation and similarities between the nations. 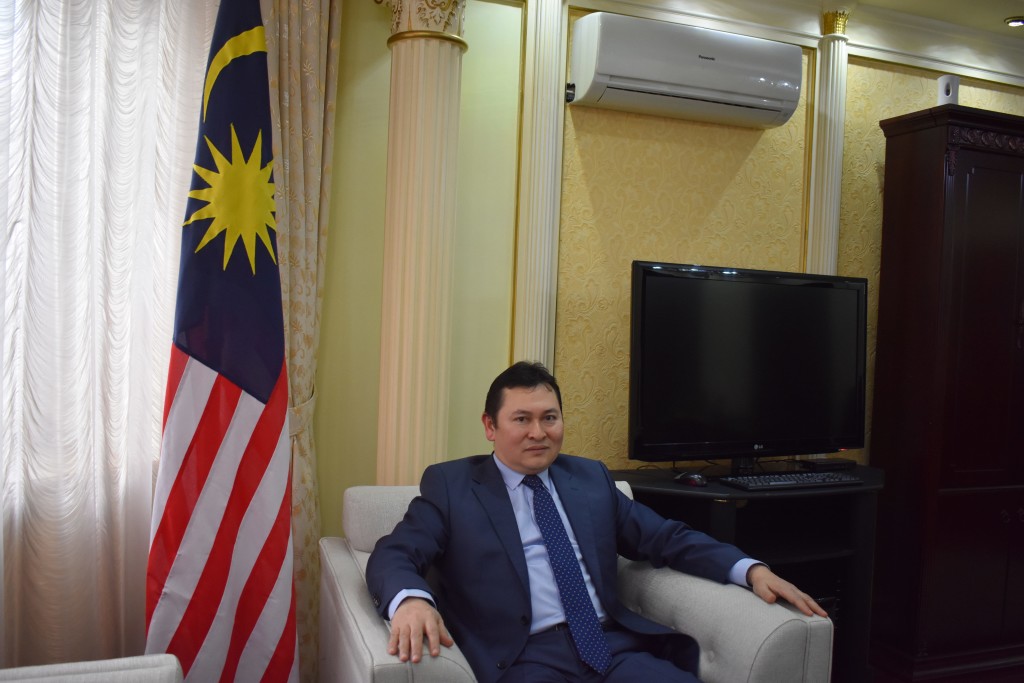 “Relations have been very strong, friendly and brotherly between Malaysia and Kazakhstan. Kazakhstan is a very important country for us. In Central Asia, Kazakhstan is the main country [for us] and we have very strong political relations at the highest level, as well as between the ministers and officials,” said Bakri.

The solid Kazakh-Malaysian partnership also traverses the multilateral frameworks, including the Organisation for Islamic Cooperation (OIC) and Association of Southeast Asian Nations (ASEAN).

“You are now a member of the United Nations Security Council and we were a member in 2015-2016,” said Bakri.

The Malaysian outlook is similar to Kazakhstan’s, as the nations value moderation and seek to achieve peace and friendly ties.

“Kazakhstan also champions dialogue between civilisations and zero tolerance for terrorism and Malaysia is also like that, a very moderate country. That is why Malaysia and Kazakhstan are very good friends,” he added.

Cooperation is dynamic at all levels. The trade turnover was $44.7 million in 2016, rising to $69.4 million the following year.

“It also trickles down to private sector people and businesses from both countries. It has been very strong,” noted Bakri.

Last summer’s EXPO 2017 in the capital served as a “catalyst,” expanding business contacts among other positive results.

Several Malaysian companies have been successfully operating and investing in the Kazakh economy. Malaysian-controlled Steppe Cement, a leading cement producer in Kazakhstan, has its plant in Karaganda.

In March 2016, Malaysia’s Reach Energy purchased a 60-percent stake in Emir-Oil Fields, the company that controls the oil and gas producing blocks in Mangistau region. The company now owns and operates 54 oil and gas wells and seeks to increase the number to 86 by 2026.

Malaysian companies are willing to come to Kazakhstan.

“But at the same time, it also depends on whether Kazakhstan is in need of particular technologies. Maybe we have technology and expertise, but maybe it is not something that Kazakhstan requires. It needs to be a match between both,” said Bakri.

Islamic banking can be among those matches, as Malaysia is regarded as a pioneer in Islamic banking and finance and the country is ready to share its experience with Kazakhstan, he added.

“There have been discussions between Malaysian bankers and AIFC on having stronger cooperation in Islamic banking,” he said.

Bakri noted Malaysia is also interested in importing Kazakh meat due to its high quality.

“Your beef and lamb are actually of a very high quality because your agriculture is organic. You have so much land and animals are roaming around, so the quality of your meat is very good,” he said.

The challenge, however, is the geographic distance between the countries, an “unfortunate obstacle” that increases costs, he added, making it less competitive with meat that Malaysia currently imports from Argentina, which is transported by sea.

Though the distance might inhibit trade, it is not the case in tourism, as more and more Kazakh citizens are choosing Malaysia as a holiday destination. The year-round warm weather and tropical climate, a number of adjoining islands and location near to the sea make the country an attractive tourist destination. The availability of direct flights, including the Almaty-Kuala Lumpur route operated by Air Astana since 2011, and a visa-free regime allow Kazakh citizens to stay up to 30 days without a visa.

Though the numbers are not the same for the other side, Bakri believes Kazakhstan’s tourism potential is big, but in need of bigger promotion. Hosting international events can drive the numbers up.

“The international events that you have been hosting, for example, the expo, where there were a lot of Malaysians, was a good way to introduce Kazakhstan to the world, including Malaysia,” said Bakri.

Malaysia is equally popular among Kazakh students due to its English-language instruction and quality of education equal to the U.S. or U.K., but at a lower price, the diplomat said. Last year, 1,064 Kazakh students were studying in Malaysia and to date, more than 8,000 have graduated.