By Dana Omirgazy in International on 1 February 2018

ASTANA – The Kazakh National Academic Library is continuing its international project to promote Kazakh literature by opening centres in different countries. Seventeen centres have been launched since 2016, including in the national libraries in China, Finland, Hungary, Japan, South Korea and Turkey, reported the national library press service. 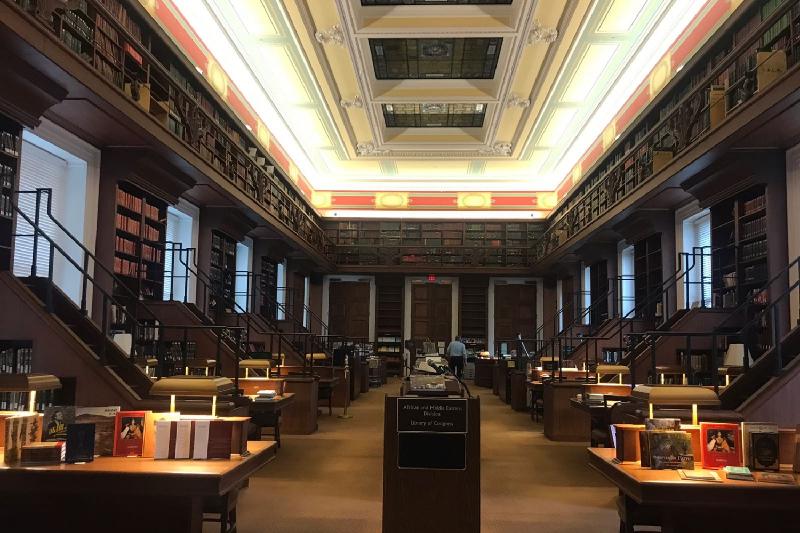 The most recent Kazakh Literature and Culture Centres opened Jan. 19 in the New York Public Library and Jan. 23 in the Library of Congress in Washington D.C. The latter, established in 1800, is the oldest federal cultural institution and the largest library in the world. Its collection of more than 156 million publications serves in excess of 1.8 million readers each year.

“The Kazakh side donated books to the library in the Kazakh, Russian and English languages ​​about Kazakh President Nursultan Nazarbayev and his works, historical and popular science literature about Kazakhstan and works of Kazakh poets and prose writers. A new edition of the President’s new book ‘Era of Independence’ was unveiled. This is a political essay which characterises the stages of formation of the sovereign state since its foundation, showing the principles of making important historical decisions on internal and external challenges over 26 years of independence,” according to the release.

Library readers will be able to learn about Nazarbayev’s role in the international political arena, establishing Kazakhstan as an independent state, holding EXPO 2017 and the history of the transfer and construction of Astana as the new capital. Colourful publications and albums depict the city’s history and the country’s architectural masterpieces and sacred places, culture, national dress, customs, sports, education and nature.

“The collection of books is represented by publications of Kazakh poets Abai, Shakarim and Zhambyl, scholar Shokan Valikhanov, writers Mukhtar Auezov and Sabit Mukanov, contemporary authors Olzhas Suleimenov, Bakhytzhan Kanapyanov, Rosa Mukanova, Serik Turgynbekov and many others. Translations by young poet and writer Bekzat Smagulov of the fairy tales of American writer and illustrator Ruth Sanderson are special gifts of the Kazakh National Library. The Library of Congress keeps books by Ruth Sanderson in English. Now, the collection of books will be replenished with publications in the Kazakh language,” according to the press service.

The books will always unite the peoples and continents, noted Kazakh National Academic Library head and project initiator Umitkhan Munalbayeva as she commented on the news.