By Aigerim Sadykova in Sports on 19 February 2018

ASTANA – Kazakhstan’s cheerleading achievements are mounting and the sport is developing in the country, President of the country’s Federation Union of Cheerleading and Cheer Sport (KUC) Ruslan Mammadov told The Astana Times. 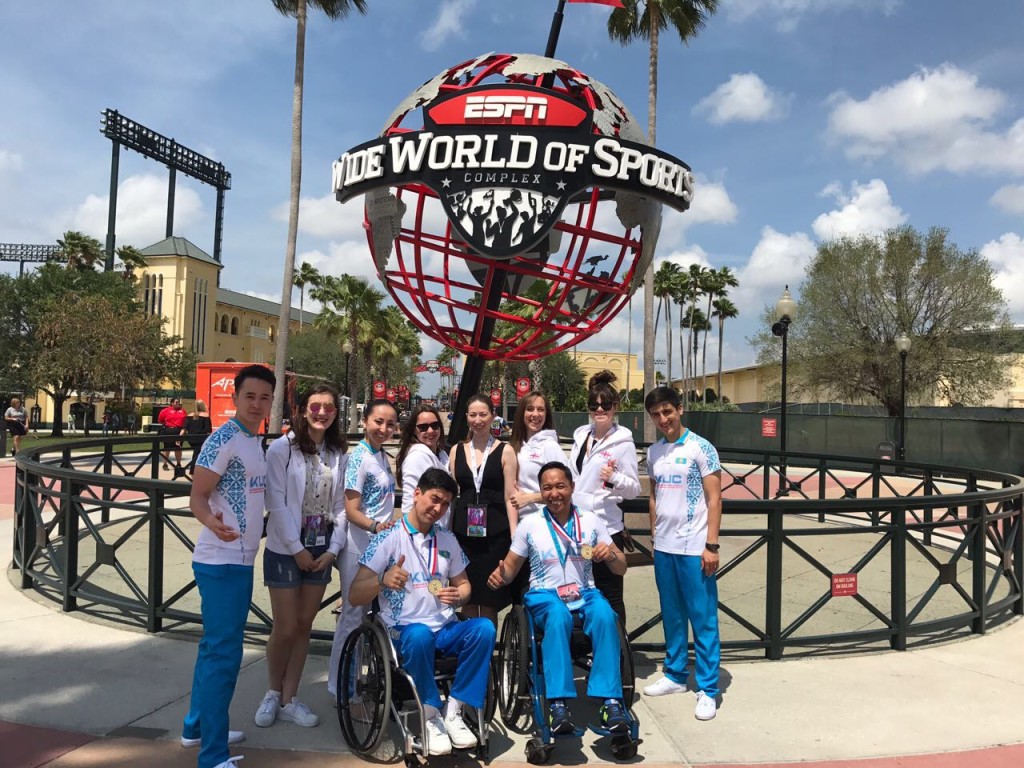 Cheerleading and Cheer Sport team at the World Championship 2017, Orlando.

Last year was a breakthrough year for Kazakhstan in cheerleading at the international level. A Kazakh team became the first among Commonwealth of Independent States (CIS) countries to win a gold medal in the U.S., the homeland of cheerleading, in the International Cheerleading Union (ICU) World Championship.

Kazakhstan’s cheerleading team also took the bronze at the Asia Championship in Japan and returned with silver medals from the South Korean World Beach Cheerleading Open Masters. Kazakhstan’s athletes have gained experience at international competitions as an ICU member since 2009. 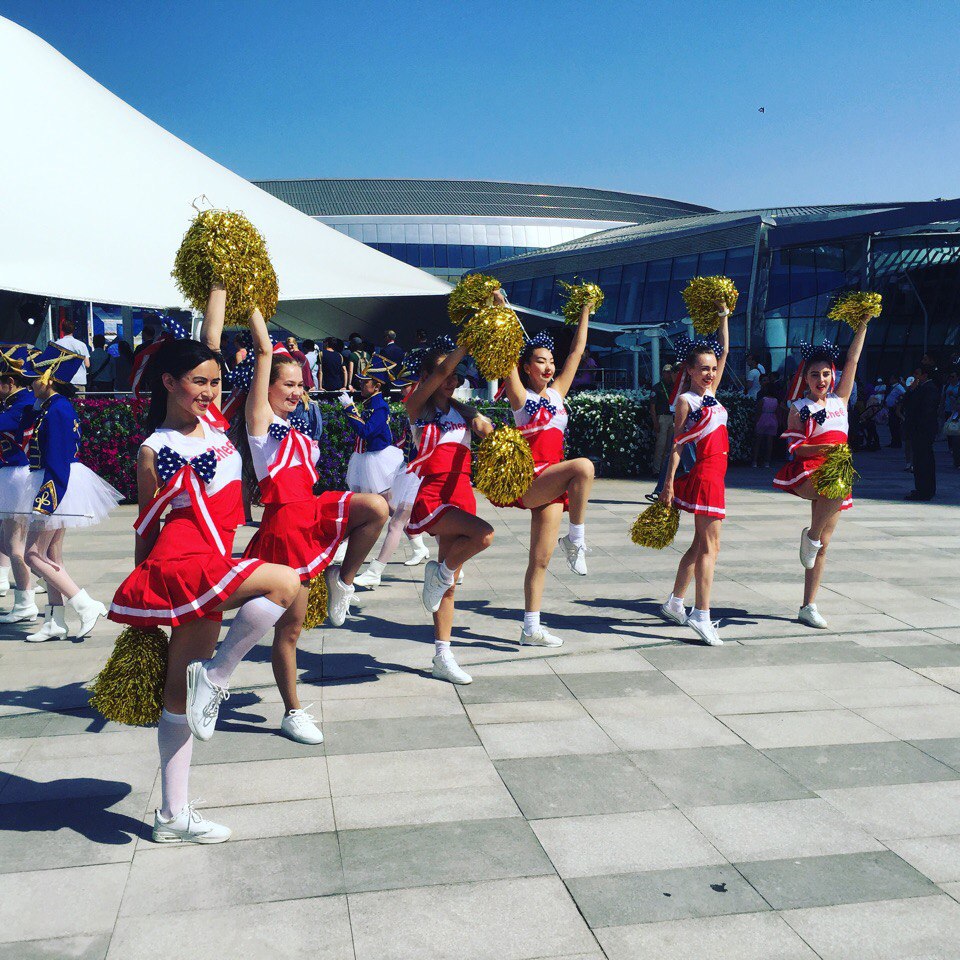 Mammadov said about 3,500 Kazakhs are involved in cheerleading, with 90 percent of those female. That ratio reflects cheerleading generally around the world. Boys join cheerleading classes after watching practices and realising that cheerleading is not just a dance, it needs physical strength, he added.

“Traditionally, cheerleading includes pyramids, tumbling and dance as well as shouting cheers to support hockey or basketball players,” explained Mammadov. “However, Kazakh teams do their best in dance performances rather than in traditional styles, as hip-hop culture is developed in the country. They also have good results in … performances with pompoms, and mixed performances with sportsmen.”

Kazakhstan’s Union of Cheerleading takes on the role of mediator and adviser, organising championships and master classes in 13 regions of the country. The federation demands coaches follow the federation’s rules and standards of cheerleading. While athletes prepare their shows individually, showcasing their strengths, there are mandatory elements: the appearance of the girls, the presence of pompoms, costumes, acrobatic elements, and support and position rebuilding. 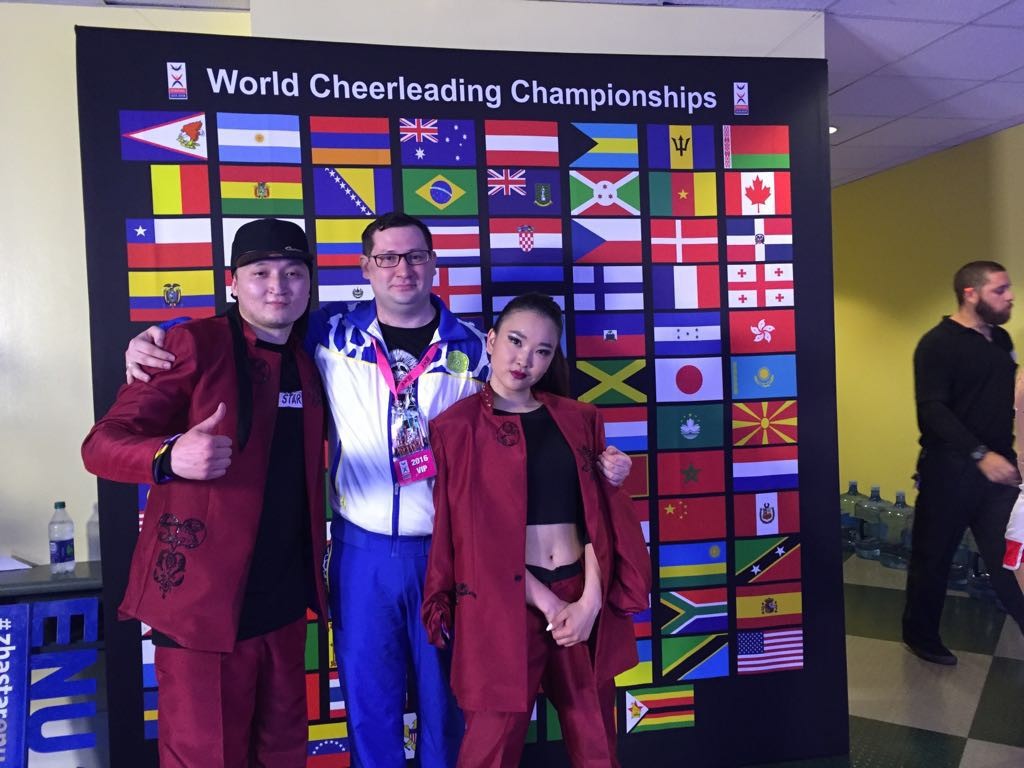 According to the KUC president, teams chosen as participants in championships demonstrated Kazakh culture, inserting national ornaments on costumes and performing to music with elements of Kazakhstan’s traditional string instrument, the dombra, and Kazakh songs. ICU judges found this exotic and fresh, especially in recent performances in Japan.

Mammadov thinks cheerleading is good for complex education especially at school because it has elements of acrobatics, gymnastics and sports dance, and teaches emotional management. When the match of the century takes place, the cheerleading team upholds and motivates sportsmen as well as entertains spectators, engaging them to express support. And despite not having a long history in the country, cheerleading is developing.

Experienced coach and judge Olga Kurakina, Mammadov says, is the first voice of cheerleading in Kazakhstan. Her followers who study abroad teach in the U.S. and others from Eurasian and Nazarbayev Universities recommended themselves as good trainers. 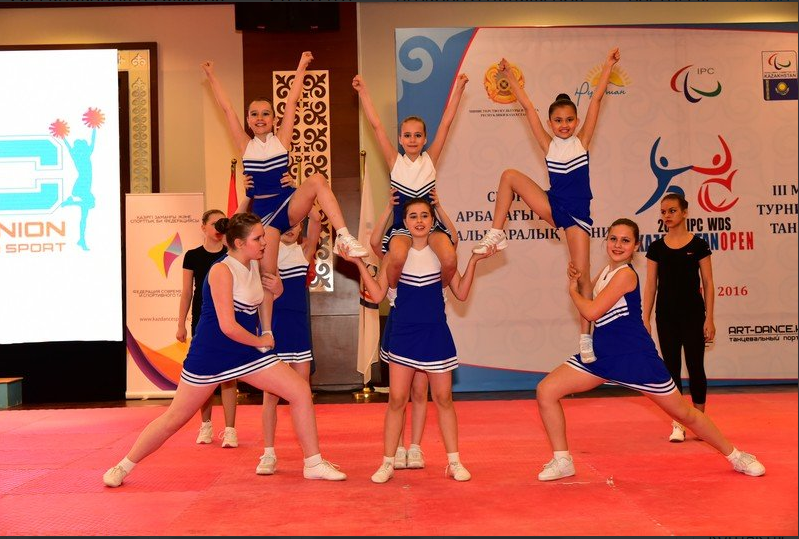 “The U.S. Embassy pays attention to cheerleading development in Kazakhstan. They enjoyed our presentation at the embassy and even came to watch the practice. Our athletes easily can get visas to the United States when there are championships,” he said, confirming the participation of Kazakhstan in the 2018 ICU World Championship in Florida.

This year, KUC also intends to defend its leading position, preparing a performance for World University Cheerleading competition in October in Poland.

The federation generally invites coaches from Russia, because there is no language barrier to overcome with them. However, this year the ICU is going to send foreign trainers to explain how to judge and what it is important to practice. Kazakh trainers in turn conduct master classes for cheerleaders from Kyrgyzstan.

Kazakhstan’s Federation Union of Cheerleading and Cheer Sport demonstrated to the National Olympic Committee of Kazakhstan that cheerleading should be considered a sport in the country and finally got recognition certificates of a new sample last year.