By Elya Altynsarina in Nation on 13 February 2018

ASTANA – This year’s first meeting of the Dialogue Platform on the Human Dimension, involving the Foreign Ministry, public authorities and civil society, was held in Astana Feb. 8 and chaired by Foreign Minister Kairat Abdrakhmanov. 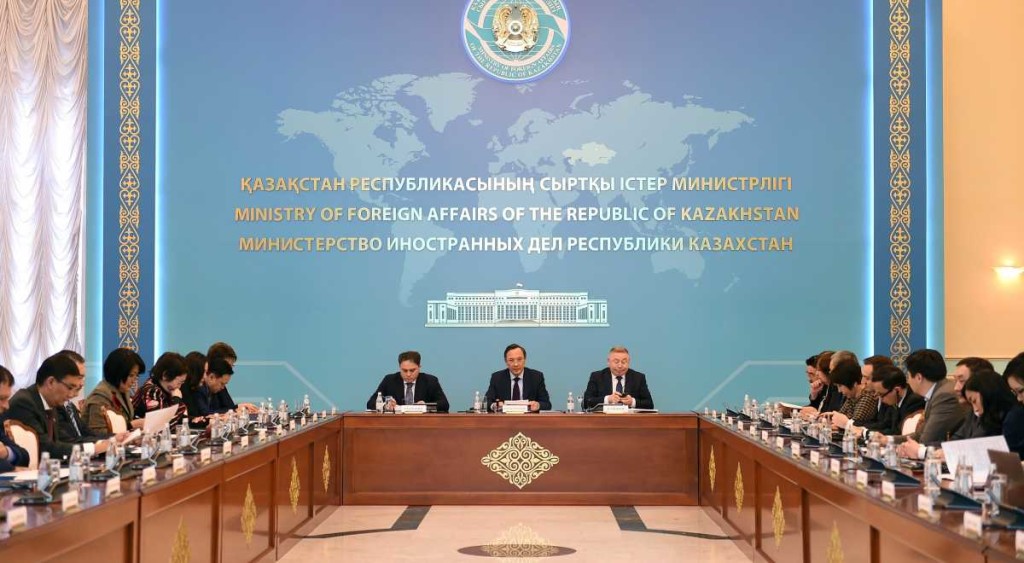 This year, several members of the Mazhilis, Kazakhstan’s lower chamber of Parliament, participated, as did Kazakhstan’s secretary of the commission for human rights under the president of Kazakhstan and members of nongovernmental organisations.

Heads of UN, USAID, Organisation for Security and Cooperation in Europe (OSCE) and Soros-Kazakhstan country missions also attended as observers.

“The platform uniquely provides us with an interactive space to discuss important social and political processes taking place in Kazakhstan,” Abdrakhmanov said in his opening remarks. “It displays, alongside other ways, the openness of the state policy and a commitment to dialogue with civil society.”

According to the minister, Kazakhstan is part of all the key international instruments in the field of human rights promotion and protection, demonstrating thereby its commitment to the values ​​and principles of human rights, as well as to the consistent strengthening of its national human rights system. The platform’s agenda items have only increased in number and relevance, he noted, making it ever more constructive.

Civil society representatives support the platform. Director of the Kazakhstan International Bureau for Human Rights and Rule of Law Yevgeny Zhovtis pointed out the importance of translating human rights discussions into action. He said he believes in the uniqueness of the platform, which should continue its work to succeed.

During the meeting, members reviewed the fulfillment of the recommendations issued by the United Nations Committee on the Elimination of Discrimination against Women. Deputy Chair of the National Commission for Women, Family and Demographic Policy Elena Tarasenko and Chair of Kazakhstan’s Crisis Centres Union Zulfiya Baisakova presented reports on the matter. An exchange of views among participants concerning women’s rights in Kazakhstan followed.

Concluding the meeting, participants adopted the platform’s work plan for 2018.

The platform was set up in 2013as an advisory and consultative board aiming to strengthen the engagement and interaction between government institutions and civil society. The Foreign Ministry serves as the coordinator of the activities and provides venue for the regular meetings of the platform whose conclusions and recommendations are non-binding and serve as guidelines.