Aksu-Zhabagly Nature Reserve – on the way to Great Silk Road

By Aigerim Sadykova in Tourism on 15 February 2018

ASTANA – Picturesque Aksu-Zhabagly Nature Reserve has developed tourist routes and launched a tulip festival as part of the Great Silk Road cluster revival. Far from the urban bustle, travellers witness the beauty of nature and rare breeds of South Kazakhstan. The first nature reserve in Central Asia, it has saved flora and fauna of the region since 1926.

Two Belgian tourists, Jo Devriend and Veronika Van Acker, recently wrote of their experiences at Aksu-Zhabagly and nearby Zhabagly village. They tasted Kazakh cuisine and learned about kokpar, a traditional game on horseback where riders struggle for a goat’s carcass or skin. As it is a protected area, all tours must be planned a day in advance and guided by a ranger. Van Acker noted their tour included a trip to the nature museum with animals added to the Red Book.

“Our group of three tourists and two locals visited this beautiful reserve for three days, each day hiking a different tour. We were there in late September and could not see a brown bear or lynx. Nevertheless, rangers led us to wildlife tracks and showed an excellent knowledge of local flora,” she wrote.

The nomads of the Great Silk Road travelled on horses and Aksu-Zhabagly provides riding along the foothills and lower mountain belt on the Taldybulak and Zhetymsai routes. Minibuses and cars are also available.

The reserve offers walks to the hills where Greig and Kaufmann tulips grow, species listed on the Red List. Last spring’s festival allowed tourists to take photos in the field.

Visitors can see Tien Shan bears, Siberian mountain goats, roe deer and endemic redheaded titmouse on the Kshi-Kaiyndy Gorge trial, where griffin vultures and berkut [golden eagle] fly overhead. Walking on the dry meadow, a golden eagle nest can be found on the opposite bank of the Kshi-Kaiyndy River. Bronze Age and Early Iron Age cave paintings are on the Boidaksai Lake Gorge-Peak Kaskabulak route. 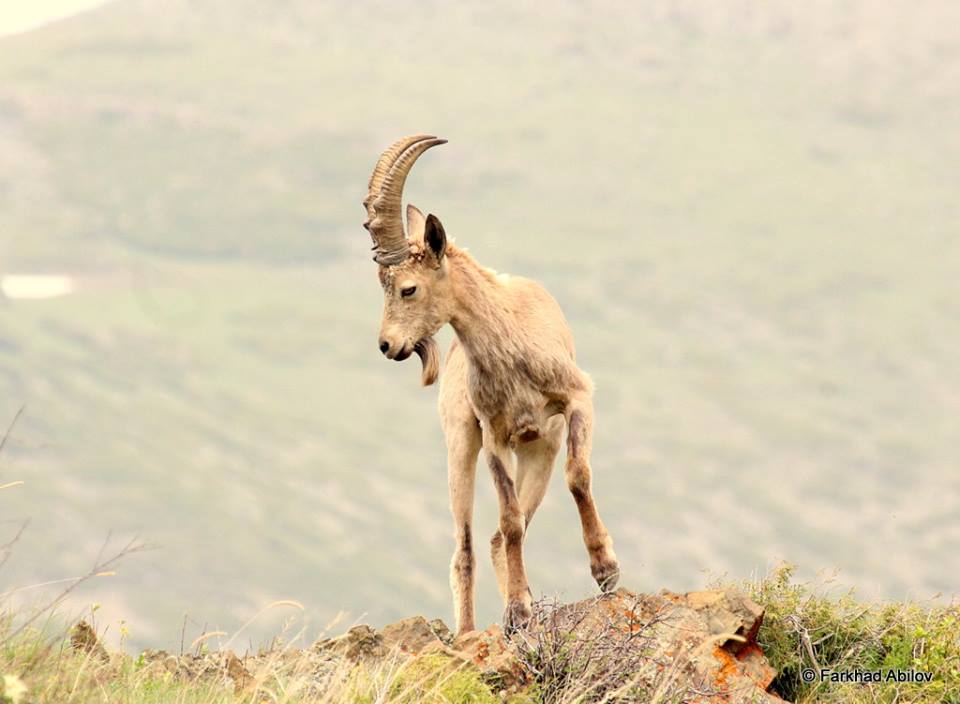 Named for the Aksu and Zhabagly rivers, the reserve was created to protect their nearby flora and fauna. The former, a mountain river with a rapid stream, leads to a canyon. The Aksu Canyon is not only compared to the United States Grand Canyon, it is also famous for its ancient petroglyphs, carvings or painted images on a stone base. The Aksu River turns the colour of milk in the summer months, which explains its name; in Kazakh, Ak is white and su is water. There are also 114 glaciers; the largest, Bugilitur, is popular among tourists as many red deer live there.

Guests can stay in Zhabagly, where a hotel in the village provides a room and three meals per day for each person. Should visitors have preferences, the menu can be discussed with the administration. One day in a deluxe room, entrance to the reserve and museum, horseback riding with the ranger and minibus rent will cost about $55 per person.

Tourists can reach the nature reserve by train and bus from Almaty or Shymkent. The Aksu-Zhabagly administration meets customers at the nearby Shymkent or Taraz airports or delivers them to the hotel from the airport and Tyulkubas railway station.