ASTANA – A new pay-to-park system to be launched in Astana this month should increase access to parking spaces, improve traffic flow and help create a culture of legal, systematic parking, said head of the city’s Passenger Transport Department Bekmyrza Igenberdinov. 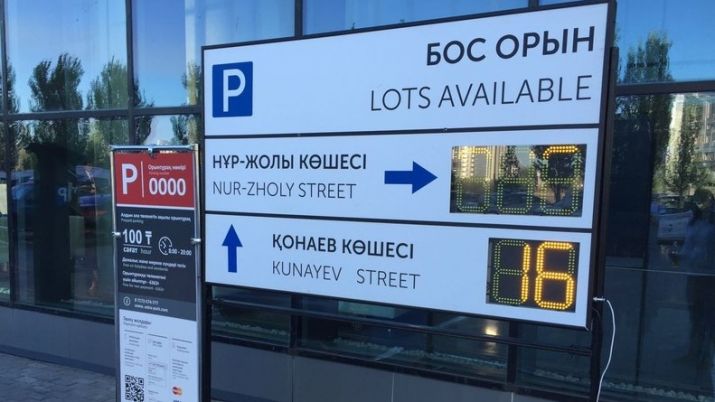 Nearly 9,000 toll parking spaces have been put into operation Jan. 15 across two zones – the intersection of Turan, Saraishyk, Orynbor and Syganak streets and intersection of Saryarka Street, Bogenbai Batyr Street, Republic Avenue and the embankment of the Yessil River.

“By contributing your 100 tenge (US$0.3) for an hour of parking, we all make our contribution to the formation of a new culture for us – the culture of parking. As a result, we get roads without chaos and traffic jams, which means significant decrease in the number of road accidents. An ordinary driver wins, who no longer has to worry about his or her health and safety, safety of car and the future of our capital,” noted Igenberdinov.

The new parking tolls are part of the city’s broader efforts to modernise its transport system.

Igenberdinov said the project seeks to decrease the traffic load by 20-30 percent by reducing the number of cars parked on roads for a long period, decrease the load of parking spaces by 40-50 percent, increase the demand for public transport by 15-20 percent and reduce traffic violations by 70-80 percent, among other results.

“The capacity significantly increased, traffic jams decreased. Now drivers do not drive round and around trying to find a place to park their car, when all those places were taken by numerous illegal taxi drivers,” he added, “When the project launches, we will quite soon see its efficiency – drivers will not be leaving their cars for days, there will be a concrete understanding of the turnover of every parking lot. A car will be parking for an hour or two, which means one parking space will service a minimum of four or five cars per day.”

People have a wide range of choice in the means of transport, according to him.

“There are many possible ways to get to work – personal transport, taxi, public transport or by foot,” he added.

“We have developed a clear-cut network of routes and we handle any load during a rush hour. It will cost 180 tenge (US$0.54) to a person to take a bus to work and back home,” said Igenberdinov.

The toll parking introduced recently at the old train station serves as a successful example, said Igenberdinov, seeing an increase of road capacity in the first two weeks since the project came into effect.