Minister: Tourism will make up 8 percent of Kazakhstan’s GDP by 2025

By Zhanna Shayakhmetova in Tourism on 28 January 2018

ASTANA – The number of domestic tourists reached 3.5 million people and increased by 25 percent in a nine-month period of 2017, Minister of Culture and Sports Arystanbek Mukhamediuly told a Jan. 25 press conference in the capital. 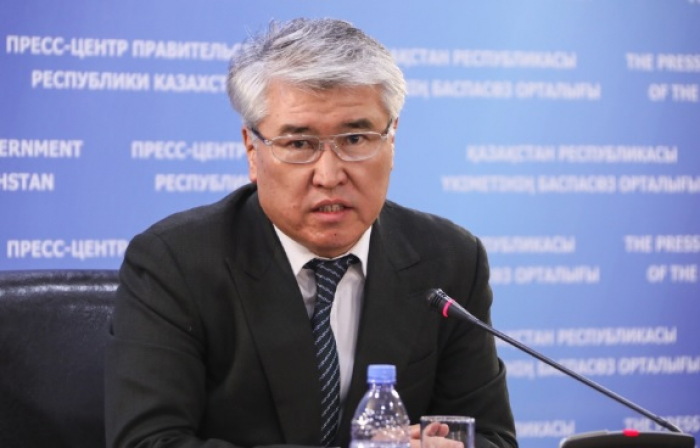 The government has been tasked with increasing the share of tourism in Kazakhstan’s gross domestic product (GDP) from 1 percent in 2016 to 8 percent by 2025.

Mukhamediuly said “the year of 2017 was a turning point in the history of Kazakhstan. Thanks to the personal participation of the head of state and the successful organisation of EXPO 2017, Kazakhstan became a new tourist destination located at the cultural crossroads of West and East.”

The Kazakh Tourism national company created a destination management office to develop tourism at the state level, and a programme to develop the tourist infrastructure of Astana and Shchuchinsk-Borovoye resort zone was adopted.

“We also plan to introduce electronic visas to increase the flow of inbound tourists, to develop domestic tourism with Ruhani Janghyru’s implementation and to improve the quality of tourist services in all locations. We launch a large information campaign to attract domestic and inbound tourists. It is very important for us to create the best tourist climate in the world,” said the minister.

A visa-free transit regime for 72 hours for Chinese citizens travelling through Astana and Almaty will be extended until the end of 2018 after the project proved its effectiveness and safety last year. More than 4,500 Chinese citizens visited the country in three months. A similar regime is expected to be introduced for India this year.

“A visa-free transit regime is a world experience. The world’s largest airports are economically developed hubs. The head of state notes that Kazakhstan should become an economic hub in the field of air communication, and in other directions,” said Mukhamediuly.

It is planned to introduce Organisation for Economic Cooperation and Development (OECD) standards in the management of the tourism industry this year.

Kazakhstan’s Ulytau and Altai mountains were named unique places to visit, as well as the country’s many historical monuments.

“Every place in Kazakhstan is an amazing location connected with history. We need to show these sites to the whole world,” said Mukhamediuly.

Popular science and feature films about historical places are being produced to stimulate the development of tourism.

A cluster principle was clearly defined in the tourist industry development concept developed in cooperation with the regions and adopted until 2023.

The cluster system is intended to help regions specialise and develop.

“We have been working with the regions on a regular basis since last year. We have developed a plan of events. We are working on infrastructure development and developing joint packages for the promotion of tourist products in the regions,” Kurmasheva said.

The South Kazakhstan cluster, represented as the centre of the Great Silk Road, is actively creating its own tourist cluster, with connection and cooperation between all facilities.