ASTANA – The Ministry of Education and Science recently announced plans to introduce per capita funding in the city school system. 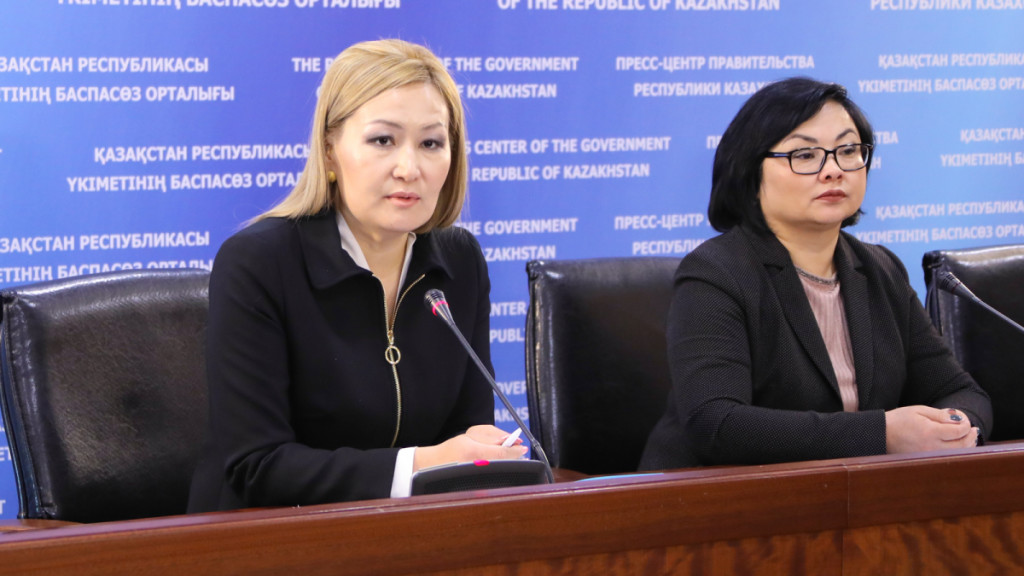 The ministry is currently developing a plan to implement the recent state-of-the-nation address by President Nursultan Nazarbayev.

Attracting private investments is one of the directions of liberalisation of education. The sphere of education is quite in demand and profitable for investors based on international experience. The implementation of the Balapan programme became successful in terms of private investment attraction.

The 2,336 private kindergartens and mini-centres have been opened through private investments since the implementation of this programme and about 900 billion tenge (US$2.7 billion) was allocated in a seven-year period.

“The ministry plans to continue working in this direction. It is planned to further introduce per capita financing in city’s schools in accordance with the government’s instructions,” said Vice Minister of Education and Science Bibigul Assylova at a Jan.16 press conference.

The amendments were made to the law on education in 2017 to provide state financing in private schools. Per capita funding is tested in secondary education and a pilot project is being implemented in a private school in Aktobe.

“The local executive bodies are set the task of attracting private investments in the sphere of education and provide budget funds for public procurement,” she added.

The changes are being made to the legislation as schools will be transferred from state institutions to state enterprises with the right to manage their economic affairs independently. Schools will become “sufficiently independent in economic terms.” Also, the per capita financing tool will solve a number of issues, including motivating teachers.

The salary increase will depend on the transition to the updated content of the curricula. The level of employee benefits will be 30 percent of the salary.

The new system of additional payments will be introduced taking into account teaching qualifications. Categories will be assigned with the help of national qualification testing. The amount of payment will vary from 20-50 percent depending on the qualifications.

The work also underway to reduce the burden on students. The homework tasks were reduced by a third and should not exceed 150 minutes a day according to the law “On the regulation of homework” adopted April 2017.

President Nazarbayev set task to develop advanced education system in the country in his Jan. 10 address to the nation. The education should become a separate sector of the economy with investment projects. The updated curriculum content will be introduced. It is necessary to expand the academic freedom of universities, promote online lessons and increase the number of technological education graduates.