Kazakhstan proposes code of conduct at UN for terrorism-free world

By Aigerim Seisembayeva in International on 24 January 2018 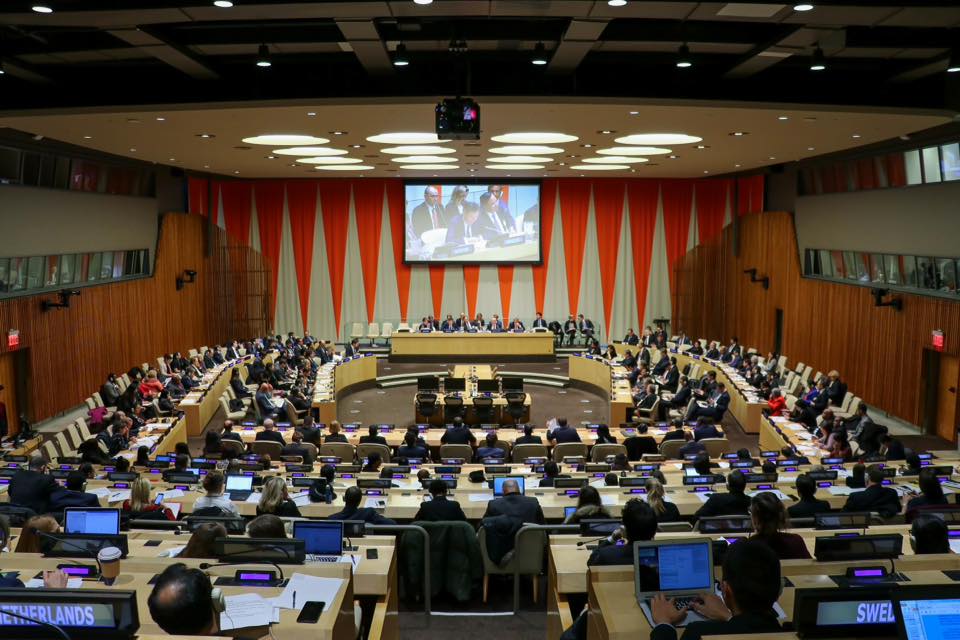 The proposal is an initiative of Kazakh President Nursultan Nazarbayev and calls for the creation of a broad international coalition of partner countries to counter terrorism.

UNSC member state representatives welcomed the initiative and further discussion on the proposal.

Afghan Deputy Foreign Minister Hekmat Karzai called the initiative an important step in strengthening international cooperation and UN counter-terrorism efforts. He praised the code’s call for zero tolerance for terrorism and holistic approach. Karzai urged the international community to support the code and hold transparent discussions about the document.

He also welcomed the adoption of the Central Asian Joint Action Plan (JPoA) for UNGCTS implementation and Kazakhstan’s contribution as its donor.

Voronkov also praised the Kazakh proposal, which is expected to be finalised during the next biennial review of the UNGCTS implementation and the meeting of the heads of counter-terrorism bodies of member states in late June.

Assistant Secretary-General for Political Affairs Miroslav Jenca said Kazakhstan and the UN have common counter-terrorism goals and named the JPoA a model for other parts of the world. He noted the relationship between protracted conflicts, violent extremism and terrorism, as well as the need to update comprehensive measures to prevent armed conflicts, including through preventive diplomacy.

On the sidelines of the UNSC meeting, Abdrakhmanov met with his counterparts from Kuwait, Kyrgyzstan, Russia, Tajikistan and the UN Secretary-General.

Abdrakhmanov also discussed bilateral and regional cooperation between Astana and Dushanbe with the Tajik Foreign Minister Sirodjidin Aslov. The latter praised Kazakhstan’s first year of UNSC membership and the ministerial debates on security and development of Afghanistan and Central Asia.

Deputy Prime Minister and Minister of Foreign Affairs of the State of Kuwait Sheikh Sabah al-Khalid Al-Sabah and Abdrakhmanov discussed international issues. The Kazakh Foreign Minister praised Kuwait’s promotion of international projects within the UN and expressed confidence that in its new capacity as a non-permanent member of the UNSC the country would make significant contribution to strengthening peace and global security.

Abdrakhmanov also took part Jan. 19 in the traditional monthly meeting of the UN Secretary General with the permanent representatives of UNSC member states. Abdrakhmanov briefed the event participants on the progress of the Astana Process on Syria. The Kazakh diplomat noted that the Astana platform has contributed to the de-escalation of the armed confrontation in Syria and helped supplement the UN-led Geneva Process.

The meeting participants also discussed the situation in Colombia and the security of UN peacekeeping missions.