By Aigerim Seisembayeva in International on 5 January 2018

ASTANA – Kazakh Foreign Minister Kairat Abdrakhmanov recently briefed participants at a government hour at Kazakhstan’s Mazhilis (lower house of Parliament) on the country’s foreign policy in Asia, saying the foreign ministry has strengthened its economic component in the region. 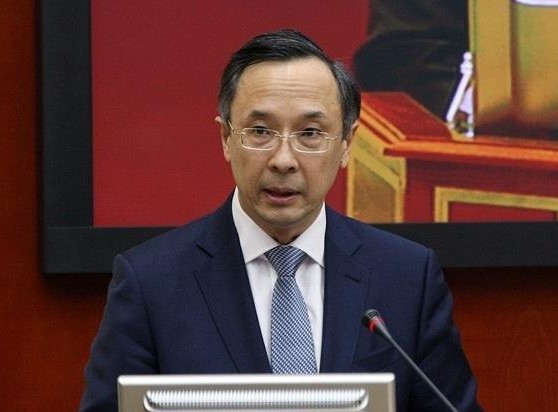 Speaking at the end of December 2017, Abdrakhmanov noted Asia’s growing political and economic role in world affairs and predicted that role would grow further.

“In this regard, developing friendly relations and fruitful economic cooperation with Asian countries, big and small, corresponds to our national interests. … As they say, ‘when the wind blows, you build not a fence, but a mill.’ It is a capacious market, which by 2030 will exceed 42 percent of the world’s GDP (gross domestic product),” he said. “Kazakhstan’s trade turnover with Asian countries grew 23 percent in January-September 2017 compared to the same period last year. In monetary terms, it amounted to $13.3 billion.”

On strengthening the ministry’s economic component in Asia, he said that investment advisors have been placed in China, South Korea, Japan, India, Iran and several other countries and that institutes of customs attachés have been created with the employees of the State Revenue Committee of Kazakhstan’s Finance Ministry in Turkey, China and South Korea.

Abdrakhmanov also noted Kazakh Invest, the country’s one-stop-shop institution for attracting and supporting foreign investors, has established offices in Dubai, Istanbul, Beijing and is about to open one in Tehran. Kazakhstan’s Honorary Consuls are present in 70 countries, he said. 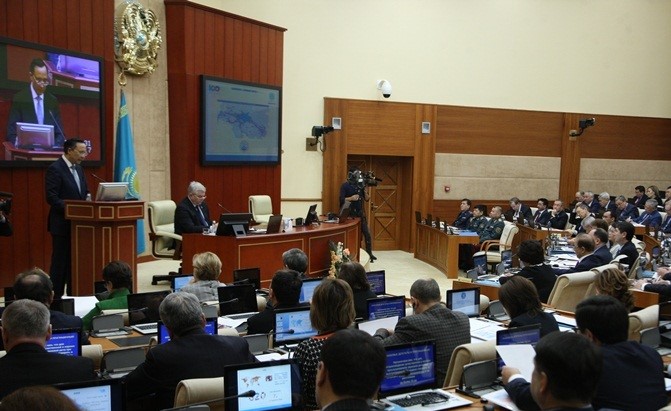 “Having invested $14 billion in ten years, Beijing has become one of the main foreign investors in Kazakhstan’s economy,” he said, noting the two states approved 51 joint industrial projects worth $26 billion, five of which have already been implemented ($158 million).

Abdrakhmanov also briefed parliament members on Kazakhstan’s relations with Japan and South Korea, noting the joint statement on strategic partnership signed during President Nazarbayev’s 2016 trip to Tokyo, as well as the Joint Declaration on Further Deepening of Strategic Partnership and 18 agreements worth $640 million signed during Nazarbayev’s visit to the Republic of Korea in 2016.

He also stressed that Mongolia plays an important role in Kazakhstan’s foreign policy due to the Kazakh diaspora living there.

In the South Asian vector, Abdrakhmanov spoke about Kazakhstan’s interest in India’s potential in information technologies, transport and logistics, and in friendly relations with Pakistan.

As for the South East Asia, Abdrakhmanov particularly dwelled upon the transport and logistic ties with Vietnam.

“After the establishment of a free trade zone between the Eurasian Economic Union (EAEU) and Vietnam in 2016, mutual trade between Kazakhstan and Vietnam amounted to $366 million in nine months of 2017, which exceeds bilateral trade with all other ASEAN [Association of Southeast Asian Nations] countries. In February 2017, Kazakhstan transported 720 tonnes of wheat to Vietnam for the first time in history through the new transport corridor in Lianyungang,” he said.

Abdrakhmanov also stated negotiations on the creation of a free trade zone between the EAEU and Singapore with a potential of $3.9 billion have started this year.

He also dwelled upon Kazakhstan’s relations with the countries of the Middle East.

Speaking about Turkey, the minister noted common historical roots and cultural values, as well as the New Synergy 2017-2020 project.

He also focused on Kazakhstan’s cooperation with Iran in the economic and transit spheres, a commitment to restoring Afghanistan, trade and agricultural engagement with Saudi Arabia, Emirati investments and relations with Israel.

The foreign minister spoke in more detail about the Astana Process and its contribution to bringing lasting peace to Syria, the P5+1 talks on the Iranian nuclear deal, the CICA, the Organisation of Islamic Cooperation (OIC), the Shanghai Cooperation Organisation (SCO) and the Turkic Council.

Concluding his speech, Abdrakhmanov highlighted the inter-parliamentary engagement that is thriving both in bilateral format and within international organisations.

Vice-Speaker of the Mazhilis Vladimir Bozhko also told the meeting that the ministry’s Asia efforts are important in the year of the 25th anniversary of President Nursultan Nazarbayev’s initiative on creating the Conference on Interaction and Confidence Building Measures in Asia (CICA) and on the eve of Kazakhstan’s January 2018 chairmanship at the UN Security Council.