ASTANA – The Kazakh Prosecutor General’s Office is planning to implement five projects in the next three years under the Digital Kazakhstan programme which is currently underway and cutting across the nation’s key sectors and areas. Deputy Prosecutor General Marat Akhmetzhanov reported on the progress during the Jan. 23 government hour. 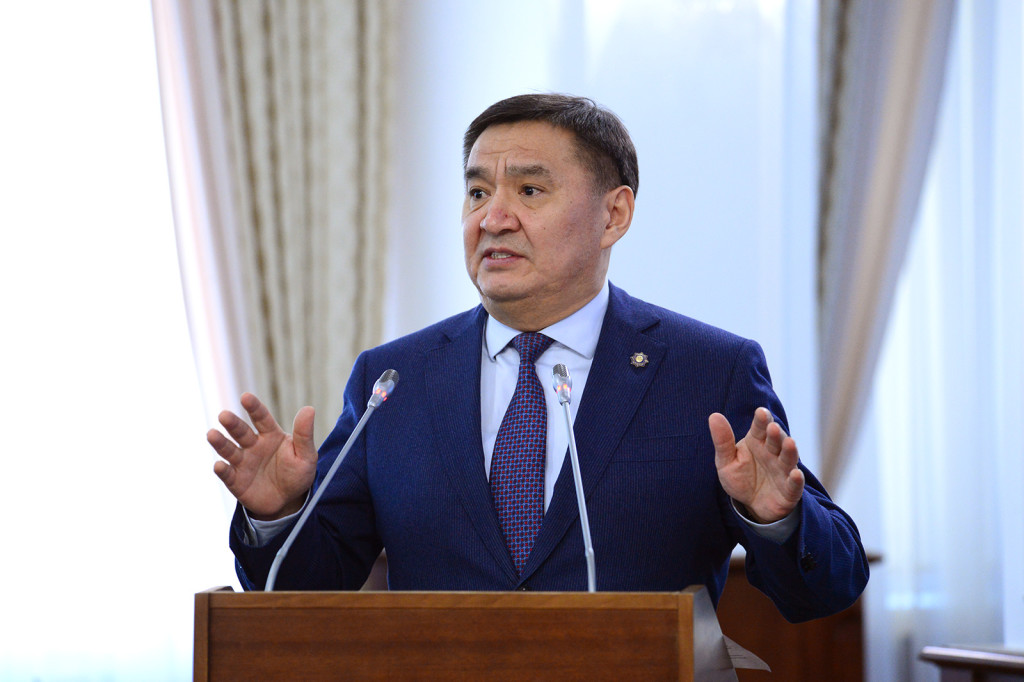 The projects include introducing an electronic format to process criminal cases, a uniform system of administrative proceedings, a uniform register of objects subject to inspection, an analytical centre and a system for electronic appeals from citizens.

All the ventures are long-term, he said, indicating they are steadily implemented by launching pilot projects. The final stage is scheduled for December 2021.

“Digitisation of criminal processes will entail effective control of the process and availability of process participants. The work started in February of last year,” he said.

He noted legislative amendments to the respective code that entered into force Jan. 1 allow a full switch to electronic format in processing criminal cases. Two hundred and fifty cases are in the process to date and 43 have been turned over to the court.

“Poor connection channels that often simply hang aloft and lack of equipment (are problems). Not all court rooms are equipped for trials in the new format. They lack computers and other equipment. This is needed not only for the project, but for a successful implementation of their functional responsibilities. Pilot projects have shown what we lack. Process participants work on computer by turn and some do not have the skills to use the equipment,” he said, stressing the need for more funds for that purpose.

Administrative proceedings also raise acute issues that are being addressed under the programme. More than four million administrative violations occur in Kazakhstan, he said, hampering the possibility to manually control the process.

“Errors in listing fines and ignoring repetition of fines are among the big problems. The latest changes to the administrative code aim at humanisation of the legislation,” said Akhmetzhanov.

“Humanisation is needed, but automatisation is required as well. We do not know who and when files these four million proceedings,” he added.

Eight percent is currently done in electronic format, while the rest is done on paper.

“Every case will be in electronic format and we will be monitoring who filed an administrative proceeding, where and for what reason. We started a pilot project in Astana using a tablet that rules out falsification and gets the case to the system right away. On site, a person can pay fines,” he said.

The Prosecutor General’s Office launched another project with KazPost, the national postal company, enabling citizens to pay fines through terminals.

The system is expected to be introduced in all airports as well as the largest border checkpoints, including Khorgos, Kordai and Zhybek Zholy.

Decreasing the number of groundless checks of small and medium-sized businesses remains among the priorities, he said. More than 2,000 unwarranted checks were prevented in 2016 and 2017 in relation to 1,200 businesses.

The single register of objects envisioned by the project can identify the businesses subject to checks.

“If we take an analysis of tax violations, for example, there are big turnovers, public tenders, no tax payments, no social or pension payments, no workers. These are some of the parameters that signal the need to check the business,” said Akhmetzhanov.

The Qamqor mobile app was also developed to notify businesses about upcoming checks stating who, why and in what period will perform the check. To date, the app has protected 800 entrepreneurs.

The key feature of the app is feedback, through which businesses can report if the check was already made or any other problems they might face, he noted.