From ruling party to beekeeping, a story of one of the 100 New Faces of Kazakhstan

ASTANA – Anatoly Dobrovolski left a political career in Astana in 2012 to return back to a place he was born, the Arshaly district, to pursue his dream of beekeeping.  Last year his apiary produced around three and a half tonnes of honey and is expected to grow even bigger. 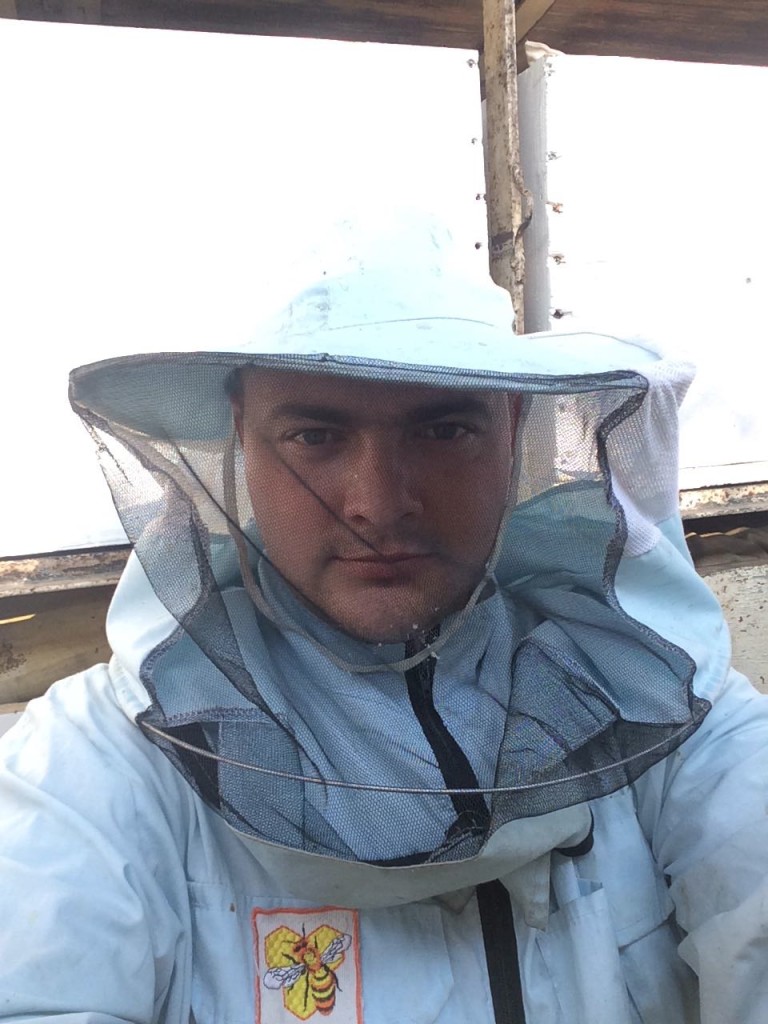 Dobrovolski was born in the Arshaly district of the Akmola region, but studied in Astana. There in 2007, he became a member of the Zhas Otan youth wing of the Nur Otan party, where he was working until 2012. Within those years he rose from a regular activist to a head of Astana city’s Zhas Otan division.

At first, beekeeping was his favourite hobby. But gradually, after studying the process of creating honey, he has decided to try to turn his hobby into a business. 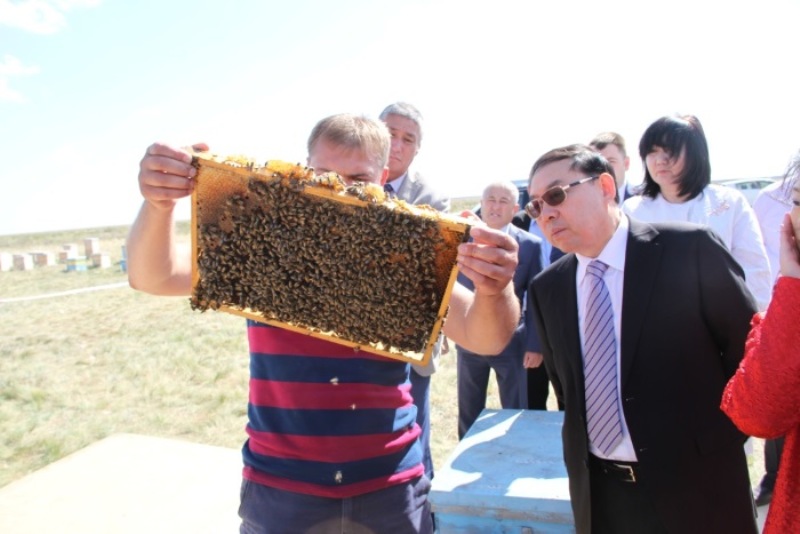 “I have chosen beekeeping. I wanted to return to the village, because I had a constant will to go back to my place. During the first year, I had 25 beehives and in three years the number grew three times. Right now I have around 150. And during the period of three years, I plan to expand the apiary by three times,” Dobrovolski explained in an interview for this story.

Being a member of the Association of Beekeepers, Dobrovolski closely interacts with the Ministry of Agriculture and local authorities. He is also the head of the district’s chamber of entrepreneurs. 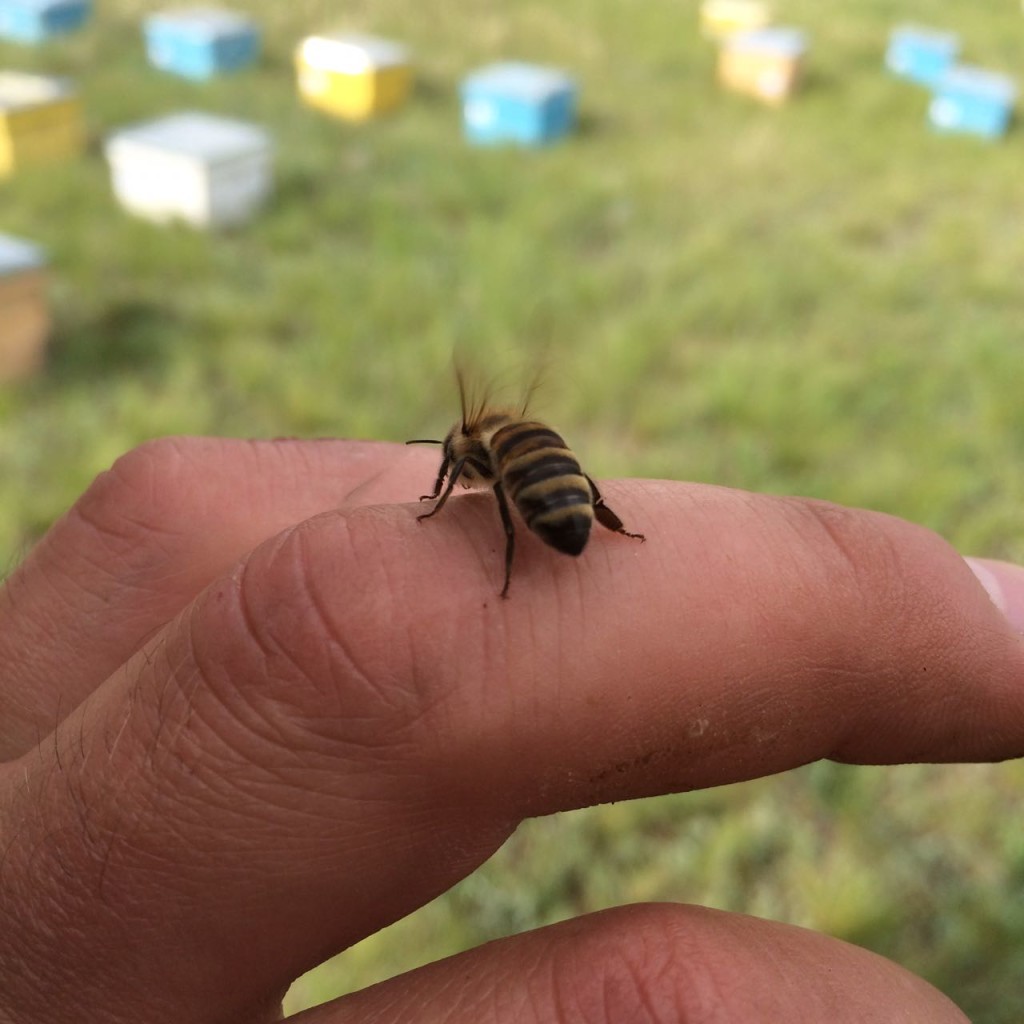 The young entrepreneur strives to constantly improve his products, improving the taste, quality and medicinal properties of honey.

According to him, on average, one beehive produces around 30-35 kilogrammes of honey per year. Last year, Dobrovolski said the apiary gave three and a half tonnes of honey and around 500 kilogrammes of honeycombs. Beekeeping is also a waste-free production. Starting with the products produced by the bee itself, including honey, pollen, propolis, honeycombs, royal jelly, ending with dead bees.

“During the warm period bee lives for 56 days, after it dies it can be used as well. It has a lot of useful enzymes, and chitosan, which is used to prevent cancer cells,” he said.

The main sales market right now is Astana along with the Arshaly district. 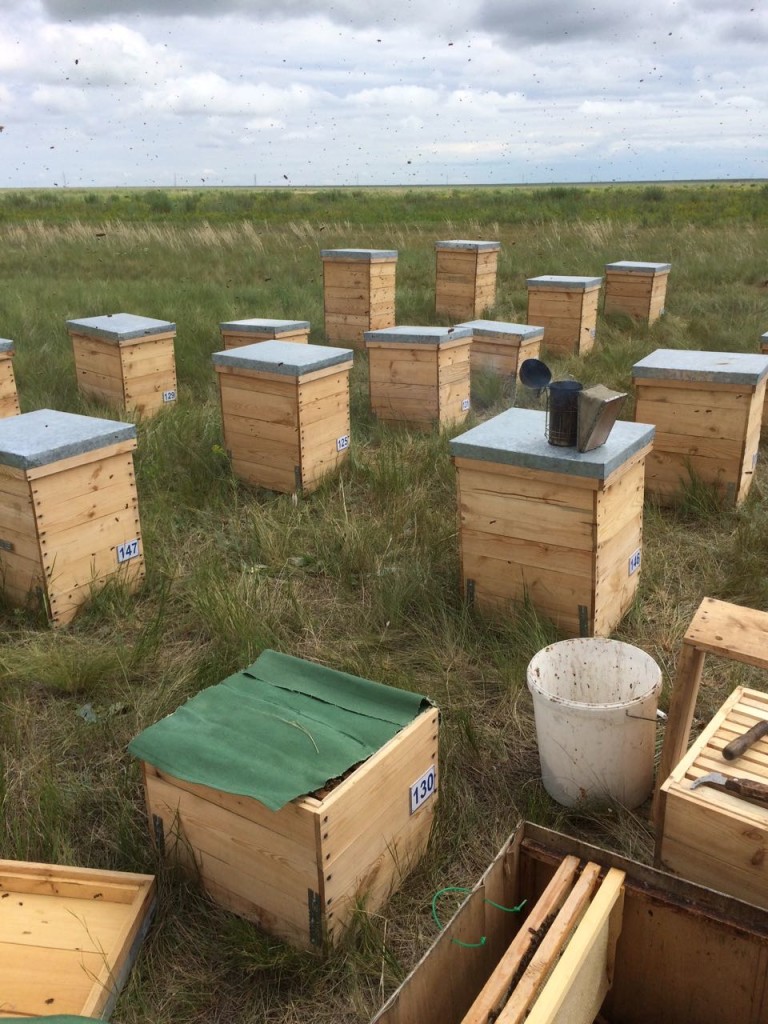 As for the main challenges in his business, Dobrovolski said the main difficulty was to find markets and the fact that people around him were telling him not to quit a good job in the capital. The main thing is to believe in yourself, he added.

In a Dec. 1 meeting of all the winners of the 100 New Faces project with President Nursultan Nazarbayev, Dobvolski recalled his story and, addressing the president, made a suggestion half-jokingly: “Five years ago, no one could understand why I left the city. Today, I consider myself a happy and healthy person. I’m happy because I have a favourite thing to do. And I am healthy, because I eat honey every day. The recipe is simple: two tablespoons of honey, one in the morning, and the other before going to bed. In the world there are only five or six countries with a unique nature for beekeeping, as in Kazakhstan. Nursultan Abishevich, I calculated here: a barrel of oil costs $60, while a barrel of honey $700. There is no crisis in the beekeeping market, maybe Kazakhstan will begin to pump not only oil, but also honey.”

He hopes to develop the field together with the Association of Beekeepers. He added that beekeeping is mostly developing in the rural areas and it will provide more jobs for the local population.