By Aigerim Seisembayeva in Nation on 22 December 2017

ASTANA – Kazakh President Nursultan Nazarbayev’s book “The Era of Independence” was presented in the capital Dec. 15 on the eve of the country’s Independence Day. 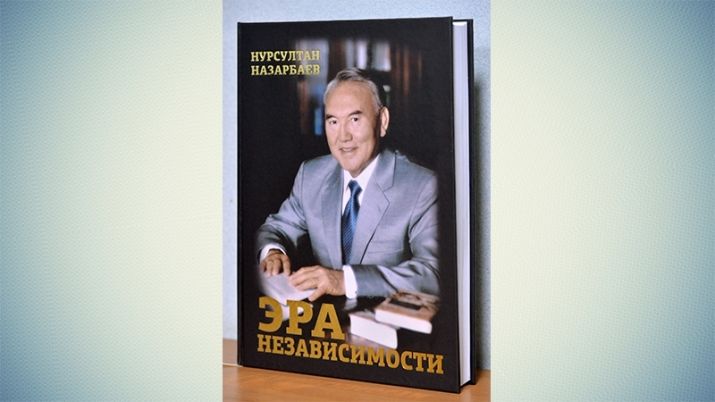 The work outlines the sovereign state’s development stages and the challenges the young nation faced on its path to success. The publication reflects Kazakhstan’s newest history in a journalistic genre and reflects the author’s views on its present and future.

Nur Otan Party First Deputy Chair Mukhtar Kul-Mukhammed opened the ceremony by noting the book could be called the encyclopaedia of Kazakhstan’s independence.

“It covers all the aspects of our life, from political and economic spheres to spiritual modernisation. All the milestones of the three modernisation stages with opinions and an in-depth analysis of the head and founder of our state are presented in this book,” he said.

“The Era of Independence” is not just a timeline of events. The book explains the logic and mechanisms behind decisions; for instance, how the President defines domestic and foreign policy and the way Kazakhstan builds relations with the world’s leading powers. It embraces the essence of Kazakhstan’s development model, its evolution and strength. The author outlines the three waves of the nation’s modernisation, noting the first and second phases helped solve the tasks of building a market economy in the post-Soviet era, while the third is aimed at helping Kazakhstan join the top 30 most developed countries, he explained.

“It is not just a book. It is the view of President Nursultan Nazarbayev on the history of our country and its future. It presents an impressive analysis of the events that occurred over 26 years – not only facts, but also interpretations and emphases. The book contains the valuable experience of public management and strategic planning in practice and in this respect, it is a kind of a national platform for optimism and confidence in the future,” said Yerzhan Babakumarov, Deputy Head of the Kazakh Prime Minister’s Office. 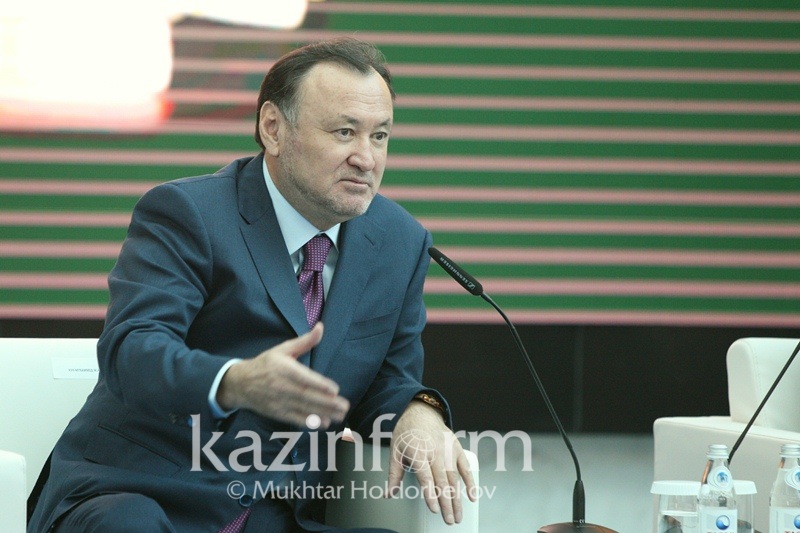 The work outlines Kazakhstan’s 33 main achievements since 1991, including building a unique model of interethnic and interfaith accord, closing the Semipalatinsk nuclear test site, creating a market economy, launching its own currency, building a new capital, chairing the Organisation for Security and Co-operation in Europe (OSCE) and hosting EXPO 2017.

The narrative is divided into four parts – “Birth of the state”, “Great overcoming”; “On a steep rise” and “The established state”– with the last stage covering the events from 2010 to the present. The book also reflects Kazakhstan’s aspiration to pursue a multi-vector policy, participate in all global initiatives and set world trends.

“It provides for substantial improvement in education, science, healthcare, culture, sports and quality of life. Over the years of independence, a new system of science and education has been created and its material base has been substantially expanded, especially in preschool and secondary education. All of this is described in detail in the book. Thanks to the unique Bolashak Programme, more than 12,000 talented young people have been educated in the world’s best universities. A network of intellectual schools, vocational lyceums and world-class universities has been created and is developing in the country. As a result, today we have an educational and scientific system that meets the global standards,” he said.

Sanat Kushkumbayev, deputy director of the Kazakhstan Institute for Strategic Studies, shared his opinion of the new work.

“This book will help you see how issues occurred and how they were solved through hard work and experience,” added Egemen Kazakhstan newspaper board chair Darkhan Kydyrali.

The work also contains interesting personal assessments of modern world leaders such as Tony Blair, Bill Clinton, Vladimir Putin, Margaret Thatcher and Jiang Zemin and reveals details of the settlement of the Russian-Turkish conflict and situation around the Syria talks. Experts have already called the publication an important document of the era that will always be in demand not only in Kazakhstan, but also abroad.