By Danat Islambek in International on 2 December 2017 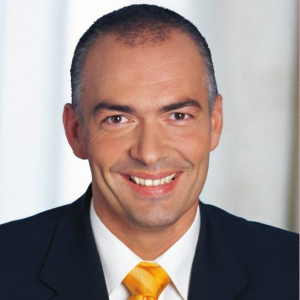 The resolution states that the assembly recognises “the importance of Kazakhstan as one of the pillars of stability in the Euro-Asian region and called for co-operation with this country to be stepped up.”

It portrays Kazakhstan as “a leading actor in addressing challenges faced by Central Asia, including terrorism, drugs trafficking and security issues related to the situation in Afghanistan.”

“On the international scene, Kazakhstan must be praised for its positive contribution to dealing with major international problems such as the nuclear programme of Iran and the crisis in Syria,” the PACE resolution reads.

Noting that “the political establishment and society at large in Kazakhstan see Europe as a reference point in terms of political, legal, institutional and cultural development,” PACE says, “the political leadership of Kazakhstan has repeatedly stated its commitment to democratic transformation of the country, and has recently initiated a series of reforms aimed at strengthening democratic governance.”

“However, the pace of reform has been slow, the political system remains highly centralised, democratic culture has yet to take root among citizens and dialogue between civil society and the authorities is at a very early stage,” the resolution states.

The assembly further “appreciates the fact that Kazakhstan is party to several Council of Europe conventions, and has requested to accede to a number of other instruments, including in the fields of criminal justice and the fight against corruption.” It goes on to encourage Astana to make greater use of the expertise of the Council of Europe, particularly that of the Venice Commission, in the reform process and to accede to Council of Europe conventions that are open to non-member states. Kazakhstan joined the Venice Commission in 2011.

The parliamentarians added that the current co-operation under the “Neighbourhood Co-operation priorities for Kazakhstan” – focusing on reform of the justice system – should be extended to other key areas where the Council of Europe can make a meaningful contribution. They also called upon Astana to complete the internal procedures it started in 2013 for becoming a member of the Group of States against Corruption (GRECO), an institute established in 1999 by the Council of Europe to monitor states’ compliance with the organisation’s anti-corruption standards.

The European parliamentarians also encouraged their Kazakh counterparts to make full use of the 2004 co-operation agreement with PACE and to participate more dynamically in activities organised by the Assembly and its committees.

The resolution was based on a report written during one and a half years by PACE Vice President Axel Fischer of Germany. The 16-page report by this member of Bundestag from CDU gives a wide-ranging analysis of the situation in Kazakhstan and an overview of reforms being implemented inside the country and President Nursultan Nazarbayev’s international initiatives.

“Kazakhstan is a country with great interest in, and important potential for, developing further cooperation with the Council of Europe, especially bearing in mind the ambitious projects of political reform and the possible contribution to this process which our organisation can make,” said Fischer in his report.

Fischer also laments that in some European countries, “there has been a degree of reluctance to go further ahead in enhancing relations with Kazakhstan, and to look at it as just one country of the region among others, without paying due attention to its particularities, the role it plays in ensuring regional stability and its wish to move closer to European standards in the process of modernisation.” He then quotes former Kazakh Foreign Minister Erlan Idrissov, who in a meeting with the PACE delegation on June 1, 2016, said “the time has come to ‘adjust the glasses’ through which Europe views Kazakhstan.”

Kazakhstan formally established cooperation with the Council of Europe and its structures in 1997. Although not a member of the Council of Europe, it participates in its partial expanded agreements that allow countries outside the organisation to work together with the council on issues of mutual interest.