ASTANA – The Almaty-based independent theatre Artishock travelled to Astana Dec. 12 to present its hit play “Uyat,” (“Shame” in Kazakh), which was warmly welcomed in Almaty in September 2016. 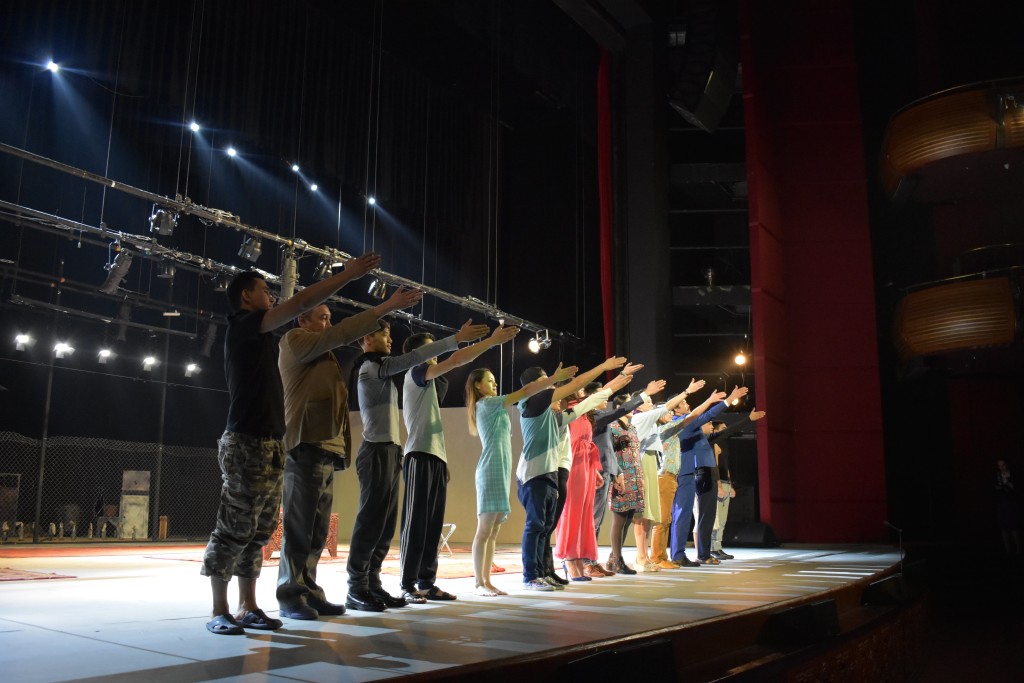 “Uyat,” though translated as “shame,” actually reflects a much stronger social code that condemns any actions that go beyond traditional norms prevalent in Kazakh society.

‘What is not supposed to be discussed, but impossible to be silent about,’ is how the theatre describes this play, which raises socially sensitive issues and views them from a different angle, letting audiences see another side of certain social norms and principles. The very name of the theatre, which is a wordplay on words ‘art’ and ‘shock’ and which, combined, projects an impression of a multilayered meaning reminiscent of an artichoke, denotes its approach to art. 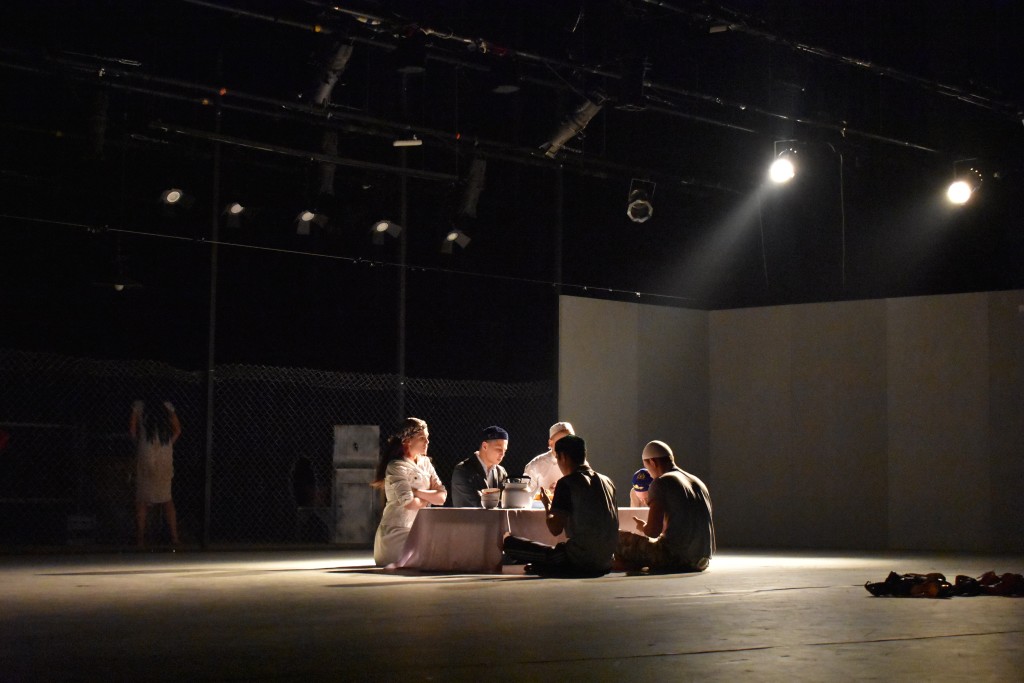 The play weaves together salient social issues, including a lack of sexual education among girls and subsequent early pregnancies, the gap between people living in urban and rural areas and rising religious radicalism among young people.

Directed by Artishock founder Galina Pyanova, the play was written by well-known Ukrainian playwright Natalya Vorozhbit and is based on the book “Molotov Cocktail: Anatomy of Kazakhstan Youth,” written by a group of political scientists guided by the research work of prominent Kazakh political scientist Dossym Satpayev and the Friedrich Ebert Foundation, “Youth in Central Asia.”

The theme of Satpayev’s book became of great interest to the theatre, said Artishock Managing Director Anastasiya Tarasova in an interview for this story.

“We started thinking about how we could use the material. Our director came up with the idea to invite a professional playwright to stage a play for Artishock based on this research,” noted Tarasova.

Aside from the research findings, the play incorporates Vorozhbit’s observations during her stay in Almaty and stories told by the theatre actors, to bring the play closer to reality. It took 10 months to prepare and stage it.

The play starts with a group of colleagues working at a popular TV channel and challenged to find new ideas for a show. Close to losing hope, one of workers, a lighting technician, tells a story of a young girl coming to a big city from a village, who finds herself pregnant, delivers a child in a toilet, and in fear of uyat or shaming, leaves the child there. 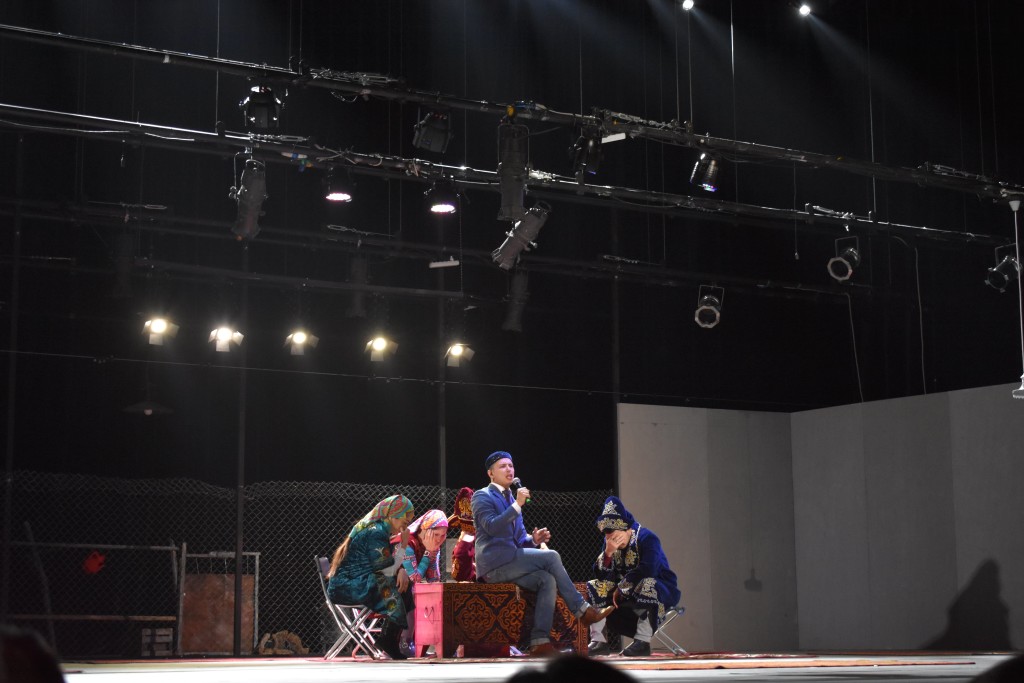 The topic eventually intertwines with several other acute issues, producing a reality that the audience can relate to.

Explaining the decision to work with a playwright from abroad, Tarasova noted the insufficient development of dramaturgy in Kazakhstan.

“Dramaturgy in Kazakhstan is at its infancy, only starting to develop. They are not very active. An outsider’s view was also interesting. A person from Kazakhstan would not be able to detach from a situation and be unbiased,” noted the theatre director.

The actors were encouraged to find out what motivates people to make certain decisions in different situations. The concept of uyat in this case plays a significant role, especially in families strongly committed to traditions.

“One case leads to a system. Family is a system leading to a state and this turns into a chain of private cases and experiences,” added Tarasova.

Theatre is a tool that allows certain topics that are resonant in public to be voiced, she noted.

“Such dialogue is needed now, because there is no such dialogue on TV, in parliament or in government,” said Tarasova.

“This is what we are talking about, but we remain silent. We are not supposed to discuss it, but it is already impossible to be silent,” she added.

Comparing the reaction to the play in Almaty and Astana, Tarasova noted the latter had a stronger reaction.

“The audience reaction was very important for us. People in Almaty could not relate to some moments, but it was a 100 percent shot in Astana. People are living inside of this and you do not have to explain the text or ideas. People understand them,” explained Tarasova. 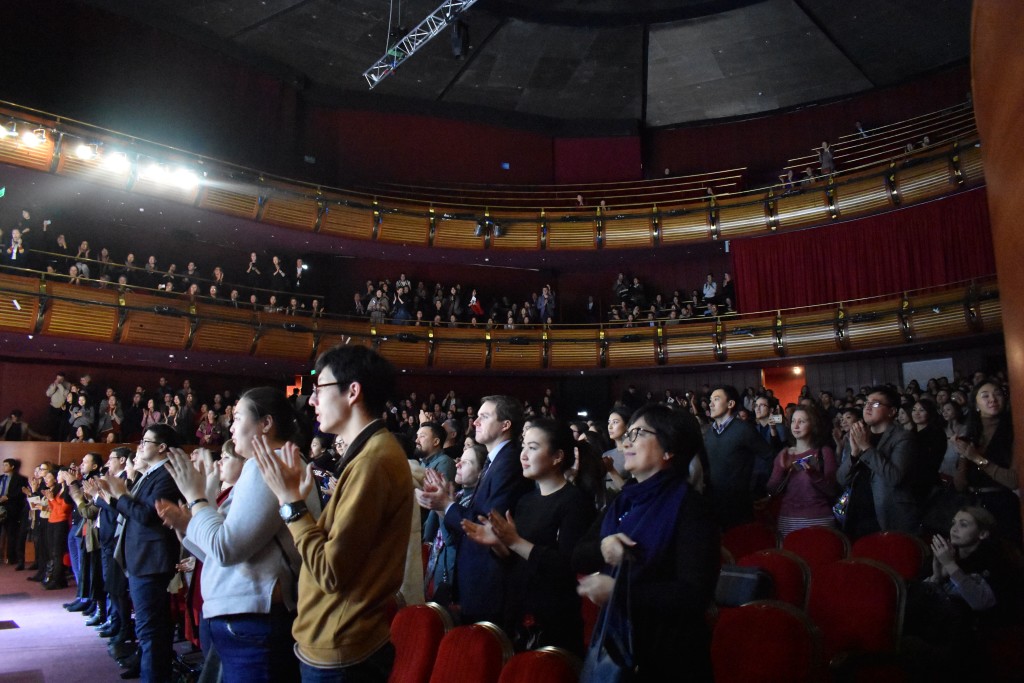 The theatre opened a second stage in October, collecting money on their own. According to Tarasova, their work now focuses on the new stage.

“Our goals focus on this stage to promote it. We have to work hard. We are planning to stage Cervantes’s ‘Don Quixote’ next April,” she added, stressing the experimental and all-genre nature of the theatre.

“We have existed as an independent theatre for 17 years – this is when the theatre does not have government subsidies or permanent sponsors and investors. We are working as a theatre company, earning money, looking for investors, working with foreign cultural institutes and various companies,” said Tarasova.

The mission of the theatre, according to her, is to promote and develop the contemporary theatre arts in Kazakhstan.

“It is an important goal in terms of communication with people and formation of audiences’ taste. We cannot work for the sake of sales; we have different objectives. We are doing what is interesting to us and what we want to convey to people,” she noted.