By Dana Omirgazy in Tourism on 13 November 2017

ASTANA – An international forum on developing Kazakh pilgrim tourism and popularising sacred places is planned for next year near the Turgai geoglyphs, said deputy head of Kostanai regional department of entrepreneurship and industrial-innovative development Roza Goryannaya.
“At the Kostanai Invest 2017 Regional Investment Forum held in September, the Ministry of Culture and Sports supported our initiative to hold the forum on the territory of the Turgai geoglyphs,” she said. 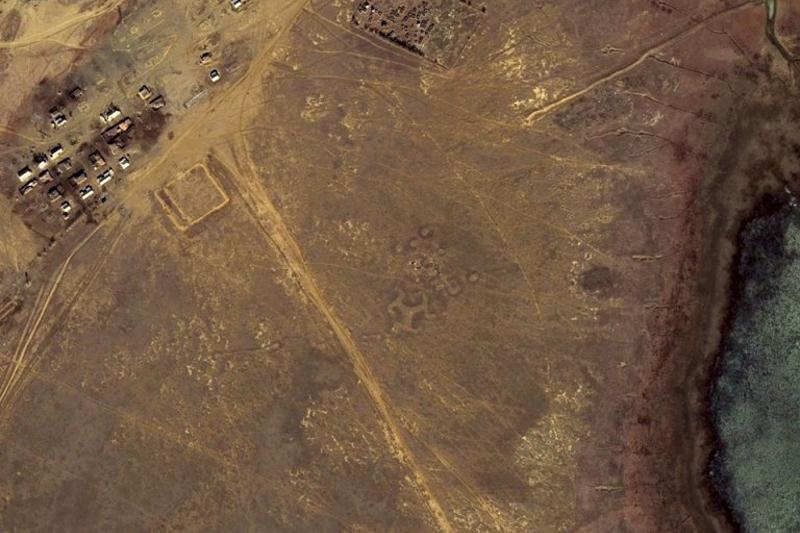 Relevant agencies created a master plan this year to develop tourism through 2022 focusing on the region’s most promising areas of trophy-hunting and health, cultural and social tourism. All events are designed to increase the tourist and investment attractiveness of the region.
“Its implementation implies the allocation of financial resources from the national budget for the construction of an appropriate infrastructure that provides for the preservation of geoglyphs (fencing, observation platforms, etc.),” she added.
Vice Minister of Culture and Sports Askar Batalov encouraged developing cultural and educational tourism. He particularly focused on the need to make the Turgai geoglyphs part of a tourism investment project.
“It can be a large-scale international festival that will attract many tourists to the region,” he said, adding it should be connected with the country’s sacred places.
Historian-researcher Dmitriy Dey discovered the Turgai geoglyphs in 2007, which generated great interest among foreign archaeologists, scientists and the mass media. During the past 10 years, Dey and a team of archaeologists and scientists made 14 expeditions and discovered 344 geoglyphs, or large elements produced on the ground. According to the working hypothesis, the earliest geoglyphs date as far back as 8,000 years.
“It would be good if ancient ethnic music and songs were presented at the forum. We deal with a very deep antiquity. We do not have a clear idea, but presumably these ethnic compositions belong to ancient times,” Dey said in an interview for this story.
He noted his team is about to launch the Turgai Geoglyphs large international project announced two years ago.
“In February 2018, we will launch the crowdfunding platform with Kickstarter [the world’s largest funding platform] to start a great programme. This is an interactive project; anyone from any part of the globe can take part in it through the Internet. Participants will receive as full information about geoglyphs in English as possible. To take part in a team of researchers, they can put forward various hypotheses and create a plan of assignments for the summer – what we need to see, explore or shoot. As a result, the Internet community will have some evidence or denial of some arguments. The goal is to attract massive interest. Raised funds will be used to invite foreign scientific institutes and researchers with the equipment which we unfortunately do not have,” he said.
Dey was recently included in the list of candidates for the100 New Faces of Kazakhstan project under the Rukhani Janghyru programme.