By Aigerim Bulambayeva in Business on 15 November 2017

ASTANA – Bill Ruh, CEO of GE Digital and Chief Digital Officer (CDO) of GE, lectured at Nazarbayev University Graduate School of Business Nov. 14 about the changes in the industrial due to the digital transformation and his company’s solution to the challenge. As part of his first visit to Kazakhstan, and the Commonwealth of Independent States (CIS) countries as a whole, he also commented on cooperation between GE and the Samruk Kazyna Sovereign Wealth Fund. 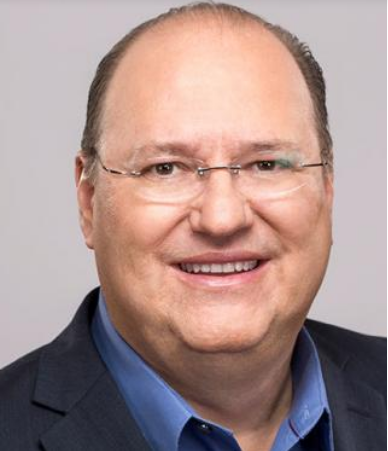 “The entire industrial world is being changed and people who will not embrace the changes are going to lag behind,” he said.

Ruh pointed to film manufacturer Kodak, which collapsed due to the pervasive changes in consumer goods market fuelled by digitalisation. The next set of companies to fall for the same reason, he believes, are those in the industrial area.

One must not perceive those changes as strictly negative, however, as this is also the perfect time to seize the opportunities created by the changes. As an example of success stories, he spoke about Uber and Airbnb, both of which, not owning any assets, became very productive through digital technology. Ruh suggested those in the audience, specifically the aspiring entrepreneurs, follow their lead.

“We all understand how the digital world and the Internet are changing the consumer world, but what people do not understand is that the industrial world is about to go through the same transformation that we saw in the consumer world. The energy arena is one of the first areas to embrace digital technology and GE is leading this. What we are doing is we are taking the physical world, the machines that operate industrial systems, as well as the digital world and then bringing them together, so that we can drive greater productivity and make them more efficient. If you look at it, GE is doing this in the energy market, where through Predix we are connecting our electrical grids. Already, about 4 percent of the world’s electricity is running through Predix,” he said.

Earlier this fall, General Electric and the Samruk Kazyna Sovereign Wealth Fund inked a preliminary agreement to explore opportunities for cooperation in sustainable digital systems for Samruk Kazyna industrial enterprises and other Kazakh companies. The companies agreed to evaluate the possible localisation of Predix-based digital solutions – from edge to cloud – which would help nurture the nation’s developer community in partnership with the region’s leading universities.

Ruh shared his vision on the opportunities of future cooperation.

“GE has been in Kazakhstan for 70 years (starting when the country was a part of Soviet Union). We have been investing, hiring people and creating jobs in this environment for a long time. Looking at the future, we are working with Samruk Kazyna on rethinking how we can help them operate their businesses, become more efficient in energy, mining, healthcare and everything they do. We are looking to how we can collaborate, so that we can sell our joint products to the industrial customers in the whole Central Asian region,” he said.