By Aigerim Seisembayeva in Nation on 29 November 2017

ASTANA – The Kazakh Parliament’s Mazhilis (lower chamber) gathered experts and politicians  from throughout the world in the capital Nov. 27 to discuss  the nation’s ongoing modernisation processes and exchange legislative support experiences used for reforms in different countries. “Kazakhstan’s modernisation model in the new global reality” international parliamentary conference, dedicated to the Day of the First President was held to mark the Dec. 1 holiday in the nation. 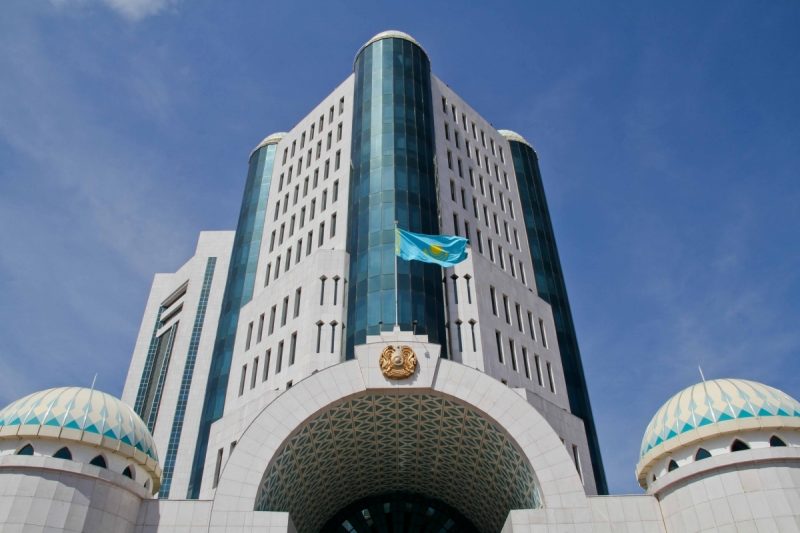 Parliamentarians from 15 countries, international experts, members of the Kazakh government and diplomatic corps and United Nations Resident Coordinator in Kazakhstan Norimasa Shimomura were among the attendees.

He focused on the three areas of Kazakhstan’s modernisation model – a new level of technological and infrastructure modernisation, constitutional and further political reforms and updating the national identity.

“The comprehensive nature of the modernisation requires the active participation of all the citizens. First of all, this requirement applies to civil servants and especially to us, the deputies of the country’s highest representative body exercising legislative power,” he said.

“It is therefore quite natural that Kazakhstan was the first Central Asian country to become a non-permanent member of the UN Security Council (UNSC),” he added.

Foreign Minister Kairat Abdrakhmanov dwelled on modernising Kazakhstan’s identity, the spiritual side of the effort. He noted Nazarbayev’s instruction to ensure Kazakhstan is known not only for its vast mineral resources and foreign policy initiatives, but mainly for its cultural heritage and new achievements in this area.

He marked such events as the modernisation programme presentation at the United Nations Educational, Scientific and Cultural Organisation (UNESCO) headquarters in Paris, as well as tours abroad by Kazakh artists.

“Just recently, the Foreign Ministry, jointly with the Ministry of Culture and Sports and regional administrations, held the first special press tour for foreign media representatives from 15 countries within the Modern Kazakh culture in the global world project,” said Abdrakhmanov.

He also stressed the importance of consolidation and cooperation efforts in Central Asia.

“We will work with all our neighbours to put into practice the initiative to hold informal consultations among heads of Central Asian states. We believe the bright spring holiday of Nauryz renewal could serve as a symbolic background for holding the first meeting in many years of Central Asian leaders under the chairmanship of our President,” he said.

Abdrakhmanov also invited the international participants to take part in the sixth Congress of Leaders of World and Traditional Religions scheduled for autumn 2018.

In his speech, Minister for National Economy Timur Suleimenov focused on the technological side of Kazakhstan’s modernisation.

“Today, a comprehensive plan is being developed for the technological re-equipment of basic industries until 2025. It includes, among other things, proposals on legislative changes to stimulate digitisation and innovation, measures of state support and personnel training. Measures are also taken to work with large enterprises – the flagships of our industry. We already have some good examples – one of the largest mining companies, KazMinerals, commissioned advanced ore-dressing complexes at the Bozshakol and Aktogai fields,” he said.

Minister of Information and Communications Dauren Abayev spoke more specifically on the modernisation of Kazakhstan’s identity.

“We will carry out large-scale training of schoolteachers in terms of using the latest technologies. Competency centres will focus on re-training traditional industry personnel and much more. That is how, thanks to human capital development, specific tasks will be accomplished to modernise Kazakhstan’s identity,” he said.

“From the peacemaking and security perspective, Kazakhstan has become a leader in the region, focusing on the interrelationship of peace, stability and development,” he said.

He also noted as a UNSC non-permanent member, Kazakhstan plays a very important role that enriches the entire region.

“Kazakhstan is also a green development pioneer. Your country has signed the Paris Agreement. The EXPO 2017 was held in Astana under the Future Energy theme. All of this indicates that Kazakhstan intends to carry out the agenda on the sustainable development goals,” he added.

“Nursultan Nazarbayev made a significant personal contribution to the definition of strategic directions for the development of integration in the Eurasian space,” he said.

“A platform for meetings on the settlement of the Syrian conflict was organised in Astana at a high level. After the Astana meetings, the conflict that lasted in Syria for seven years can be said to be coming to a settlement. Undoubtedly, President Nazarbayev’s contribution to this process is significant,” he said.

Ariel Cohen, director of the Centre for Energy, Natural Resources and Geopolitics at the Washington, DC-based Institute for Analysis of Global Security, also spoke about Kazakhstan’s achievements.

“Over the past 25 years, President Nursultan Nazarbayev, as the head of a young state that is located between Russia and China, has shown a clear intention for multi-vector and conflict-free development. This is a very serious achievement. The foundation, which is laid today by President Nazarbayev, will allow Kazakhstan to become a more successful country in the future,” he said.