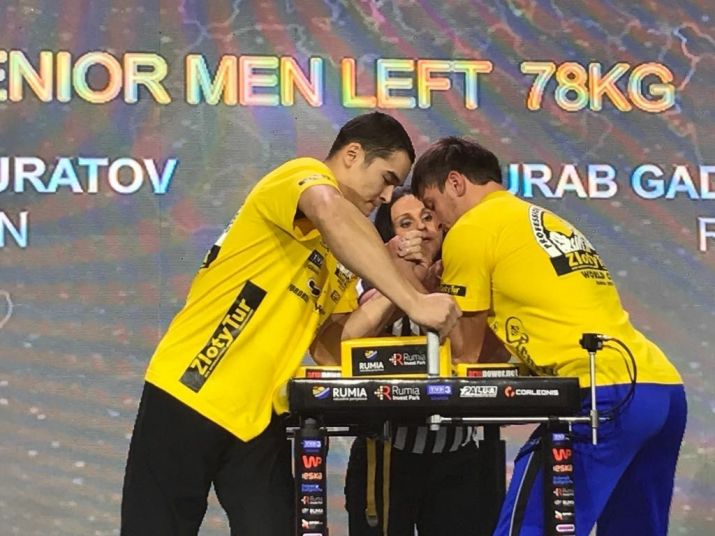 Ahmed Aliyev, the honoured coach of Kazakhstan and vice president of the Arm-wrestling Federation, prepared the athletes for the international competitions.

“We returned from the World Cup, one of the most prestigious and popular tournaments in arm-wrestling. The Kazakhstan team was composed of 26 people, including five women, ; sportsmen with disabilities also took part. As a result, our team took the second team place, losing to the Russian national team,” Aliyev said.

The vice-president of the arm-wrestling federation emphasised that this is an excellent result, which once again confirmed the high level of preparation of athletes from Kazakhstan.

“At the World Cup I performed for the first time and in the finals, I met an athlete from Russia in the weight category up to 78 kilogrammes. Despite the fact that the favourites were athletes from Georgia, Latvia, Turkey and Ukraine, it was me who managed to win,” arm-wrestling world champion Alizhan Muratov shared his impressions.