By Dana Omirgazy in International on 10 November 2017

ASTANA – Kazakh and Chinese customs authorities agreed during Nov. 6-8 meetings in Beijing to launch a platform to better control vehicles, goods and individuals on the Kazakh side of the Khorgos centre of cross-border trade, inform.kz reports. The platform was introduced June 1 on the Chinese side of the border. 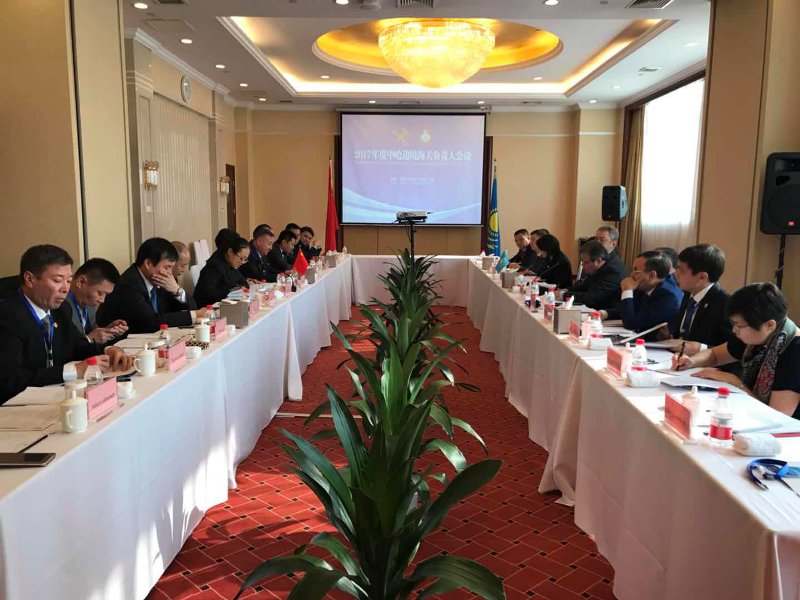 The parties discussed challenges on cooperation to control the customs value of exporting and importing hydrocarbons that are transported through pipelines. Meeting participants also focused on joint trainings of canine teams, which are scheduled for next year in Beijing.

Kazakh customs officials informed their Chinese counterparts about the measures taken to create favourable conditions for foreign economic activity participants at the border and the launch of a transport and logistics centre at the Kalzhat checkpoint.

The sides positively assessed measures taken to simplify the passage of international railroads in China-Europe direction (51 routes, 33 of them pass through the territory of Kazakhstan) and ensure round-the-clock operation of the Altynkol railway checkpoint.

This year, customs authorities carried out customs clearance, the exchange of preliminary data, provided the transfer of information between border customs authorities in electronic format, implemented the Green Corridor project, strengthened cooperation in combating cross-border crime and the smuggling of weapons and ammunition.

Over the past five years, the number of tourists passing Khorgos has increased. During the first 10 months this year, their number reached 4.657 million, increasing 10 percent year on year.

With the increase in the flow of tourists, the checkpoint has introduced new methods and equipment for inspection and has opened additional posts to process documents, which have improved the efficiency of customs screening of tourists.