By Dana Omirgazy in Culture on 23 November 2017 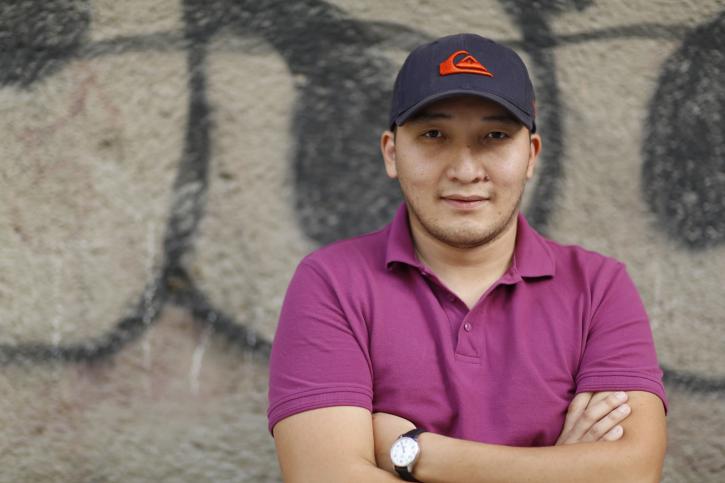 The shooting of the movie lasted only two weeks, though work on the script took almost half a year, informburo.kz reports.

Akhmetov’s first film is a darkly funny crime drama. He noted that he did not intend to copy or imitate any of the famous directors in the genre, but that his film does make reference to Tarantino.

“There was no task of making a movie like Tarantino’s. We had the task of making a film in one location. Who is shooting in one location? Of course, Tarantino. So somewhere we learned from him. I just wanted to make a new movie,” Akhmetov said. “In Kazakhstan, every film is a repetition of another one. I need to show myself off, because this is my debut. It’s true, there is a theme of money that is relevant at all times, although I would not call the movie topical.”

“Nedelimoe” features a mostly male cast, with only two female roles. According to Akhmetov, the cast was perfect, and he was able to get the popular domestic actors he initially envisioned in the film to actually agree to join the project of a young director.

“We just visualised the script, imagined which Kazakh actor would ideally fit into this or that role,” the director said. “I did not even think they would agree to perform in my movie, and just sent them a script. It turned out that most people were interested, they liked the script. It’s amazing that everyone could fit two weeks of shooting in their busy schedules. I got the impression that someone from above helped me make this film.”

Production costs were mainly covered by Akhmetov himself, though he had to sell some equipment and even take on some debt.