Kazakh expo pavilion to reopen as showcase for green technologies 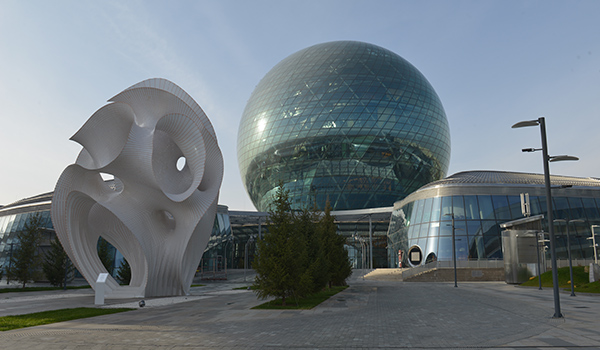 “The preparations are near the end. As for the exhibits, we would like to keep it as a secret before the opening itself,” the Astana EXPO 2017 National Company press service informed.

It takes approximately 3-3.5 hours to tour the 25-hectare facility. Tickets will be required but pricing has not been announced.

The opening of the museum is part of the plan for the post-exhibition use of the expo’s facilities. Kazakh President Nursultan Nazarbayev reiterated the plan to turn the nation’s pavilion into the Museum of Future during the EXPO 2017 closing ceremony in September. The entrance on the opening weekend of Nov. 11-12 will be free.

“The infrastructure of the exhibition complex will function fully after the end of the exhibition. Our national pavilion Nur Alem, several other pavilions featuring the exhibition theme will be preserved as the legacy of the expo, as the museum which will be open to visitors, our country and our friends from abroad,” said Nazarbayev in September.

Kazakhstan also plans to use part of the infrastructure created for the expo for the Astana International Financial Centre. The centre will officially launch next year, adapting best international practices, including English law, with a goal to turn the capital city into the financial hub of the region.

The future energy theme of the exhibition will also live on in the International Centre of Green Technologies and Investments, which government officials hope will contribute to global sustainable development and help Kazakhstan transition to a green economy.

Among other major projects is the establishment of an international technology park for IT start-ups attracting IT entrepreneurs and investors from around the world.