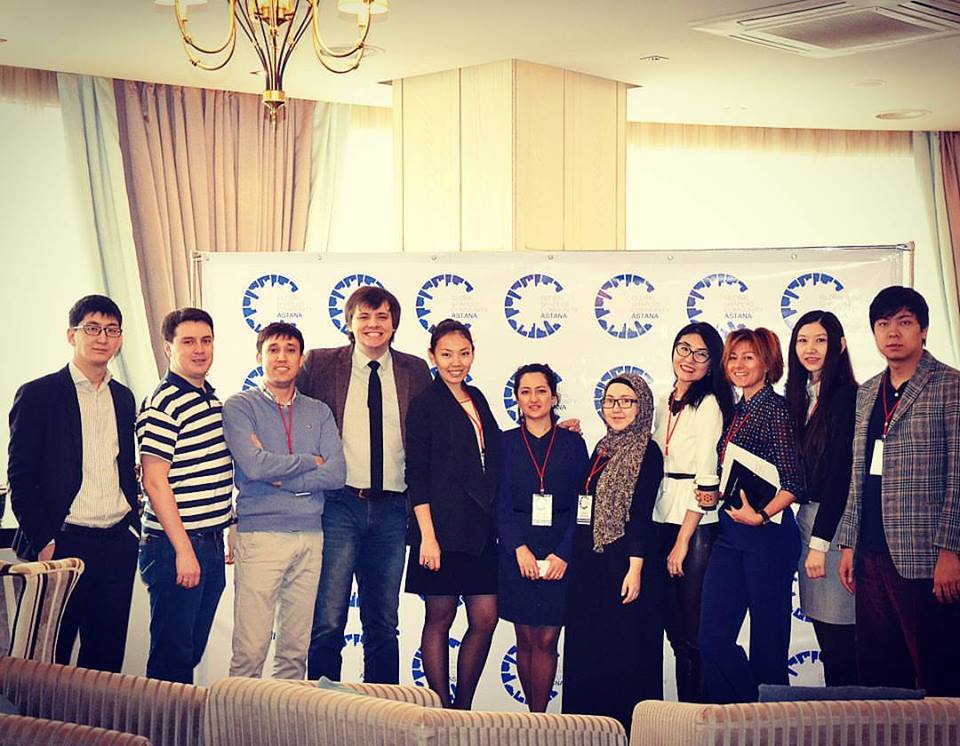 Established in 2011 by World Economic Forum founder and executive chairperson Klaus Schwab, Global Shapers is a community of 6,930 self-empowered and self-organised individuals aged 20-30 who demonstrate potential and commitment to change and action to address pressing issues. The millennial generation accounts for nearly 50 percent of the global population and Schwab’s initiative came at the right time.

The network spans 378 city hubs in 156 countries worldwide with a common goal of making a positive change in their communities. It “believes in a world where young people are central to solution building, policy-making and lasting change,” according to its website.

“Schwab realised that gathering world leaders [at the World Economic Forum] was not enough, therefore he decided to gather young leaders,” said Taishibekov.

“Global Shapers are people 20-30 years old from diverse backgrounds and working in different fields for whom making a change is not only words, but a life motto. They have experience in business and large-scale projects,” added Yedigeyeva.

The first hubs were launched in New York, London, Tokyo, Johannesburg, Lagos, Riyadh, Geneva, Amsterdam and Istanbul, subsequently rapidly spreading across the world. The Astana Hub was organised in 2012.

As a rule, the Global Shapers board contacts inspiring and distinguished individuals in each country who are capable of building a solid following of young people, said Taishibekov. The local network selected Sayasat Nurbek, then head of Kazakhstan’s Centre for International Programmes. The community is represented in Astana and Almaty, with more than 25 people in the capital hub.

“These are very different people with a common goal to make Astana better,” said Yedigeyeva.

“We have selected seven new members just recently. We have a difficult selection process. We received 50 applications,” he said.

New members are on a one-month probation period to test one’s commitment.

“A person that can make one project within a month will be able to make a large project in a year,” noted Yedigeyeva.

“The hub has a mandatory meeting once a month. We also have working groups that are involved in different activities and they can meet whenever they want,” added Taishibekov.

The hub’s most prominent projects are Global Talks and Shapers Share events.

“Global Talks is when we invite distinguished politicians, businesspeople and figures who are usually not available to youth, so that they share their life experience and knowledge. We had a good turnout recently with 1,500 applications,” said Yedigeyeva.

The uniqueness of the platform, however, is in its informal lean-coffee format, noted Taishibekov.

“There is no camera. Questions are not sent beforehand. Different themes are discussed and different questions are posed from the audience. We try to put the person’s position aside and try to open up the person,” he said. 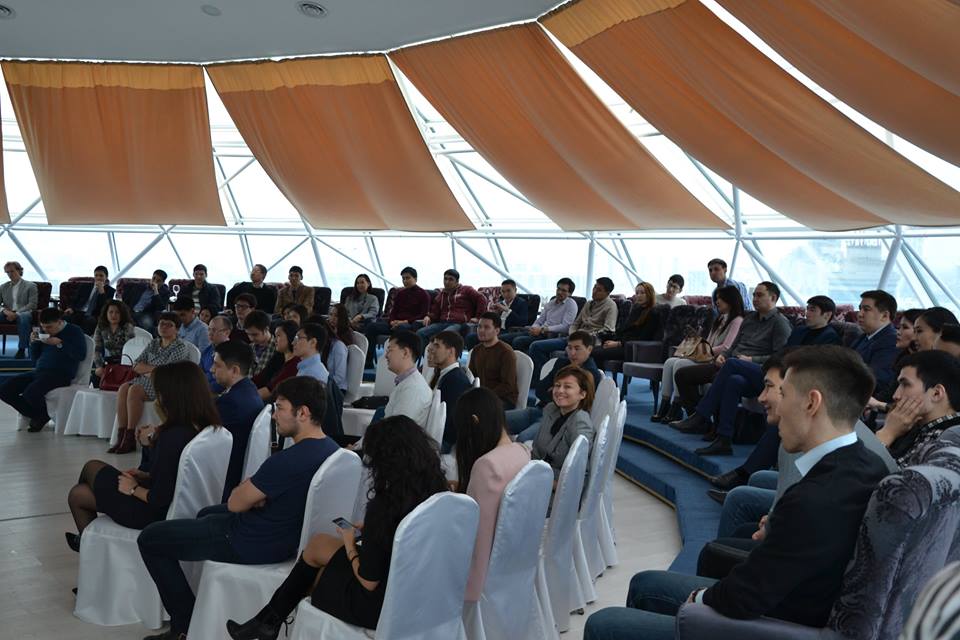 Shapers Share is meant to inspire young people, as self-made individuals tell about their experiences and achievements.

The capital hub also organised the Shape Eurasia forum in 2014, bringing 150 people from 55 countries to the city. Similar types of events are organised in each region, with the hosting city changing every year. 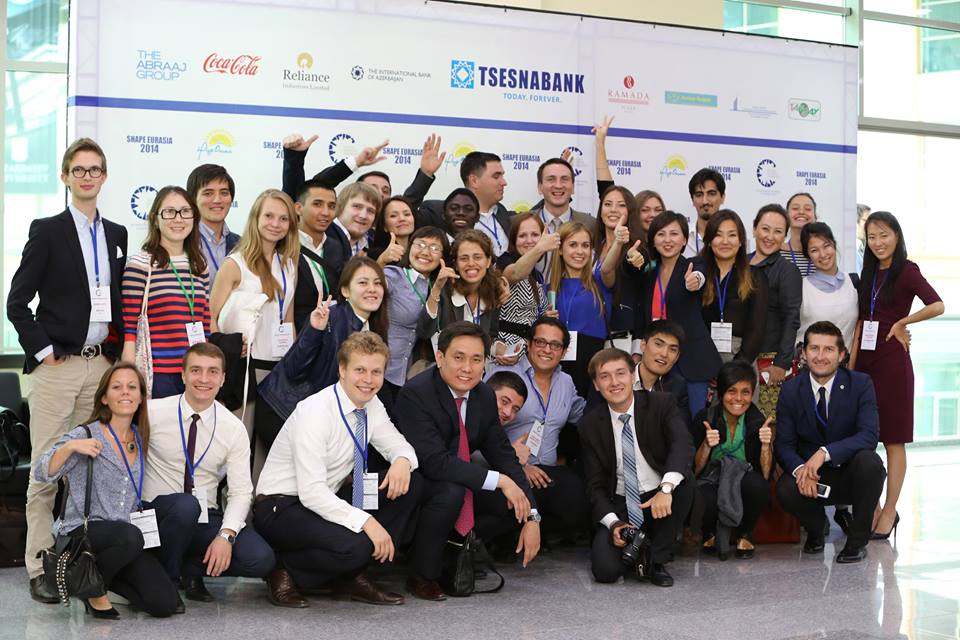 Discover Expo, coordinated by the capital hub, attracted shapers from across the world to the city this summer to familiarise them with the international exposition.

“We invited shapers from around the world to the expo. We welcomed them in Astana and they were really impressed. We also organised meetings with business people and different organisations. We toured them around Astana,” said Taishibekov.

The Global Shapers community connects young people worldwide to the best things, noted Yedigeyeva, who stressed the significance of networking.

“Global Shapers for me is primarily networking and an opportunity to meet different people. Wherever you go, it means new acquaintances. Secondly, when we visit different events [organised by shapers], such as Shape Europe, we have an opportunity to get acquainted with politicians and businesspeople, the opportunity otherwise you do not have,” he said.

Networking with “amazing people in any place of the world” is what members derive from being a shaper, according to Aizhan Kapysheva, a Global Shapers alumna and current graduate student at Columbia University in New York.

“There is a global community online and when I go to any city worldwide, I usually reach out to shapers from that local community,” she told the paper.

Kapysheva joined the Astana hub in 2014.

“I wanted to join a group of young people who wanted to do something positive in society. The year 2014 was when Astana hosted the Shape Eurasia event and as the Astana hub shapers, we were organising the event, putting together the programme for 70 participants,” she added.

She also participated in the Shapers Share event, discussing her experience of enrolling in the Ivy League university with other students. 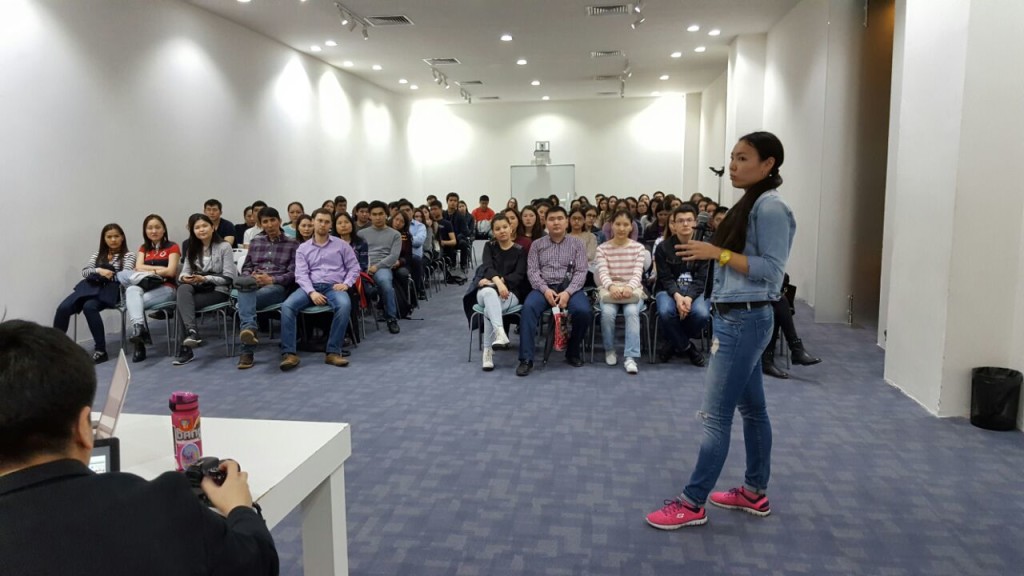 “We did a presentation and a hundred people attended. Some of them later sent their applications and got into graduate school; for instance, one person got into the School of International and Public Affairs [at Columbia University],” noted Kapysheva.

“The primary reason why I joined Global Shapers was to find myself in a community of young people who are driven by an unparalleled zeal to contribute to their society and try to change it for the better,” she said in an interview for this story.

As one of 60 winners of the Many Languages, One World international essay contest, Nurkanova had a chance to speak in the United Nations General Assembly Hall this summer and present an action plan within the UN 2030 Agenda for Sustainable Development.

Working as a team increases the efficiency of projects implemented by the hub, said Nurkanova, who is involved in the project seeking to launch an empowerment summer school throughout orphanages by summer 2018.

“The beauty of Global Shapers is that we brainstorm our projects together, we think of the organisations that can jump on board and be interested in the implementation of our ideas and we get to roll our sleeves and get to work,” she said.