By Aigerim Bulambayeva in Nation on 31 October 2017

ASTANA – The World Bank marked International Day for the Eradication of Poverty Oct. 27 with the storytelling event “Talking for Change.” A number of compassionate speakers shared their personal experiences and life stories and described how those actions changed their way of thinking and improved the lives of others. They focused the audience’s attention on societal issues and possible solutions. 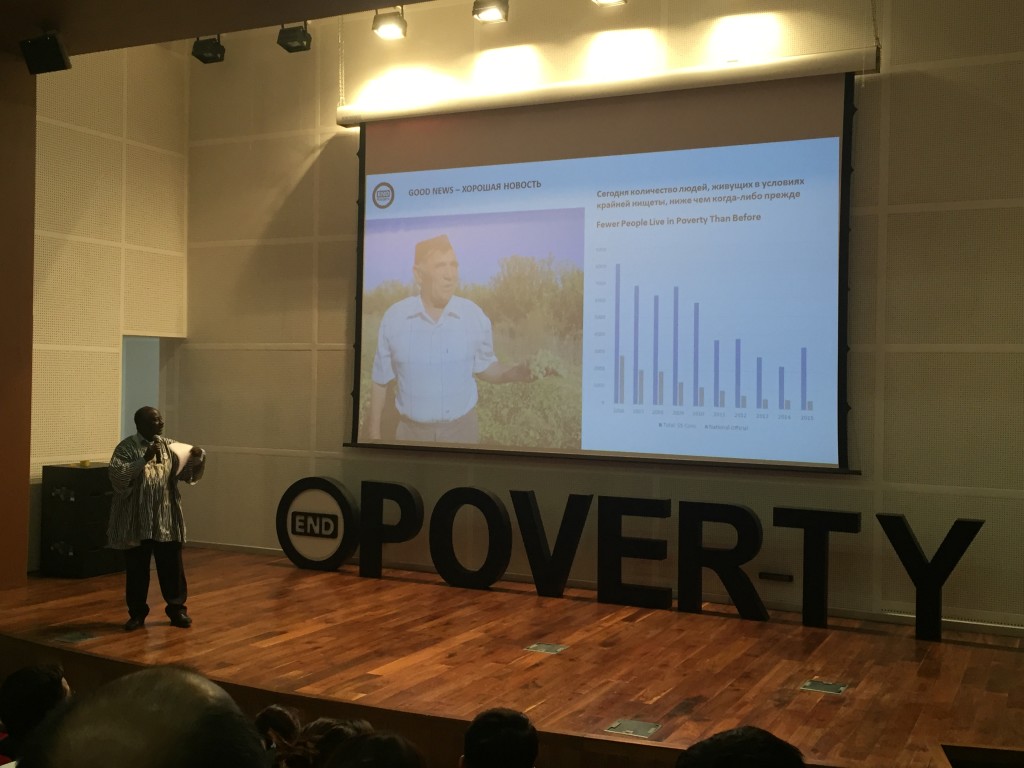 The date was not a random choice. The UN-designated International Day for the Eradication of Poverty is Oct. 17 and 2017 is the declaration’s 25th anniversary. The World Bank and Kazakhstan are also celebrating 25 years of partnership, when the international financial institution has helped the country implement numerous projects aimed at development reforms.

Eradicating poverty and sharing prosperity are the World Bank Group’s mission and main goals. Commemorating the day is part of its wider campaign that seeks to raise awareness, build support and catalyse action to end extreme poverty by 2030 and create opportunity for all. 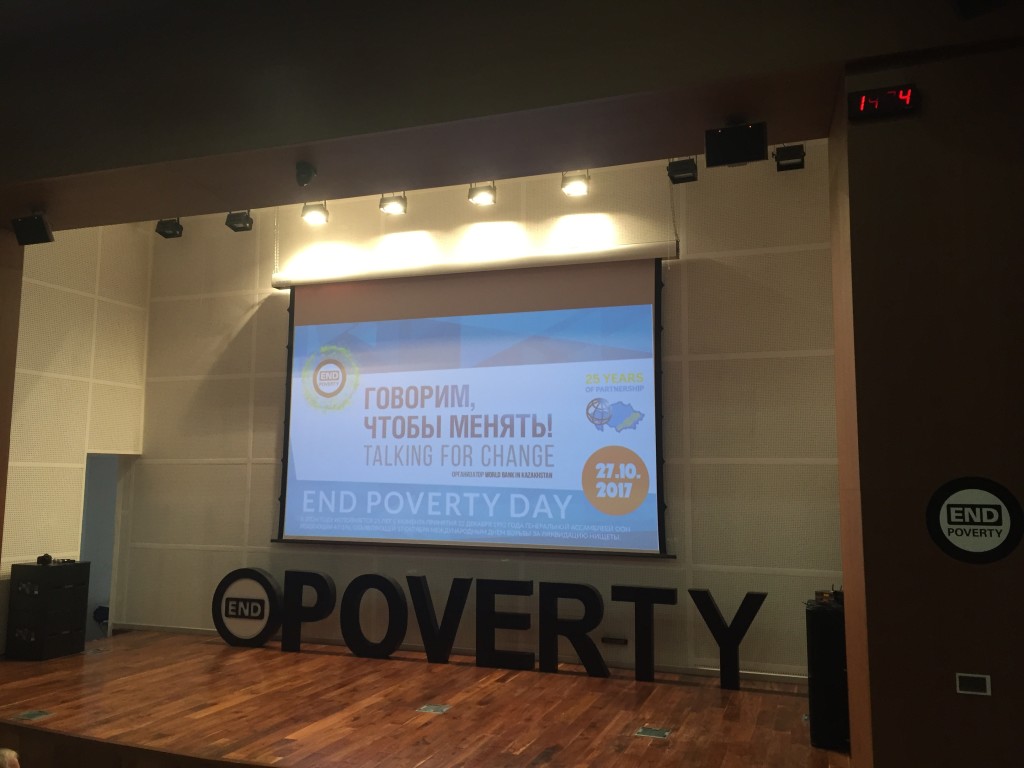 The speakers and moderators indicated there is more than one definition of “poverty” and thus there must be more than one way of solving the problem. Ato Brown, World Bank Country Manager for Kazakhstan, said his definition is the “inability to achieve one’s full potential.” As someone raised in a middle-class family, he said he did not realise the scale of the problem, even during the 1982 revolution in Ghana, and stressed the importance of raising awareness of poverty-related issues among the population.

“It took me years to see the glass as half full rather than as half empty,” he noted.

Brown discussed some of the recent trends identified by the World Bank report. According to the data, fewer people throughout the world now live in poverty and, in Kazakhstan particularly, poverty has been consistently falling. The nation’s positive economic growth peaks between 2002-2007 and 2013-2014, both fuelled by oil, resulted in more job openings and a consequent reduction in the poverty level. The growth rate in the second period was significantly lower than the first, implying smaller returns on oil extraction and signalling the need for a new growth model.

“We saw the oil economy was not sufficient in sustaining growth over the future,” said Brown.

He added poverty, defined by geography and occupation, is distributed unevenly across the country. Poverty is more prevalent in the southern regions and Brown argued “self-employed” – a term widely used in statistical reports – is strongly associated with the poorest cluster of the population.

Despite overall positive trends during the past years, the issue of poverty remains compelling in Kazakhstan due to dependence on the oil economy, poverty in the countryside and the under-development of a strong middle class.

“We have a solid 15-20 percent of the population in the upper income bracket and similar percent in the ‘poor’ category, but a very big band of the lower middle class – a very vulnerable group that can easily fall down into the poor category,” said Brown.