By Staff Report in International on 22 October 2017

ASTANA – The Unbreakable Brotherhood 2017 exercises on post-conflict resolution with the peacekeeping forces of the Collective Security Treaty Organisation (CSTO) were launched on the Iliisky training ground in the Almaty region, reported the Kazakh Ministry of Defence press service. The manoeuvres, held Oct. 16-20, were another stage of the operational-strategic exercise Combat Brotherhood 2017. 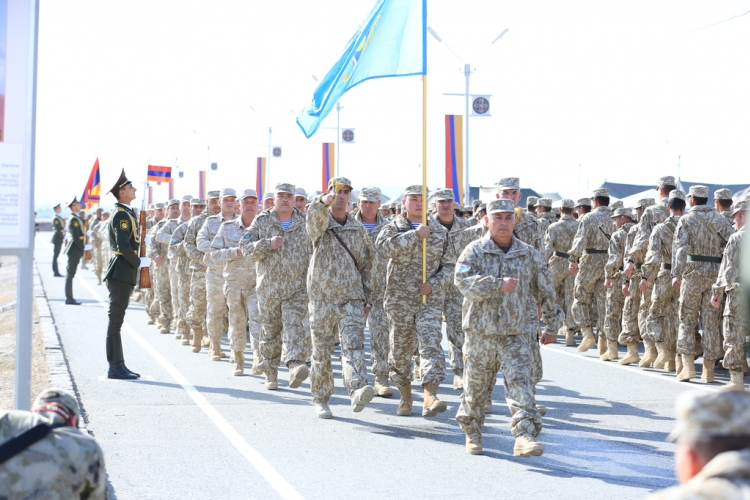 The exercise involves peacekeeping contingents from Armenia, Belarus, Kazakhstan, Kyrgyzstan, Russia and Tajikistan and CSTO Collective Peacekeeping Forces (CPF) police units. Representatives of the International Committee of the Red Cross, the Joint Staff and the CSTO Secretariat have also been invited.

Tasks were coordinated for negotiating, escorting humanitarian supplies, patrolling and carrying out service at checkpoints and observation posts and blocking and eliminating militant training camps.

The CSTO CPF involves psychological struggle and information confrontation units. According to the scenario, the CPF will increase actions step-by-step in conditions involving the mass arrival of people displaced from armed conflict zones.

The final stage of the Combat Brotherhood 2017 exercise will be tasked for completion by CSTO Collective Rapid Reaction Forces (CRRF) contingents, to be held Nov. 10-20 in Tajikistan.