ASTANA – Kazakh National Bank Governor Daniyar Akishev said during an Oct. 3 government meeting that inflation is projected to remain in the targeted corridor of 6.9 percent to 7.5 percent until the end of the year. 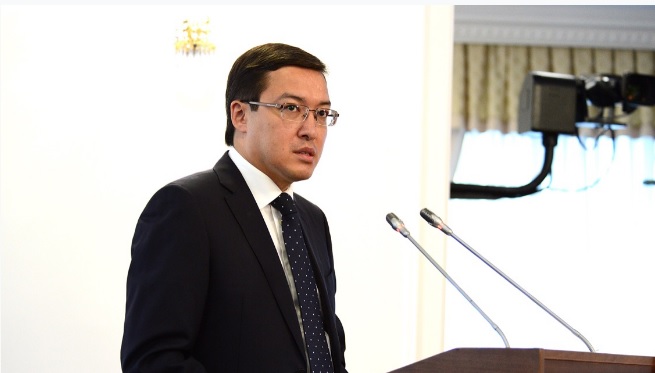 Akishev noted inflation reached 4.2 percent in the first nine months of 2017 and that Kazakhstan seeks to slow down the growth of inflation at 4 percent by 2020.

“All these monetary policy measures, which are part of inflation targeting, are undertaken to accomplish these goals. National Bank base rate is held at 10.25 percent, which stimulates the flow of bank’s available resources to the real sector of the economy and at the same time ensures the stability at financial, but most importantly, currency market,” he noted.

Though the National Bank continues its policy of a floating exchange rate, which means the market is regulated by demand and supply forces, it still reserves the right to some market interventions to maintain stability at foreign exchange market.

In August and September, the bank had to undertake such measure and sell foreign currency, according to Akishev, seeking to stabilise the market amidst rising devaluation expectations.

Akishev also outlined certain risks that drive inflation rate growth, where the government’s increasingly strong fiscal policy is one of them.

“First, despite common consensus about the lack of money supply, fundamental inflation tension stems from the stimulating fiscal policy. In 2016, pensions and social benefits saw a 16 percent increase, salaries from the national budget grew 18 percent, with inflation rate at 8.5 percent,” he explained, referring to the example of Russia that did not adjust social benefits to inflation rate changes allowing for a faster achievement of mid-term inflation rate objectives.

Increasing number of loans also contributes to the rising inflation rate. “Since the beginning of this year, the volume of loans grew 11 percent or 270 billion tenge (US$788.4 million),” added Akishev.

Yet, he noted the influence of structural features of the economy on the nation’s progress in achieving its objective of a lower inflation rate. “This includes insufficient depth of durable goods market, weak competition, presence of trade margins and intermediaries,” he said, emphasising the need for a stronger coordination and interaction between all competent bodies.