By Aigerim Bulambayeva in Tourism on 12 October 2017

ASTANA – To raise awareness of the sacred and cultural sites of the Zhetysu region – and the tourism potential they represent – an expedition travelled one by one to the significant sites in the region between Sept. 18 and Sept. 23. 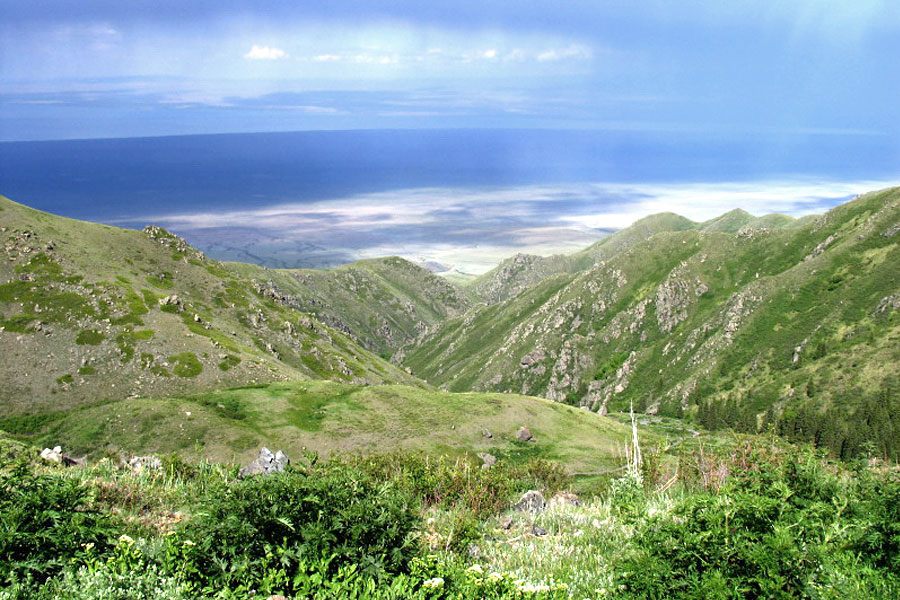 “[T]he rector of Zhetysu State University Kuat Baimyrzayev proposed to organise a joint project aimed at introducing and exploring sacred places in Almaty region. Thus, in the period from Sept. 18 to Sept. 23, the Assembly of the People of Kazakhstan in cooperation with Zhetysu State University, conducted a scientific and educational expedition under the theme ‘Zhetysu – a sacred place with a strong spirit,’” Gabit Tursynbai, one of the organisers of the event and head of the Almaty Secretariat of the Assembly of the People of Kazakhstan, explained.

The decision was made at a regular meeting of the scientific-expert group of the region, he said.

The House of Friendship, a municipal government agency that is part of the assembly, funded the expedition. The expedition group consisted of 40 participants, among them the management and staff of the aforementioned university, as well as members of the assembly and the House of Friendship, university scholars and students, chairs of ethnocultural unions, media reporters and directors.

The ultimate goal of bringing together this group of experts and enthusiasts is to promote Zhetysu region.

“The main objectives of this expedition are the identification, study and account of the sacred places of the Zhetysu region; collection of oral stories and legends; implementation and clarification of the main provisions of the presidential programme [to modernise Kazakhstan’s identity] to the population of Almaty region; preservation of cultural and historical objects; strengthening of unity and social harmony; and education of youth in the spirit of patriotism,” explained Tursynbai.

The route map of the expedition was drawn around sacred sites of the region identified by historians and geographers at Zhetysu State University. It started in Taldykorgan, followed by Kerbulak, Panfilov, Sarkand, Alakol and Aksu regions.

Similar expeditions have taken place in the area, but Tursynbai explained that this event was both inclusive and deeply local.

“Every nation and civilisation has its own sacral sites that are common for each individual within the community. Those sites are the sources of spiritual traditions. The uniqueness of this particular expedition is that in a course of one week, participants were able to see first-hand beautiful sacral places with rich history located in Kerbulak, Panfilov, Aksu, Sarkand and Alakol regions, such as Genghis Khan’s Hill, Akbastau Springs and the healing mineral spring Naizatapkan, as well as to meet and talk to local people,” he explained.

The expedition is long-term and consists of two phases. The first was held in September; the second one is planned for 2018. The second stage will also be week-long.

As the first phase of the expedition came to its end, it brought some tangible results.

“The first phase of the expedition ended with satisfying results as the participants visited all sacred places, historians and scientists kept diaries and records on the roads of their ancestors. Based on the results of the scientific and educational expedition, a book, which will consist of two volumes, and a map of sacred places are being prepared for publication. They are expected to attract both local and foreign tourists to the Almaty region in the future,” Tursynbai shared.

Although the first phase of the expedition was quite successful, the expedition group experienced some difficulties during their exploration, including technical breakdowns.

“The participants had a 1,200 kilometres-long ride through the Altyn Emel and Koilik passes and Kapal Mountains. However, despite those conditions and physical fatigue, the participants enjoyed the trip. Having visited revered religious objects as well as sacred places, associated with historical personalities and events, each participant discovered something new and amazing,” said Tursynbai.