ASTANA – The European Union, the International Science and Technology Centre (ISTC) together with the Kazakh Ministry of Investments and Development launched Oct. 12 the second project on export control of dual use goods and technologies, marking another step in strengthening the long-term partnership and cooperation between the two sides. 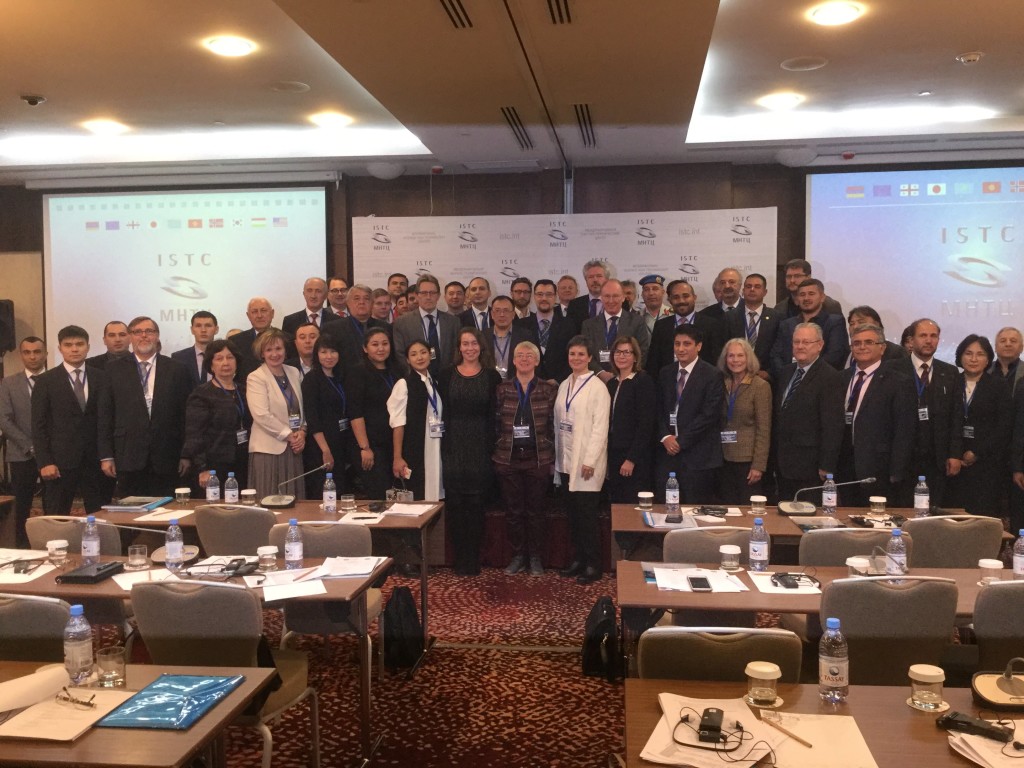 Participants of the seminar

The EU-funded project seeks to enhance export control mechanisms in Kazakhstan and beyond by building on the positive results of the pilot project EU P2P: Dual Use Items for Jordan and Kazakhstan, that started in 2014, and expanding the geographical scope involving now eleven countries – Afghanistan, Armenia, Georgia, Jordan, Kazakhstan, Kyrgyzstan, Mongolia, Pakistan, Tajikistan, Turkmenistan and Uzbekistan.

Among other positive outcomes, the export control initiative resulted in the establishment of the identification centre within Kazakhstan’s National Nuclear Centre, ISTC Executive Director David Cleave told The Astana Times, and among other objectives, the new project is meant to raise awareness in the Central Asian region on export control.

“We want to use Kazakhstan’s leading role in Central Asia and utilise this identification centre as a training ground to learn and see how to identify dual use goods and export control techniques,” said Cleave.

Setting up an academic course at universities that can foster the project’s capacity building aspect is among the ISTC long-term objectives as well.

“That will be available for people like lawyers, government officials, certainly for those people who can be involved in export control to understand what the risks are, what the areas, products, techniques and technologies are that they need to look out for in order to mitigate problems of dual use,” noted Cleave.

In a long-term perspective, this will help improve the safety capacity of countries involved in the project, he added.

An Oct. 12 international seminar marked the launch of the programme, bringing the best expertise from EU and countries participating in the project, including government officials, together to engage in a thorough discussion of the current legal framework on export control, institutional mechanisms as well as new trends and challenges in the field.

“Export control in each country is ever changing along with the changes in the security situation of the country, the region and the world. This is what makes export control so challenging,” noted Harrington, emphasising the difficulty of following a rapid evolution in the field and the subsequent need for combining efforts of all parties involved.

Though the exchange and implementation of practices is an essential component of multilateral cooperation in the field, it is equally important to localise the mechanisms, she added.

Accomplishing this task within the context of dual use goods and technologies is of particular importance, as these goods have both civil and military application with the latter’s potential to be used for destructive purposes, said Harrington, stressing the difficulty in identifying potentially dangerous goods and technologies that “may not look as dangerous on the surface.”