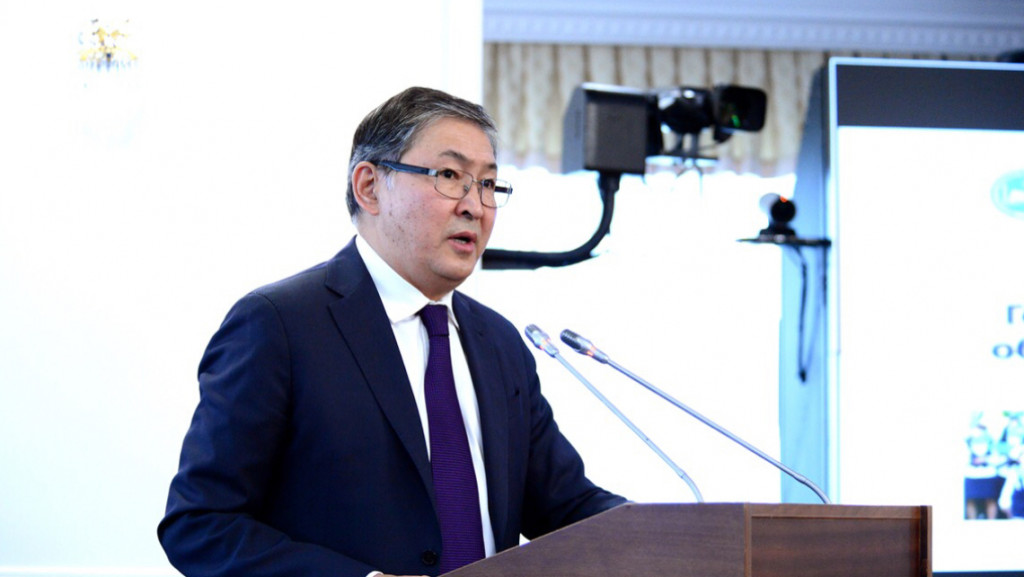 “The state programme will undergo significant changes in light of a number of new initiatives of this and last year. They are the Rukhani Zhangyru (Modernisation of Kazakhstan’s Identity) programme and transition to the Latin alphabet, as well as the Digital Kazakhstan programme. Finally, it is the Strategy 2025 that envisages the development of Kazakhstan as an educational hub for the Central Asian region,” he said.

Approximately 420 billion tenge (US$1.25 billion) has been allocated this year to implement 168 events under the programme. Since SPESD was instituted, 1,309 pre-schools have been opened and 155 schools built throughout the country.

“To simplify the procedure for opening kindergartens, new sanitary norms and rules have been adopted. Thus, 92.3 percent of newly opened pre-school institutions account for private organisations, particularly in the South Kazakhstan, Kyzylorda and Almaty regions and the city of Almaty. In addition, conditions are created for children with special educational needs,” he said.

A five-day academic week was introduced this year in secondary schools. To implement the three-language policy, 30 percent of basic and profiling disciplines are taught in English, while 273 two-degree educational programmes have been coordinated with 49 foreign universities.

“To eliminate three-shift education and schools in emergency conditions, 72 billion tenge (US$215.6 million) was provided. However, despite the measures taken and the construction of new schools, the number of three-shift schools has not decreased due to urbanisation and demographic trends,” said Sagadiyev.

Rather than rely on three-shift and emergency schools, 76 new facilities will be put into operation by the end of the year, 52 of which opened their doors in September.

“In September this year, within the framework of the first summit of the Organisation of Islamic Cooperation (OIC) on Science and Technology, the OIC Programme on Science, Technology and Innovation was developed and adopted until 2026,” said Sagadiyev.

Kazakhstan became a member of the Organisation for Economic Cooperation and Development (OECD) Committee for Scientific and Technological Policy this year. According to OECD standards, pre-school and school education content has been updated and colleges and universities have introduced 92 new programmes developed with international experts and employers.

Sagintayev noted the importance of continuing the work to enhance the competitiveness of domestic education.

“The recommendation to amend the current programme remains relevant; moreover, it was stated in the President’s state-of-the-nation address this year, where special emphasis was placed on changing the education system. Therefore, within the framework of the new model of economic growth, the role of the education system is very important,” he said.