ASTANA – The first registered Toastmasters Club in Central Asia was founded in the capital in 2010 by Samat Panov and Asem Panova. The organisation is devoted to improving public speaking and leadership skills, as well as providing learning experiences for greater self-confidence and personal growth, and the Astana Toastmasters Club (ATC) has generated many fellow clubs in the country and beyond its borders. 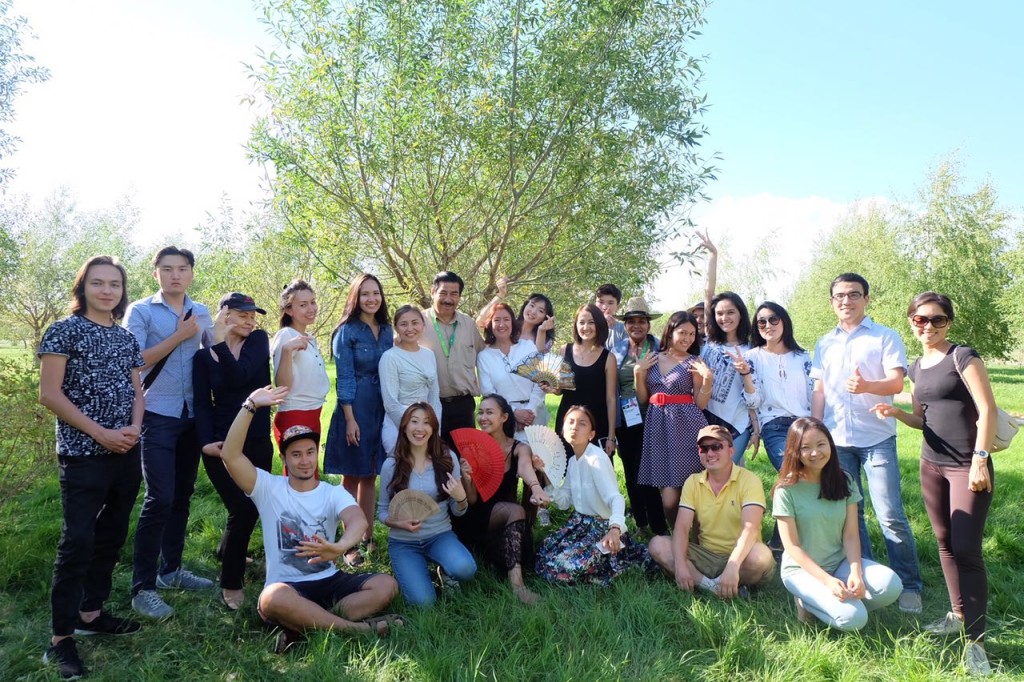 ATC currently has approximately 40 active members, with at least 15-20 attending meetings joined by ex-members and about 10-20 guests.

“Club meetings are held every Saturday at 12 o’clock in the American Corner and every other Thursday in the PwC office at 7:30 p.m. The precise schedule is usually provided via social media, such as Facebook and Instagram,” said ATC President Kanat Bazaraly in a recent interview with The Astana Times.

Regular ATC meetings usually begin with a prepared speech session, where all orators practice their performances in advance on a topic of their choosing. It is followed by a table topic session, where anyone can answer master questions. The meetings end with an evaluation, where each speaker receives suggestions from other members.

According to the club’s website, there is no instructor; instead, each speech and meeting are critiqued by a member in a positive manner, focusing on what was done right and what could be improved.

The local club does not have branches, he noted, but helped open and establish a few other groups such as those at Nazarbayev University and Samruk Kazyna.

Clubs have formed in Almaty, Atyrau and Kashagan. Some ATC members have been involved in opening new clubs in Kazakh cities such as Aktobe, Karagandy, Kostanai, Pavlodar, Petropavlovsk, Shymkent, Uralsk and Ust-Kamenogorsk, all by request of local American Corners.

“We or Toastmasters International don’t open new clubs, we can only help people open their own,” said Bazaraly.

He shared his personal experience in ATC.

“My first time in the club left a controversial impression: from one point, I understood that this is about something related to public speaking, yet from the other side I did not understand what was going on: who are the speakers, why are they speaking, who are all of this people around me and what is the point?? I do remember someone tried to explain to me how it was all working, but for me it was like the first meeting of Robinson and Friday and I was Friday. Yet, I wanted to speak as some speakers and share my ideas with someone. That is why I stick around and continue my journey. Time has passed and ATC has become a consistent part of my life which allows me to meet interesting people who always want to achieve more – more from themselves (but not always for themselves),” he said.

As for the future, the club plans to grow or establish a district club, which, according to Bazaraly, will provide a better understanding of Toastmasters mission, effectively manage the clubs’ organisations and allow participation in worldwide Toastmasters competitions.