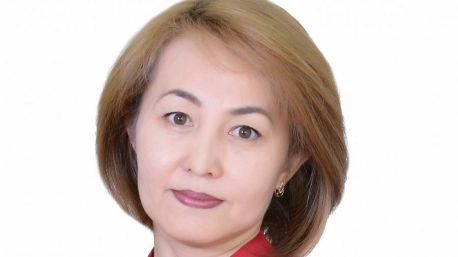 “Taking into account the obligations of individual entrepreneurs working on a special tax regime on the basis of a patient, they need to pay contributions at the beginning of the period. SMIF was expecting to receive no less than $1.7 million in July,” she said.

The deadline is no later than the 25th day of the month; July payments, for example, needed to be made before Aug. 25, she said, adding “we are expecting the increase in the amount in August compared to July.”

According to official data, as of Aug. 10, more than $3.8 million was transferred to the SMIF accounts at the National Bank of Kazakhstan.

The law “On Compulsory Social Health Insurance” stipulates that delayed transfers are collected by state revenue bodies and are subject to a 2.5-time accrued interest, the official refinancing rate established by the National Bank for each day of delay including the day of payment. The law “On Administrative Offenses” also stipulates a penalty for failure or “improper payments” and contributions.

“Until the end of the year, we are expecting to receive more than $68 million. Next year, SMIF must ensure a minimum required balance in the National Bank accounts of at least $148 million,” said Orazaliyeva.

According to SMIF estimates, on average the fund will need $151 million a month next year to finance medical services as part of its programme.

“Considering that from January next year we will have income from other categories of payees, we will have enough funds to ensure the uninterrupted financing of medical institutions within the Mandatory Social Insurance System (MSIS),” she said,

“Currently, SMIF is working with medical institutions to clarify the conditions for the provision of services within MSIS and the conclusion of contracts with SMIF. Private medical organisations are involved in ongoing activities. It should be noted that today, up to 30 percent of them are still providers of medical services as part of the guaranteed free medical care as the main performer or as co-executor for certain types of services. Among them, for example, are such medical centres as DostarMed, Centre ECO, Mediker Astana, Multiprofile Medical Centre and Meiirim.

“The law ‘On Mandatory Social Health Insurance’ provides that the state will transfer contributions to SMIF for children, the unemployed, mothers with more than three children, people with disabilities and other ‘socially vulnerable’ citizens, some 14 preferential categories, and that’s some 10 million people,” she added.

In the amendments to the law “On Mandatory Social Health Insurance” signed June 30 by President Nursultan Nazarbayev, “other persons” were determined as a new category of payees.

“These are so-called ‘non-productive self-employed’ and there are about 2.3-2.5 million such individuals. Their contributions are determined at the level of 5 percent of the minimum wage, which in the next year when they begin to make contributions will be approximately $4; thus, they will be able to independently implement these deductions and participate in the health insurance system,” said Orazaliyeva.

She also explained the automation system being implemented as part of the programme.

“The SMIF automation is carried out in stages. In the first stage, the existing information of the Ministry of Healthcare is being adapted for the SMIF activities to conclude contracts, monitor the quality of medical services and collect statistics for health service planning, forecasting and risk analysis. Also at this stage, the creation of the main accounting system of the SMIF is planned; the corresponding competition has already been announced through a single operator on the portal of the Ministry of Finance,” she noted.

“During the second stage, the implementation of integrated automation is planned. Currently, the Ministry of Healthcare, in conjunction with SMIF, is completing the preparation of the concept for the creation of an information system for subsequent coordination with interested bodies in the public-private partnership model.

“With regard to access to medical services, both free care and in the future within the MSIS, the existing health information systems will be involved, including an attached population register that will allow the citizen, after getting listed, to confirm the status of the insured and get the service by simply showing an identity card at any medical centre,” she added.