By Aigerim Seisembayeva in Nation on 5 September 2017

Speaking before the members of both chambers, Nazarbayev summed up the results of Parliament’s work during the previous session and stressed the importance of continuing the current legislative reform provisions.

The head of state noted Kazakhstan’s internal stability and public consensus made possible the three modernisation processes relating to economy, politics and national identity. He also mentioned the external tendencies and challenges the country is currently facing: an unstable global environment, the sanctions policy pursued by world powers and the spread of destructive phenomena that, according to Nazarbayev, are becoming even more active.

“At the same time, total digitalisation is gaining momentum, bearing both new opportunities and risks. All of these mean that at the time of modernisation, every minute counts. Kazakhstan surely needs to keep up and I know we can do it,” he said.

The President noted the legislative process has become more transparent. Parliamentary hearings have become more frequent and experts and representatives of civil society and the media are invited to bill consideration processes. Kazakh citizens are not always aware of their legal rights and duties, however, and special attention should therefore be paid to explanatory work, he stressed.

“During the previous session, the Parliament considered and adopted 84 draft laws. Among them is the law ‘On Amendments and Additions to the Constitution of the Republic of Kazakhstan.’ Fifteen bills were elaborated on the legislature’s initiative over the past year,” said Nazarbayev. 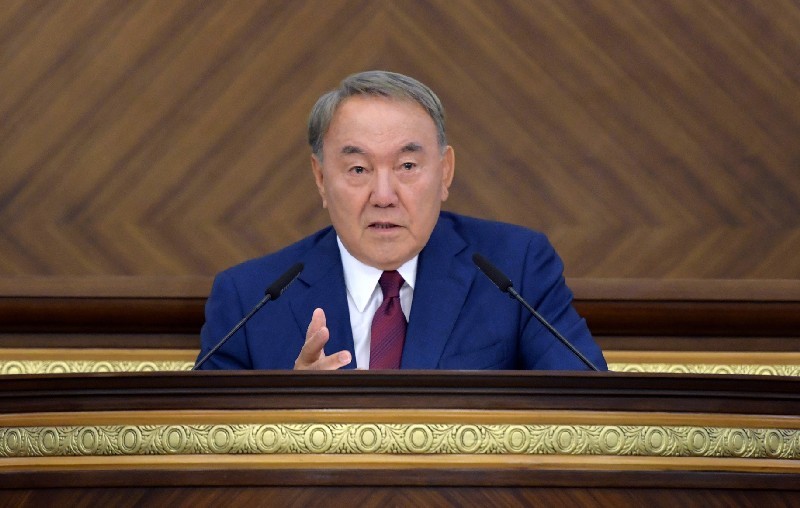 He also emphasised the high responsibility of the Parliament and the government to execute the tasks set before the governmental bodies.

“Today, Kazakhstan is implementing a number of strategically important tasks. The Parliament and the government must take all the necessary measures to ensure the implementation of the Plan of the Nation, the state-of-the-nation address and all the programmes adopted over the past years,” he said.

“This year, the draft of the new tax code will be submitted to the Parliament. We must significantly improve our tax policy and encourage business to work transparently. There is a need to improve legislation on special economic and industrial zones. We also need to legislatively provide the National Bank with more opportunities for effective control over banks,” he said.

“The Parliament and the whole country are to carry out big and responsible work. Large-scale tasks and solutions are, in fact, our response to the global challenges of 2017. Modernisation requires the mobilisation of all forces. Under the new conditions, the legislative and executive branches should collaborate constructively,” he said.

The session was attended by a renewed Senate. The upper chamber elections in June resulted in 16 new deputies, one from each region, the capital and Almaty.

Parliament currently has 27 bills under consideration. Some of the most important are the draft laws on taxation, insurance, housing, social security and regulating the agro-industrial complex. The members are expected to pay close attention to the new version of the law on currency regulation and currency control. The legislature will also consider the code on taxes, other mandatory budget payments and customs regulations, as well as the code on subsoil and subsoil use, before the end of the year.