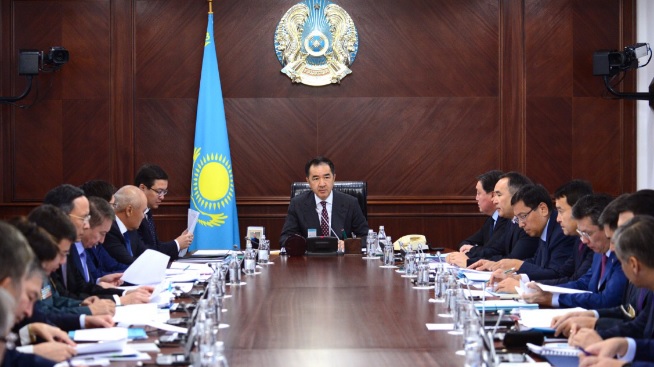 The government reviewed the progress of the programme that seeks to build an affordable digital infrastructure nationwide, including the most remote areas, and foster digitalising the economy, government and public services.

“The Digital Silk Way direction in the Digital Kazakhstan programme focuses on building an advanced digital infrastructure,” he said, adding it does not only entail affordable access to high speed internet, but also decreases the digital gap between urban and rural areas and introduces e-government services, interactive education and healthcare.

With 47 percent of the nation’s population living in rural areas, the issue is of paramount importance. At present, 122 cities and approximately 1,200 rural settlements have access to high speed internet, he added. The ministry plans to install 24,000-kilometre long fibre optic communication lines to allow more than 1,700 rural settlements to gain access.

The scope of the programme also includes more than 2,000 schools. Though 98 percent of schools in Kazakhstan have internet access, high speed broadband internet necessary for digitalising schools is not in place in 66 percent of all schools, according to Minister of Education Yerlan Sagadiyev.

The work is underway, said Abayev.

“We are currently compiling the list of rural settlements together with the Ministry of National Economy. In general, we plan to implement the programme in 2018-2020,” he added.

The project is unique in its emphasis on state and private partnership that subsequently reduces the national budget load, said Minister of National Economy Timur Suleimenov.

“We reviewed several options of preparing the project. One of them was institutional state and private partnership based on the build-operate-transfer (BOT) principle, but after discussing [the project] with industries, we decided to stick to a service contract model of long-term service procurement,” he said.

With the model in force, he added the investor granted the right to implement the project will commission the communication lines every quarter for three years, incorporating all rural settlements in the list. At the same time, the government will ensure services are procured for 14 years based on long-terms tariffs yet to be determined by the ministry.

“As we are dealing with such a rapidly developing and specific field as the i nternet, it is important not to make a mistake in terms of the financial side, but most importantly technological aspects,” said Suleimenov.

He noted the procedures currently take a long time, as the announcement of the competition and application period alone needed about two months.

“Therefore, we need to launch the programme as soon as possible,” he added.