ASTANA – A Kazakh delegation recently attended the Anti-Corruption Network for Eastern Europe and Central Asia (ACN) meeting in Paris. ACN, a regional programme established under the Organisation for Economic Co-operation and Development (OECD), provides a forum to promote anti-corruption activities and exchange best practices. Kazakhstan reported on the progress achieved as part of the fourth round of monitoring of the Istanbul Anti-Corruption Action Plan. 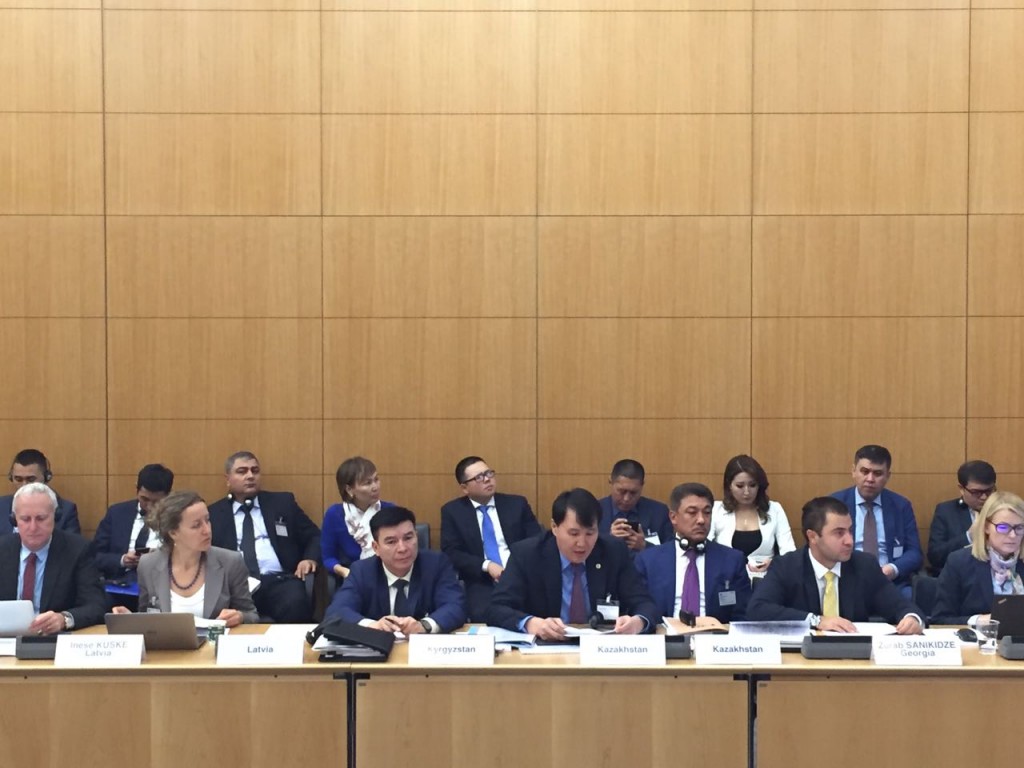 In an exclusive interview, Alik Shpekbayev, Deputy Chairman of Kazakhstan’s Agency for Civil Service and Anti-Corruption, provided an overview of the issues presented.

Could you please provide background on the anti-corruption cooperation between OECD and Kazakhstan?

Kazakhstan presented its own model of building a corruption-free state developed during the past 25 years of independence based on the best international practices and national peculiarities. OECD experts have been helping us greatly in doing this through the Anticorruption Network as well as in the framework of the country’s programme. Speaking of the country’s programme, since 2015, 20 activities were carried out, 13 of them being comprehensive overviews. We are working actively on the implementation of the Integrity Scan recommendations. Today, we are involved in 32 OECD working bodies in different capacities – as an invitee, a participant, a partner and an associate member.

What about the model you presented?

Our commitment and uncompromising stance in combating corruption is inspired by the political will and initiatives of the President. We are building a modern state model similar to that of the countries leading in preventing corruption. Large scale economic, social and political reforms have been carried out.

We have started what is known as the Third Modernisation of Kazakhstan. The first prerequisite of modernisation is the establishment of an open and accountable government. In this regard, we have adopted the Law on Access to Information and created an Open Government electronic platform consisting of five open data portals. Thanks to them, every citizen can see the budgetary expenses, participate in discussing law drafts, get online consultations and file online complaints, as well as assess the effectiveness of government authorities, without leaving his or her home. Currently, the government is working on enhancing and optimising the functioning of the mentioned portals on the basis of feedback from the people.

As a result of the measures taken, Kazakhstan occupies a leading position in the electronic government development index among Southeast Asian countries. Our country is also 33rd among 174 countries according to the UN index.

Since the adoption of the Law on Public Councils, heads of government authorities have to publicly report to the citizens. More than 200 public councils are functioning on a regular basis. Every government authority has to submit the drafts of the legislation it is preparing for the review of the public council and has to consider the suggestions.

You spoke about the modernisation in light of the reform of the state apparatus. Could you please tell us more about this?

The next stage of the modernisation of our country is redistribution of powers. As a result, 35 functions of the President have been transferred, thus strengthening the role of the Parliament and the autonomy of the government. For instance, starting next year we are introducing the fourth level of the budget. Local budgets will be adopted only after they are discussed with the public. Thus, the budget will be planned taking into account the needs and interests of the citizens of every region.

The success of the reforms depends on the effective work of the government. It is commonly known that during the epoch of the Soviet planned economy, the state controlled everything. During the independence years, we have reduced the control functions by half. This work continues. Currently, in the framework of Kazakhstan’s modernisation, we are conducting a comprehensive overview of controlling and supervisory functions of government authorities. There are plans to reduce more than 40 percent of supervisory functions and part of the state functions will be transferred to a competitive environment.

Kazakhstan has switched to a career model in civil service. What are its principles?

Today, civil service has switched to a career model that maximises the principle of meritocracy. Now, entering civil service begins with entry-level positions and promotion along the career ladder is possible with the appropriate skills, knowledge and experience in lower-level positions. When entering civil service, there is a need to pass a three-stage selection system, including testing for knowledge of legislation, an assessment of competencies and an interview. Also, in order to increase the transparency of the state apparatus, we anticipate that foreign managers will be hired to work in state bodies.

A special place in the protection of meritocracy is taken by the new Code of Ethics. It regulates the standards of conduct of civil servants during official and off-duty hours. To comply with the norms of service ethics and prevention of violations of legislation, an independent post of ethics commissioner was introduced at government institutions.

Kazakhstan is progressing along the path to form a law-based state. What milestones have been achieved?

A key aspect of the reforms was the development of modern justice:

– transition from a five-level justice system to a three-level system has been implemented;

– the independence of the procedure for the selection and appointment of judges by the Supreme Judicial Council is ensured, as well as their inviolability;

– a new code of ethics for judges was adopted; and

In December 2015, the President signed the Law on the Establishment of the Astana International Financial Centre. Within this, an independent financial court will operate based on the principles of English common law. This will allow for effective resolution of investment disputes.

The results of international ratings prove the effectiveness of ongoing judicial reforms. According to the Global Competitiveness Index, Kazakhstan has improved its Judicial Independence indicator by 43 positions over the past five years, moving from 111th to 68th place. Kazakhstan also moved up 27 positions in the ensuring the fulfilment of contracts indicator of the World Bank’s 2016 Doing Business rating. 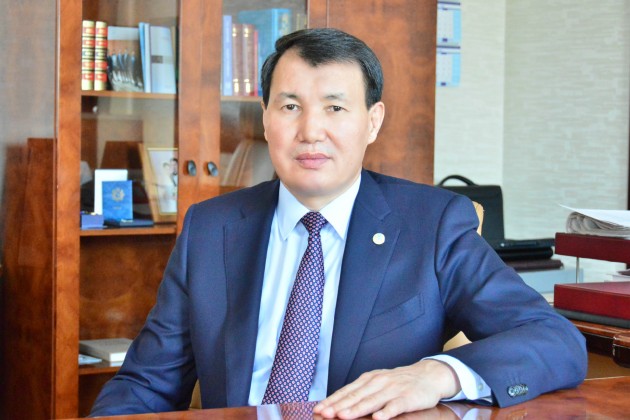 What about law enforcement?

The law enforcement system and the prosecutorial authorities are also undergoing crucial changes. Notably, we got rid of punitive-repressive methods and accusatory bias in criminal proceedings. The fundamental change in the sphere of prosecutor’s supervision is the exclusion of the leftover of the Soviet past, the so-called “general supervision” from the functions of the prosecutor’s office.

The new look of the prosecutor’s office is in line with the best practices of OECD and gives priority to protection and the restoration of human rights and freedoms, as well as the legality of the criminal process.

Functions of the police are decentralised by creating a local police services which are accountable to local executive authorities. Online maps have been created, with the help of which it is possible to see all statistics on crimes in each region, as well as all appeals addressed to state authorities. In the same place, everyone can leave a comment or question.

The effectiveness of reforms in law enforcement is confirmed by a three-fold increase in our country’s indicators in the indicators of organised crime and reliability of law enforcement agencies of the Global Competitiveness Index of the World Economic Forum (WEF).

Moreover, Kazakhstan has consistently pursued a policy of liberalisation and humanisation of criminal penalties. Today, the emphasis in the penal system is shifted to probation. As a result, the share of non-custodial sentences amounted to 73 percent (22,627). The number of institutions of the penitentiary system is decreasing. This in total allowed reducing the prison population by three times. While in 1996 we occupied third place in the world in terms of the prison population (94,000 inmates), conceding only to Russia and the United States, today we are already at 68th (35,000 inmates).

Based on the implemented reforms, what are the significant steps Kazakhstan is undertaking to reduce corruption?

Following the implementation of a new anti-corruption policy based on the Kazakhstan 2050 Strategy, the Plan of the Nation “100 Concrete Steps” and the Anti-Corruption Strategy, our country has taken significant steps to reduce corruption. This work is based on a rational combination of anti-corruption education and prevention measures, with penal sanctions being the last resort. Preventive measures such as creating an anti-corruption culture, analysis of corruption risks, anti-corruption monitoring and standards have been set out in the legislation. These comprehensive and complex measures resulted in:

– increased quality of public services (due to the introduction of standards and regulations for their provision); and

– increased legal awareness and anti-corruption culture of the population.

We pay great attention to anti-corruption education and awareness-building. Honest Generation (Adal Urpak) voluntary clubs were created in almost every school (more than 90 percent). With the support of the OSCE, the Foundations of Anticorruption Culture textbook has been developed and is used now in all universities of the country for teaching the corresponding subject.

Mobile anti-corruption groups on specially-branded buses have begun their work. All of them are united by a single goal – to reach every citizen and to develop a stable immunity from and a general rejection of corruption. As a result, there is an increase in the population’s activity in fighting against corruption. In order to encourage those who are willing to inform, material incentives are being widely used – 167 people were given awards totalling to 21.5 million tenge (US$62,679) in 2016, which is 14 times more than in 2015.

The state does not intend to loosen institutes of criminal prosecution of corruption crimes. Officials convicted of corruption, regardless of their positions and ranks, are prosecuted with all the severity of the law. According to official data, more than 10,000 people have been convicted of corruption crimes since 2001. Among them there are two former prime ministers, seven ministers and chairpersons of agencies, seven akims (governors) of regions and their deputies, eight heads of national companies and eight generals of the national security, defence and law enforcement agencies.

Shifting the emphasis from punitive to preventive measures received a positive evaluation from international rating agencies. According to the results of the Global Corruption Barometer study by Transparency International, over the past three years the proportion of citizens in Kazakhstan observing progress in countering corruption has doubled. The number of people giving bribes decreased by one third. Similar results are demonstrated by the Global Competitiveness Index according to the Informal Payments and Bribes criterium, which has improved by 38 positions over the last five years (2011 – 99th, 2016 – 61st).

In general, all anti-corruption work is based on close cooperation with OECD in the framework of the Istanbul Action Plan. It laid the groundwork for adoption of the Anti-Corruption Strategy, introduction of external monitoring and evaluation of its implementation and adoption of more than 60 laws aimed at minimising corruption. Currently, government authorities have resumed the work on introducing criminal liability of legal entities and criminalisation of promising and offering bribes, as well as a number of other recommendations.

These international standards received the conceptual support of the intergovernmental working group on improvement of criminal law and we are now developing mechanisms for their implementation. OECD recommendations direct us to further improve our national anti-corruption legislation. We have done a lot, but there is still work to do.