By Aigerim Bulambayeva in Nation on 25 September 2017 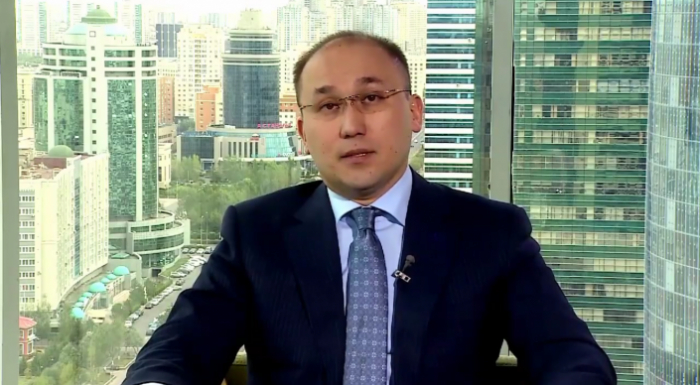 “In this video, I explained some norms of the bill in the field of information and communications brought for Parliament’s consideration this summer,” he said.

“It is not a secret that the media literally hunts for news about famous people, singers, actors, athletes, etc. Often, this type of news is based on rumours and conjectures. It can concern their families, personal relations and even health. This information, which is not always true, might negatively affect an individual’s reputation. Even in the case of disinformation, achieving a refutation is an extremely difficult task. The last resort is going to court. However, it implies a month of nervous anticipation. Moreover, not everyone is ready to defend their rights in court; this is especially true for ordinary citizens, who can become victims of rumours as well,” he added.

As an example, Abayev cited the news about the 14-year-old couple from Mangystau region who allegedly married recently. The bride and groom were actually adults. He noted the media not only published unverified news, but also posted a photo of the couple, which resulted in a wave of criticism and insults addressed towards them.

“The media significantly complicated the life of a young couple by following the rumours. From now on, the media is obliged to provide evidence for the written material upon a citizen’s request. In the case of the absence of any evidence, they must publish a refutation. This amendment indirectly imposes the requirement to double-check the material published in the media,” he noted.

Furthermore, the media will be restricted in using pictures and personal data of a child affected by an illegal act. In the case of a sexual offense committed against an underage individual, Abayev noted he or she will need a long physical and psychological recovery.

“If the media exposes an underage person’s name, family name and age, then even in the case of reallocation to another city, the child will be the subject of enormous attention and there will not be any psychological recovery whatsoever. That is why this restriction is to be introduced,” he said.

Regarding child protection, the amendment will restrict access to pornographic and other sites that negatively affect students’ psyche.

The law establishes a 50-percent minimum share of broadcasting in Kazakh, which will now also extend to advertising. To develop domestic television, an amendment was included about exclusively broadcasting Kazakhstan’s TV and radio channels for public display in state institutions. Abayev did not exclude the possibility this rule will eventually also apply to airports and railway stations.

To ease information access for those with disabilities, primetime newscasts on all channels will now have to be aired using sign language translation and subtitles at least once a day.

The status of state bodies’ structural subdivisions that work with mass media (meaning press services and press secretaries) is also being raised. The state agency must provide contact information for its representatives on its website. Representatives must report directly to the primary supervisor and the posts are not subject to liquidation, except for the case of the state body’s liquidation itself. Abayev noted all these amendments are expected to positively affect state bodies’ interaction with the media.

When the media publishes inaccurate information and others reprint it referencing the source, the responsibility lies with the primary source, the minister said. He noted the media does not require permission to publish citizens’ photos if they are taken during mass cultural and sports events, meetings, rallies, processions, demonstrations and other large gatherings.

“I will soon post a new video where the ministry’s most disputed norms that caused resonance in the Kazakh media community will be explained,” said Abayev.