ASTANA – A team of Kazakh girls won the grand prize at the 2017 Technovation World Pitch Summit organised by Google Aug. 10. Girls aged 10-18 from more than 30 countries around the globe competed in 102 teams over the five-day event in Silicon Valley. Only six, including two teams from Kazakhstan, made it to the final. 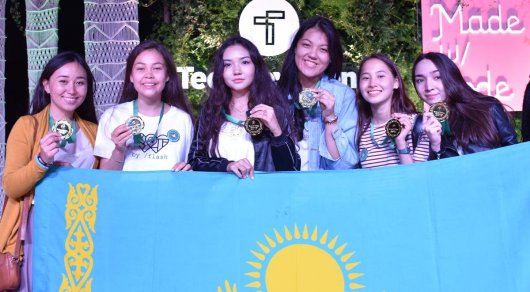 They presented an app called Qamcare, a tracking app addressing the question of safety, a problem relevant to many communities around the world.

“Qamcare comes from the Kazakh word ‘qamqor,’ which means ‘care’ in Kazakh. We developed the app to protect our loved ones,” the girls told The Astana Times.

The young developers started working on the app in December. “We created the app for Technovation Challenge and the main goal was to address a problem in our society. We made an analysis and researched problems such as poverty, suicide, gender inequality, but we decided to stick to the safety theme,” the girls explained. 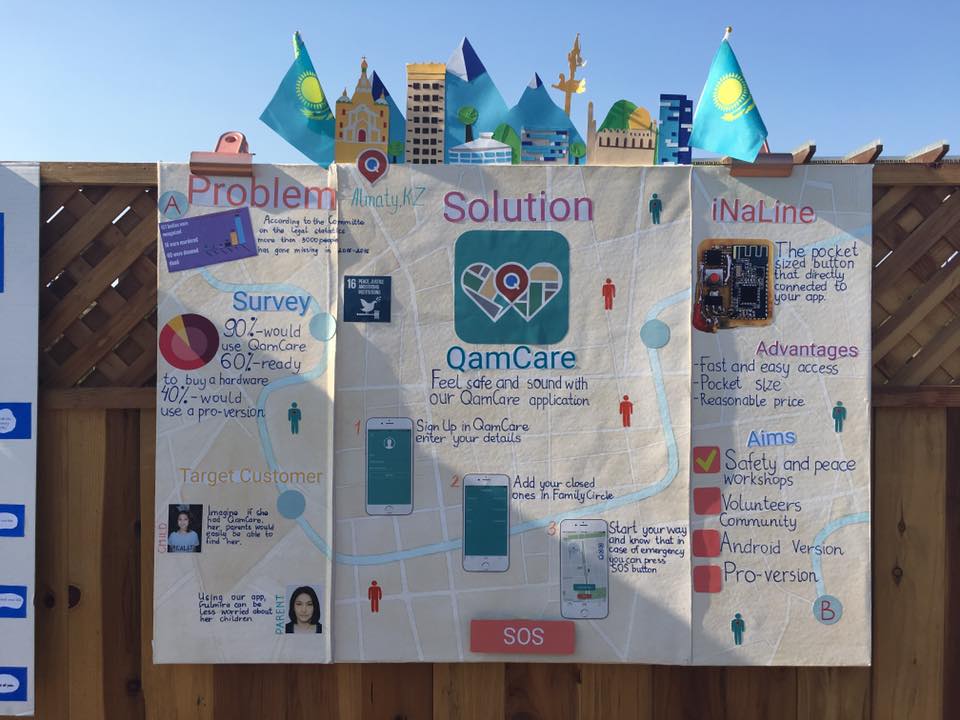 Their app requires a registration, after which users add contacts to a list called their Family Circle. An SOS feature is intended to help users walk safely, knowing that with a push of a single button, their close contacts will be immediately notified of their location and that they are in distress.

However, not everyone has a smartphone. The girls tried to address this problem as well.

“We conducted a survey, made a SWOT [strengths, weaknesses, opportunities and threats] analysis … We made a Canvas business model and assessed to what extent this problem pertains to our region. At the same time, we were working on the app design and code. When surveying people, they asked us ‘What if a person does not have a phone?” the girls said.

This question encouraged the girls to improve the app and its capabilities by adding a button called iNaLine, a special tool that connects to a phone through Bluetooth and allows people to send messages without a phone.

“If you feel insecure … you can press the button and within 10 seconds the app will send a notification with your location to your Family Circle contacts,” the girls explained.

Everyone should be able to feel safe, the girls asserted, highlighting the uniqueness of the app in Kazakhstan. “We conducted a market analysis. There are similar apps, but they are either not offered fully or require an Americal number or card payment. And we wanted safety to be accessible to everyone. Therefore, our app is free of charge,” they said.

The girls say they can see for themselves that women are underrepresented in the tech industry, but they believe women will continue to gain ground.

“There are a lot of men in tech, which can be seen from the competitions we take part in. We got third place in one contest, and we were behind two male teams. We believe that the proportion of men and women [in tech] is going to equal soon,” they noted.

In the meantime, Aruzhan, Azhara, Diyara and Diana are looking to the future with ambitious plans. Azhara and Diana graduated from high school this year and are now busy preparing for university.

Diyara has two years left at the Nazarbayev Intellectual School, but she already knows she wants to study chemistry, while Aruzhan is interested in math and physics.