By Staff Report in International on 16 September 2017

ASTANA – Russian Minister of Communications and Mass Media Nikolai Nikiforov, who has proposed strengthening Kazakhstan’s and Russia’s joint digitalisation work, spoke about the initiative during the Set. 13 meeting on the topic here. The session was attended by government representatives, who also served as presenters, and President Nursultan Nazarbayev 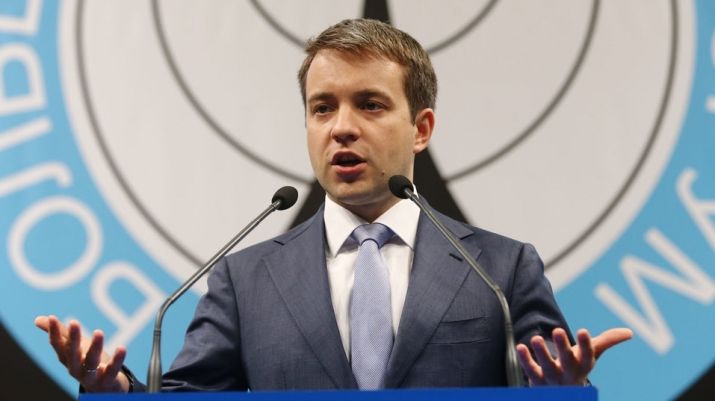 “We need to work together to develop the key technologies that digitise our economies, which can be technologies for working with large distributed registry data, often called block chain, artificial intelligence, augmented reality, robotics and sensors. It is important to join forces to make these technologies together,” he added.

He noted the need of creating unique technologies to digitalise the nations’ economies rather than copying foreign developments.

“At the beginning of this road the most important thing is political will, which we saw today in Kazakhstan. The President, the Prime Minister and the relevant ministries, practically the whole system of executive power was present at the meeting, which means that there is a solution which is already being implemented,” said Nikiforov.

He noted the importance of creating an infrastructure, which may be one of the main difficulties faced in the digitalisation process.

“We have many settlements where few people live, which requires serious infrastructure costs to ensure a normal modern communication. Of course, a lot will have to be invested for human capital; there is a need to change the school and university education system, as we must admit that education does not end after getting a diploma at a university. You will have to study throughout your whole career path. Indeed, digitalisation is an economy based on data and knowledge. This is an economy about people. A lot is needed to invest in human capital,” said Nikiforov.

Nazarbayev has asked for revisions to the Digital Kazakhstan programme by the end of this year.