Existing school schedule to remain, but schools given option to shift to five-day weeks

ASTANA – Despite lengthy, ongoing talks on introducing a five-day academic week, the Kazakh Ministry of Education and Science has decided to stick with the existing schedule for the time being, Tengrinews.kz reports. School began as usual in September and will end May 25. 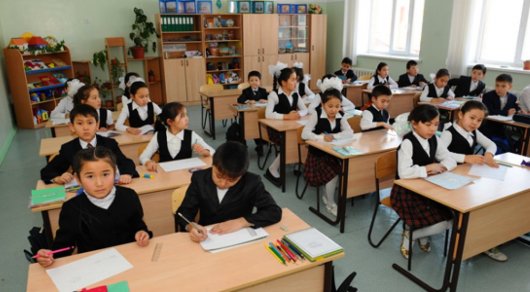 In June, the ministry issued a decree “On the definition of the beginning, duration and vacation periods of the 2017-2018 academic year in organisations of secondary education.” According to the document, the duration of the school year is 32 weeks for preschool classes, 33 weeks for first grade and 34 weeks for other grades, as it was before. There have been no changes to vacation periods.

However, new regulations will allow schools to introduce a five-day week themselves, the statement reveals. In all educational organisations, training loads may be divided over five days. It will be more difficult to introduce the schedule in gymnasiums and lyceums, since the load there is much higher, and it is clear that schools with three shifts cannot shift to a five-day week.

At the moment, the maximum load varies from 24 hours to 39 hours in general education schools. The daily training load – how many lessons there should be in a day, and on how many days – is determined independently by each school, while agreeing on a schedule of lessons with a board of trustees or a parent committee, based on the conditions and capacities of the school. From year to year, the authority and responsibility of the trustees’ councils – and, therefore, the public – is increasing.

The ministry says it is working to reduce the study load on children.

The duration of lessons will be 40 minutes, including in Nazarbayev Intellectual Schools. The curricula and the number of hours devoted to the study of each academic subject were not changed.