By Aigerim Seisembayeva in International on 12 September 2017 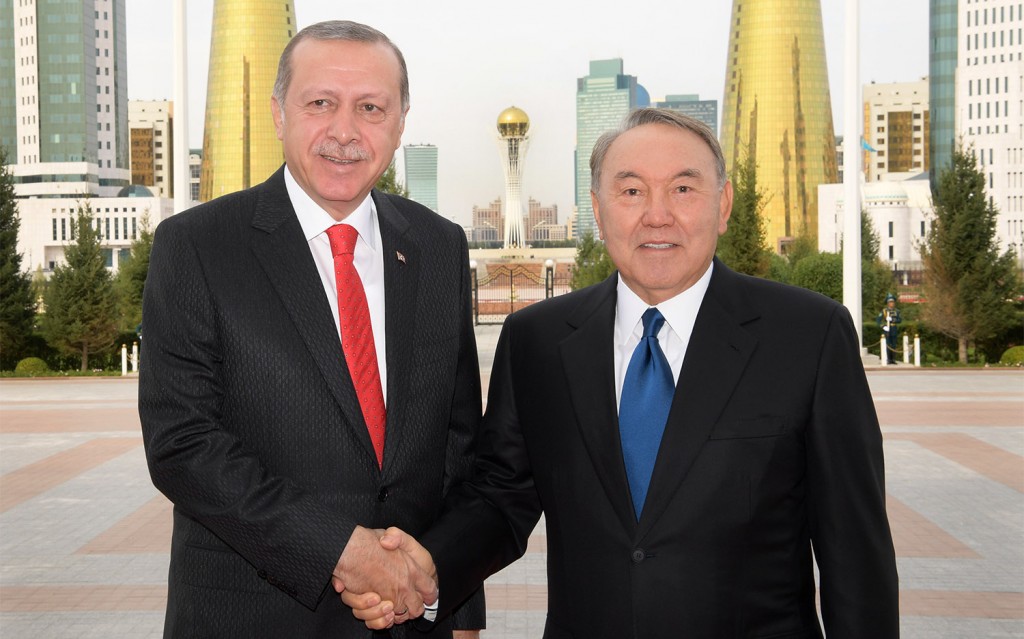 “Many projects have been implemented, some of them are at the stage of completion. Regional issues rise both in Kazakhstan and in Turkey, and today’s meeting is a good opportunity to discuss them,” said Nazarbayev. The Kazakh President added that close Turkish-Kazakh relations have developed over the last 25 years.

Erdogan said he believes there is potential to increase economic cooperation.

“The trade turnover between Turkey and Kazakhstan has reached $2 billion, and I think it is not the limit. According to our agreements, the goal is to increase the turnover to $5 billion. I believe that the two countries’ potential will allow them reach that level,” said Erdogan, adding he would also like to see increased political, cultural and military-industrial cooperation.

The heads of state also discussed the Sept. 14-15 sixth round of Astana Process meetings on Syria in Astana.

Erdogan thanked Nazarbayev for his regional peacekeeping efforts and said he hopes the Astana Process meetings contribute to the upcoming Geneva talks. 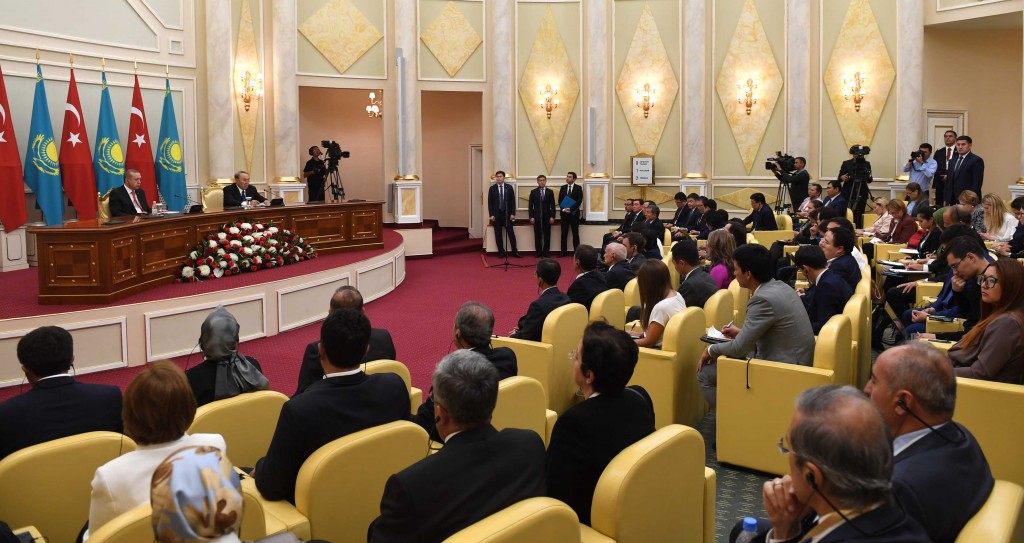 At a press briefing following the bilateral meeting, the presidents noted their countries’ economic and political similarities and cooperation efforts.

“We all know that Turkey is a transit state with developed infrastructure. Bearing this in mind, we proposed to develop Kazakhstan’s transport and transit potential jointly with the Turkish side,” said the Kazakh President.

“I am convinced that our cooperation will keep strengthening. I would like to once again congratulate Kazakhstan on the successful organisation of major international events. Your country occupies one of the leading positions in the Central Asian region. We are pleased to witness your country’s successes,” said Erdogan, adding Turkey will support the implementation of the Nurly Zhol (Bright Path) programme.

Erdogan also participated in the Sept. 10-11 first Summit of the Organisation of Islamic Cooperation (OIC) on science and technology.