By Alan Baumgarten, United Nations Correspondent in International on 25 September 2017

NEW YORK – In his first appearance before the United Nations General Assembly as Kazakhstan’s Foreign Minister, Kairat Abdrakhmanov outlined his country’s view of the world and its many, varied problems and crises. Speaking in the Assembly’s grand hall at the UN’s New York headquarters on Sept. 21, he also described in particular the efforts of President Nursultan Nazarbayev and the Kazakh government to use their “good offices” to achieve some breakthrough in the six-year-long bitter, violent conflict in Syria. 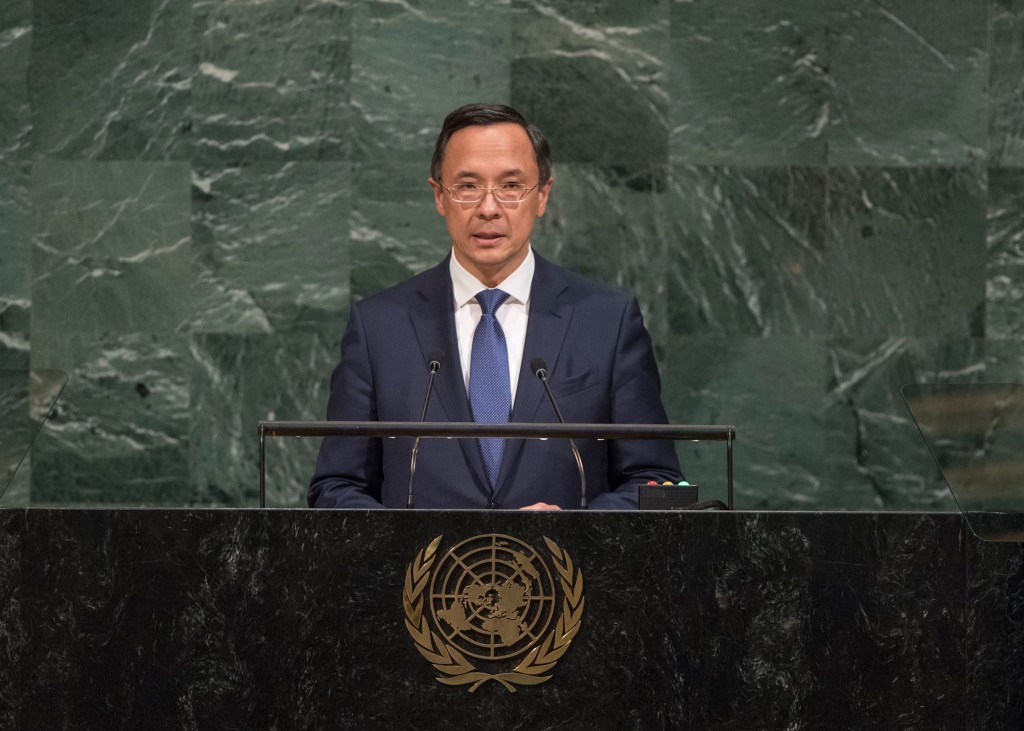 In his wide-ranging address, delivered as part of the Assembly’s General Debate, Abdrakhmanov noted that Kazakhstan had achieved harmony within its “multi-ethnic and multi-religious society”. Speaking of the further domestic priorities of his government, the foreign minister said Kazakhstan was pursuing a three-pronged modernisation of economy, political system and national identity with an ultimate goal of reaching the top 30 most developed nations by 2050.

As the venue for the former Soviet nuclear test site, the foreign minister asserted that “nuclear weapons are no longer an asset, but a danger”. He noted that Aug. 29, the UN-recognised International Day against Nuclear Tests, actually commemorates the day in 1991 when the former test site at Semipalatinsk was finally closed, by decree of President Nazarbayev. Kazakhstan, according to recent initiatives from its leader, favours a four-part plan of action on nuclear disarmament: 1) A summit of all states possessing nuclear weapons to discuss further steps they should take to reduce their arsenals, 2) Enhancing the role of nuclear weapon-free zones, 3) Renewing the process of global nuclear security summits and holding the next one in Astana, and finally 4) Pursuing joint efforts to make the Nuclear Weapons Prohibition Treaty effective by 2020, the 50th anniversary of the entry into force of the Nuclear Non-Proliferation Treaty.

In addition to the nuclear weapons issue – on which Kazakhstan is in the vanguard of advocating states – Abdrakhmanov reminded his audience of President Nazarbayev’s Policy Address to the Security Council earlier this year, which outlined, as a key goal, the achievement of a nuclear weapon-free world by 2045. 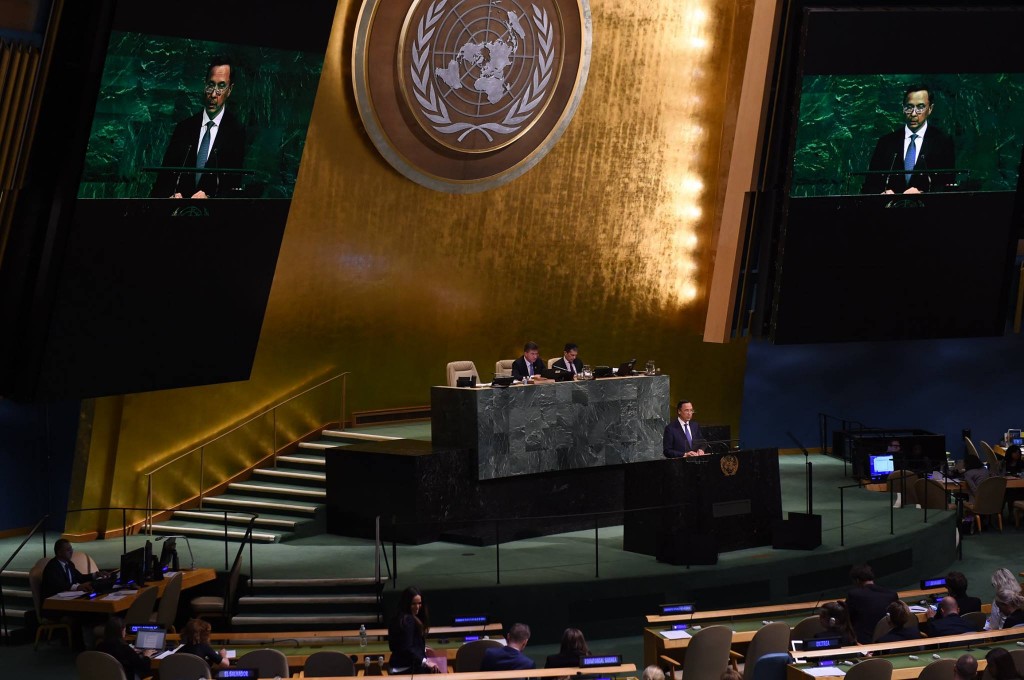 As it happened, the same day the UN Security Council held a special session dedicated to nuclear non-proliferation which was marked by a strong praise for Kazakhstan’s contribution to global nuclear disarmament and security from none other than U.S. Secretary of State Rex Tillerson.

“This courageous decision by the leaders of Kazakhstan greatly reduced the prospect of nuclear weapons, components of nuclear weapons or nuclear materials and dual use technologies from falling into wrong hands,” Tillerson said referring to President Nazarbayev’s decision in the early 1990s for Kazakhstan to relinquish one of the world’s largest nuclear arsenals it inherited when the Soviet Union collapsed.

“Kazakhstan’s actions represented a key step in that country becoming a part of the community of nations,” Tillerson stressed. “As a result of letting go of nuclear weapons, the world does not look on Kazakhstan as on a potential nuclear aggressor or rogue state. It did not make enemies of its nuclear neighbours, Russia or China. Today Kazakhstan has overwhelmingly been at peace with its neighbours and its trade relations are robust. This year it hosted World EXPO 2017, an event in Astana which showcased the sources of future energy and investment opportunities in Kazakhstan to attendees from around the world. This is a modern nation making a substantial contribution to regional and international peace and prosperity. Kazakhstan has only benefited from its early decision.”

And he continued, “In my previous career I met President Nazarbayev on many occasions and had the opportunity to ask him about this decision. He is more at peace with this choice than ever, he once remarked to me, ‘It was the best thing I ever did for our young country.’”

In his own remarks at the General Assembly, Abdrakhmanov, too, could not resist mentioning the recently-concluded EXPO 2017, noting that its slogan was the ever-timely “Future Energy” and that it had attracted more than 130 countries and international organisations who sought to present the best technologies in this critical area.

The foreign minister made only brief mention of the Middle East, noting that Kazakhstan favours a two-state solution between Israel and the Palestinians. And he devoted significant attention to what has come to be known as the “Astana Process”. This refers to Kazakhstan having now hosted six rounds of talks in its capital between three so-called guarantor states – Russia, Turkey and Iran, – along with the Syrian government and armed opposition in order to end the violence on the ground in Syria. The Astana Process is viewed as complementing the one in Geneva where political solutions to the Syrian conflict are to be found.

The recent positive developments in Central Asia occupied their own place in the Kazakh diplomat’s remarks as he expressed “satisfaction that extended regional partnership among Central Asian states enhances common capability to withstand threats and challenges.”

According to Abdrakhmanov, “with this in mind, during our UN Security Council membership [in 2017-2018] we are focusing on creating in our region of Central Asia a model for a regional zone of peace, security, development and cooperation.” He noted that Kazakhstan pays particular attention to regional cooperation in overcoming the Aral Sea catastrophe. “The International Fund for Saving the Aral Sea remains the only permanent platform for dialogue among heads of Central Asian states. We believe that it could be used to combine our efforts to elaborate a mid- and long-term strategies of regional development,” he said.

Abdrakhmanov’s address might well be entitled “From Kazakhstan…our view of the world, and our growing part in it”. It portrayed a rich, growing and rapidly-modernising country… ready, willing and able to assert its role, which it sees as one of increasing engagement and leadership. To say that it is one of the truly “up and coming countries” is already something of an understatement. It seems increasingly clear, however, that this will only be more obvious, with the passage of time.