By Anuar Abdrakhmanov in Sports on 19 September 2017 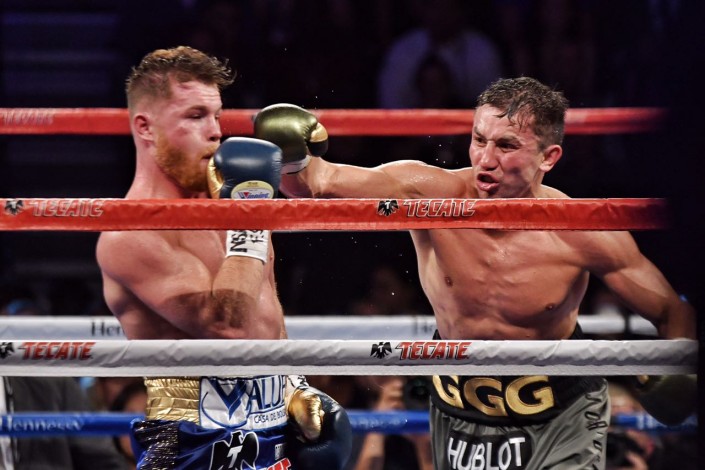 The draw is considered controversial by many pundits and fans who have stated publicly that they believe 35-year-old Golovkin won the fight and that the draw resulted from a flawed scoring by one of the ringside judges. 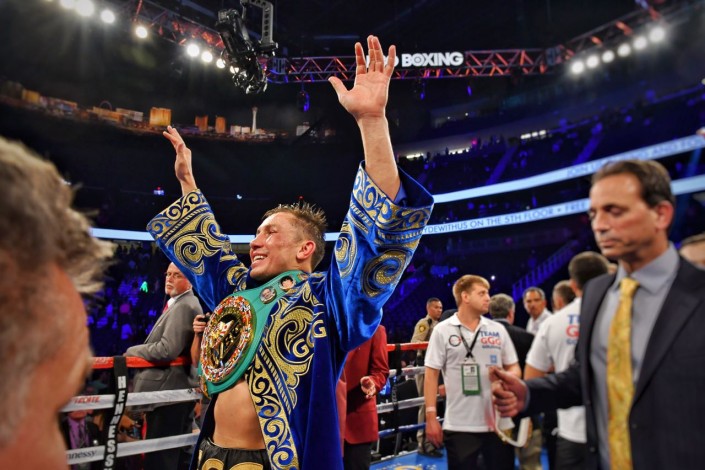 The fight was one of the most anticipated of the year and GGG’s WBC, WBA, IBF and IBO championship belts were at stake.

Even before the fight, experts called Alvarez the toughest opponent in Golovkin’s career. As the bout showed, the Mexican boxer put up a fight Golovkin had never seen before.

As it was expected, the boxers started the fight with probing. By the middle, Golovkin started to reduce the distance. However, the Mexican showed excellent defence skills and made some very dangerous counterattacks.

In general, Golovkin had good tactics and tried to dominate the ending of each round. Alvarez showed decent boxing too but kept a lower profile and did not look like a favourite to win. After 12 rounds, the judges declared a draw – 110-118 (for Alvarez), 114-114, and 115-113 (for Golovkin).

After the fight, Golovkin voiced his bitter disagreement with the decision and told the media he was ready to consider a rematch.

“First of all, I want to thank all my fans, all the Kazakhs who came to America to support me and all those who watched the fight on TV in Kazakhstan. But… I wanted a “big drama show” tonight, I pressed him in every round, and I controlled the ground. I believe I won. Maybe he took three, maximum four, rounds. I think all the fans understand who is the real champion… The judging tonight was terrible. [118-110?] For what? I saw the computer, all total punches, I saw people’s reaction. This is not correct. This is terrible for sport, for boxing,” said Golovkin.

“Both fighters can hold their heads high tonight but this fight wasn’t close to a draw! I have GGG as clear winner. These scorecards were ridiculous!” Lewis wrote on Twitter.

The pundits, however, quickly began discussing a potential rematch between the boxers to get an answer to the question left unanswered by judges in Las Vegas.

“Of course, I want a rematch. I am ready, I want to fight,” Golovkin’s response was to such questions posed to him immediately after the match on the ring.

“I think Gennady won the bout. However, I would note that he did not have the mood for a hard blow. Canelo showed that he does not want to intensify it, tried to tire out our boxer. Now the Mexican team can get the best of the situation with the rematch. I think it will definitely take place,” said Vice President of the Kazakhstan Federation of Professional Boxing Viktor Demyanenko.