By Aigerim Bulambayeva in Nation on 29 September 2017

ASTANA – The draft of the Latin-based Kazakh alphabet presented in September resulted in heated discussions and a number of questions among Kazakh people. Uli Schamiloglu, a professor and chair of the Department of Kazakh Language at Nazarbayev University, addressed some of those questions and discussed the process of switching the alphabet as part of modernising Kazakh identity. 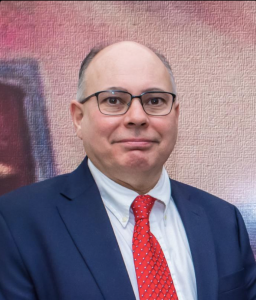 One might argue the alphabet is just a tool that conveys language, whereas the language itself is an essential part of the nation’s concept. Schamiloglu, however, does not agree an alphabet is merely technical. Keeping an alphabet in use is a statement, as is the decision to change it.

“I think you have to differentiate between two things: one is if you stay with your historical tradition and the other is if you decide to change. The Arabic world uses an alphabet that goes back approximately 1,500 years. China is using an alphabet that has developed over thousands of years. If you decide to stay with an alphabet, that is a statement saying there is a 1,000-year tradition or an 800-year tradition you are staying with. It is the way Russia sees Cyrillic as a part of their national heritage,” he said.

Turkey’s abandoning Ottoman script for the Latin one is an example of making a statement by changing the alphabet.

“Ataturk decided Turkey needs to separate itself from the Kalifate, the Middle East, the Arab world and embrace Europe, embrace a secular vision of Turkey which will be closer to Europe, European laws, languages, etc. That was a political statement,” he noted.

Schamiloglu considers those who made the decision to change the alphabet were the revolutionaries of their time.

“It is difficult to change and it is easy to remain,” he added.

Schamiloglu described Modernisation 3.0, the larger project that incorporates alphabet change, as “a healthy development” that allows the country to have new buildings and modern establishments, but also enables a country to preserve its soul.

One of the serious arguments for changing the alphabet is pronouncing Kazakh words according to Russian rules, which the new alphabet has the potential to eliminate. Schamiloglu suggests if people were taught Kazakh with a distinct alphabet, it probably would be easier for them to separate the two, although the results would not be visible immediately.

Schamiloglu also addressed undermining bilingualism, a common concern among people who have a negative attitude towards the alphabet switch. Today, the vast majority of Kazakhs living in Kazakhstan are bilingual, with a good command of both oral and written Russian and Kazakh. The fear Kazakhs will not be as fluent in Russian as they currently are is widespread, although he thinks this is unsubstantiated.

“The space of use of Russian language is declining, but that is more about the North Caucusus region. I cannot imagine Kazakhs abandoning Russian. I am not concerned that Kazakh society will forget the Russian language, not in the near future,” he said.

Schamiloglu suggested adopting the Latin alphabet in popularising Kazakh, both in the nation and abroad, would lower the cost of learning the language.

“For me personally, hieroglyphs were barriers in learning Chinese. Similarly, for most people, the Cyrillic alphabet could be a barrier in learning Kazakh. For scholars of languages, it would not be a problem, but for ordinary people it might be. In the U.S., we had many students studying Turkish because of the Latin alphabet,” he said.

He also expressed his concerns regarding the technical part of the alphabet, which are common among citizens. In the age of technology, convenience in terms of keyboards should not be an argument against diacritical signs and in favour of diagraphs.

“Some of the digraphs are more common in world languages and easily recognised like ‘ch’ or ‘sh,’ but diagraphs indicating vowels are not. One thing I would say is that if a country wants others to understand its language and alphabet better, it should choose the ways of writing sounds that would be recognisable to them. In the past, the language was tied to the keyboard, but now there are so many variations of keyboards,” he added.

Schamiloglu also spoke to the need to draft a new Latin-based alphabet and not to return to previous ones, like yangalif. It is a bit archaic, using several uncommon sounds, and has an associated fear of pan-Turkism and pan-Islamism.

He addressed the hypothetical question of whether a referendum on alphabet change could have eliminated the negativity surrounding this topic, as historically alphabets were always imposed.

“The reason Kazakhstan is the way it is today is because you had a visionary leader who saw how his country can develop – be it [in relation to] nuclear non-proliferation, be it in terms of aspiration to be seen as a multinational and multi-confessional state, establishing a new capital, a new university like Nazarbayev University or thinking about various ways of modernisation,” he added.

One should not see an alphabet change as the only thing happening in Kazakhstan.

“It is easier to criticise this change, but this is consistently a part of the policy for improving Kazakhstan’s standing. It is a part of a larger package, which gives people a new capital, expo, peace talks in Astana, as well as other things,” said Schamiloglu.