By Aigerim Seisembayeva in Business on 1 August 2017

ASTANA – Kazakh rail cargo transportation grew 13 percent in the first half of 2017 compared to the same period of 2016, reaching 128 million tonnes, announced the Kazakhstan Temir Zholy (KTZ) national railway company during a July 27 meeting to summarise the results of the first half of 2017 and outline priorities for the second half. 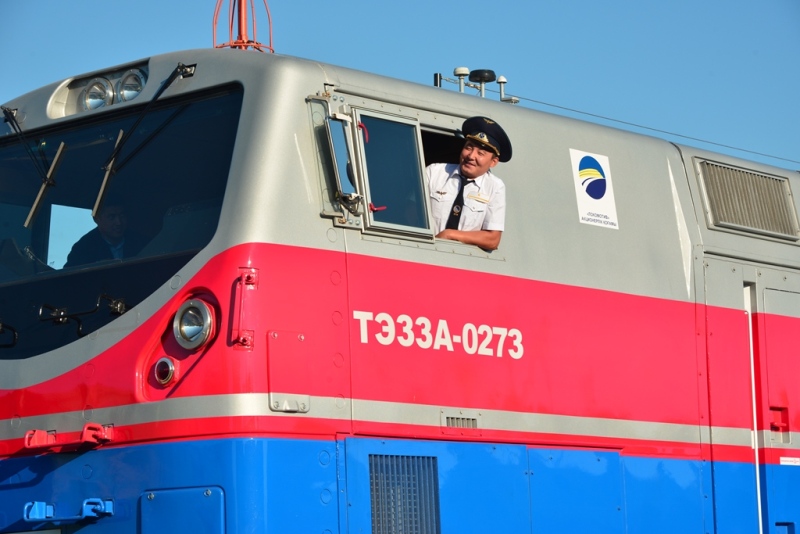 The growth is due primarily to such popular cargo as coal, coloured ore, scrap of ferrous metals and chemicals. Export traffic volume increased 12 percent, whereas imports grew 23 percent.

The main outcomes of the first half of the year are that the cost price and general expenses of the company decreased 3.2 and 8.7 percent respectively. Net income amounted to more than 3 billion tenge (US$9.2 million) and the financial results were better than projected.

One of the key activities of the company is to develop transit traffic. Over the six months of this year, container shipments grew 49 percent compared to the same period last year. China-to-Europe transit cargo transportation through the territory of Kazakhstan increased twofold from 36,000 twenty-foot equivalent units (TEUs) to 73,100 TEUs. The company also hopes to improve the quality of services on the trans-Kazakhstan routes by enlarging the container fleet, increasing cargo flows through the port of Lianyungang and the Dry Port of the Khorgos-Eastern Gate special economic zone and creating a transport and logistics centres network.

The company also plans to introduce in all stations before the end of the year an electronic document registration procedure called “Contractual and commercial work,” which will automate control systems. Plans also include improving the technology of delivering goods, providing services to each consignor and developing infrastructure.