By Malika Orazgaliyeva in International on 21 August 2017 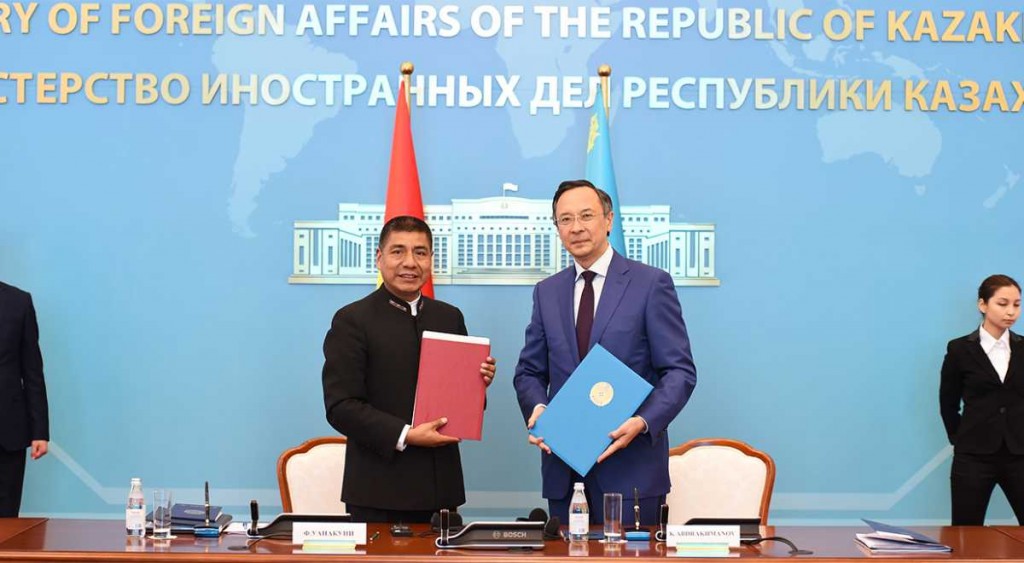 The sides expressed interest in creating and implementing joint investment projects in the petrochemical, agricultural and transport sectors, as well as developing clean technologies and renewable energy. Bolivia is ready to develop mutual partnerships not only in the gas sector, but also in the rare earth metals field and nuclear industry, said Huanacuni.

During the meeting at the Kazakh Foreign Ministry, Abdrakhmanov and Huanacuni focused on bilateral and multilateral cooperation.

“We need to expand our joint efforts within international organisations, especially in the context of the mutual work of Kazakhstan and Bolivia as non-permanent members of the UN Security Council in 2017-2018,” said Abdrakhmanov at the joint press briefing. 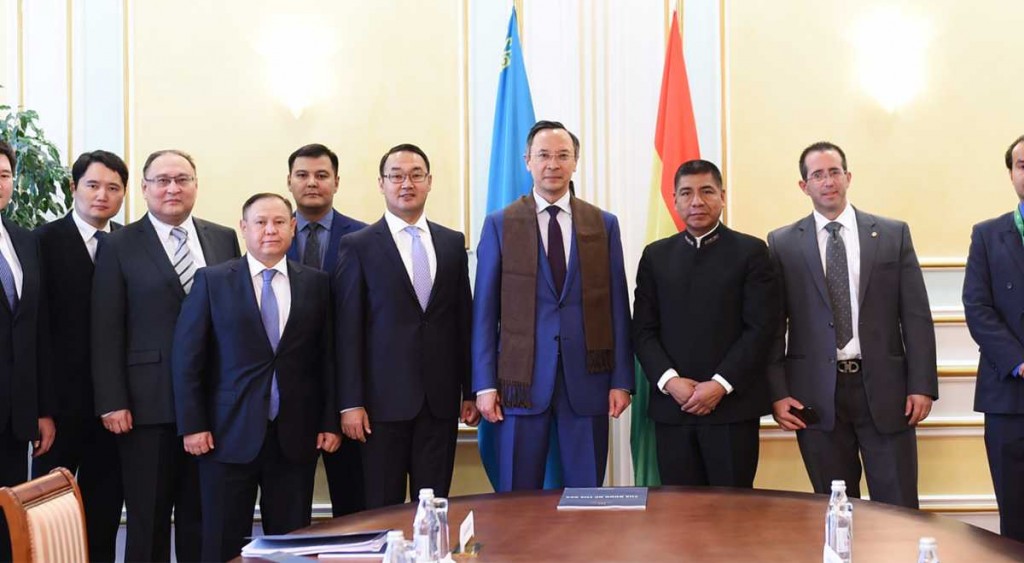 The sides discussed developing bilateral relations and the practical aspects of Bolivia’s participation in the expo, as well as exchanged views on international situation.

“The talks resulted in the signing of the political declaration reflecting the interests of our countries in further deepening political, trade, economic and energy cooperation,” he added.

In his remarks, Abdrakhmanov noted the sides are satisfied with the results of the negotiations, which helped to outline mutual perspectives on the wide range of issues. The two foreign ministries expressed the intention of holding regular political consultations in order to maintain the dialog.

Bolivia is interested in creating a partnership with Kazakhstan in the gas industry. The country currently occupies 29th place in the world and third place in South America in the amount of natural gas extraction, mining more than 21 billion cubic meters per year. At the same time, the nation intends to increase gas production by 33 percent by 2020 and is looking for Kazakh companies which could work in the field.

Huanacuni invited Kazakhstan to take part in the fourth GECF summit, which will take place Nov. 24 in Santa Cruz de la Sierra. In turn, Abdrakhmanov invited him to attend the sixth Congress of Leaders of World and Traditional Religions in the capital in 2018.