ASTANA – The Hungarian pavilion celebrated National Day Aug. 18 with a varied cultural programme. To commemorate the ethnic and economic ties between Kazakhstan and Hungary that have been traditionally strong and are still improving, the pavilion offered conventional folk music performed by the Kun-Captains Ensemble (representatives of the Union of Kuns, the Turkic people of Hungary). 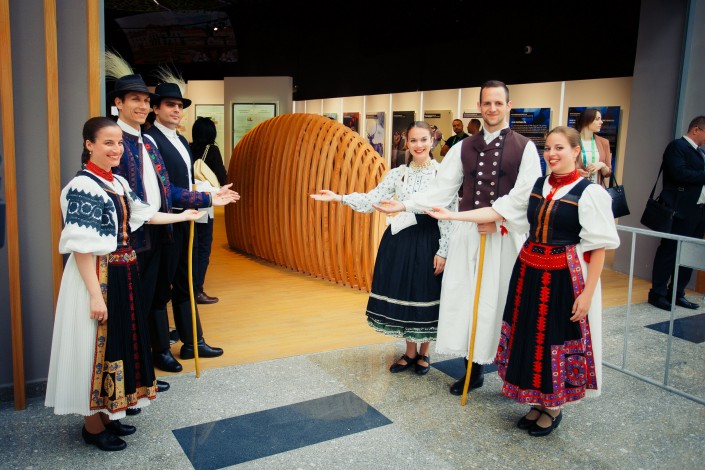 Twelve members of the Szolnok Air Force Band performed traditional Royal Hungarian Army folk music and dancers, musicians and singers presented a grandiose folklore show. The main idea of the celebration was to demonstrate the relationship between the nations.

The official ceremony was attended by Kazakh Vice Minister of National Economy Madina Abylkassymova. In her welcoming speech, she focused on the international cooperation shared by the two nations.

“This year, we celebrate the 25th anniversary of diplomatic relations between Kazakhstan and Hungary. During this period, we have reached the expected development of bilateral cooperation in various sectors, creating the conditions to further unlock the potential of interaction between Kazakhstan and Hungary. The relations between our countries are also strengthened by common historic roots,” she said.

Hungary is one of the key states in Central and Eastern Europe, she noted. Kazakhstan considers Hungary to be an important strategic trade and economic partner in the European Union (EU) space and leading Hungarian companies are successfully operating in the nation.

“As a result of the first half of this year, we are witnessing a significant increase in trade between our countries. Thus, according to statistics of Kazakhstan, the commodity turnover has increased 1.6 times reaching almost $80 million,” she added. 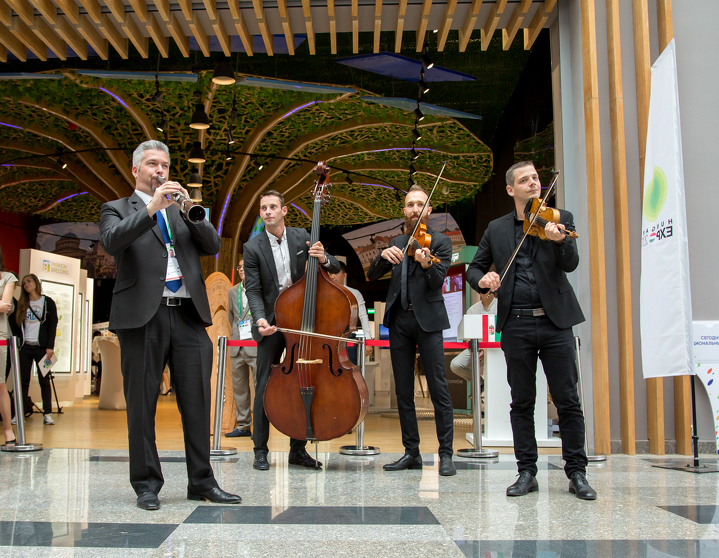 Mihaly Varga, Hungarian Minister of National Economy, arrived in the capital to join the celebration. He stressed the fact the country’s pavilion has welcomed 200,000 visitors during the past two months.

“Hungary is proud of the fact that the friendly relations between our countries have reached a stage where we have a strategic partnership. We appreciate our joint accomplishments and achievements. We appreciate the trust between Kazakhstan and Hungary based on our traditions, which has been strengthened again in recent years. The closeness of our peoples can multiply the opportunities we have today,” he said.

The ancestors of the Kazakh and Hungarian people are connected through the nomadic peoples and tribes who still have descendants residing in Hungary, such as the Pecheneg or Kipchak, according to Hungarian Minister of Agriculture Sandor Fazekas.

“I believe it is important to get to know our joint and intertwined history, but I shall leave the more profound historical analysis to historians. The Tree of Life erected in the Hungarian pavilion represents the past with its roots, the future with its crown and the trunk is the present, the bridge holding it all together. This symbolic triad is also of particular importance, as it can be found in both Kazakh and Hungarian cultural heritage,” he said.

The Tree of Life reflects the country’s main concept. The design with electronic devices and solar panels tells what steps Hungary is taking to move to green energy.

The pavilion’s theme is based on the geographically cost-effective particularities of its available energy sources. The exhibit demonstrates the latest paradigms in electricity and city planning underlying Hungarian principles, a country of water, sun and wind.

The nation’s scientists are working to create enterprises that would work on the principle of photosynthesis. The plants would collect solar energy and through chemical reactions convert it into oxygen, electricity and heat.

“Our relationship goes further than our shared cultural traditions and friendship. This is also reflected in the acceleration of Kazakh-Hungarian external trade relations, as bilateral agricultural trade activities doubled between 2014 and 2015. Kazakhstan is a strategically important country for Hungary’s export and we continue to have a vested interest in further increasing food trade,” added Fazekas.